Oh my god, so we’ll never know what color the dress is! Or maybe there is no real colors anyway, it’s all perceptions. 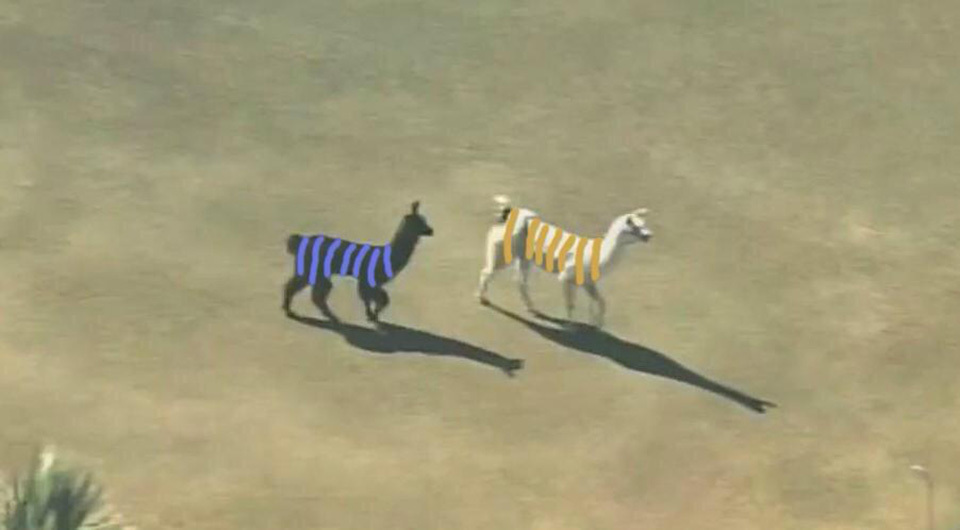 Trying to explain to my SO who doesn’t use twitter, or really any social media, why I was giggling pretty constantly yesterday afternoon/evening was pretty entertaining in of itself.

I must fail at the internet. I saw no mention of anything about dresses until here this morning.

I did see one tweet about llamas, but don’t know what that’s about either.

The photograph, as a source of visual information, cannot be trusted. 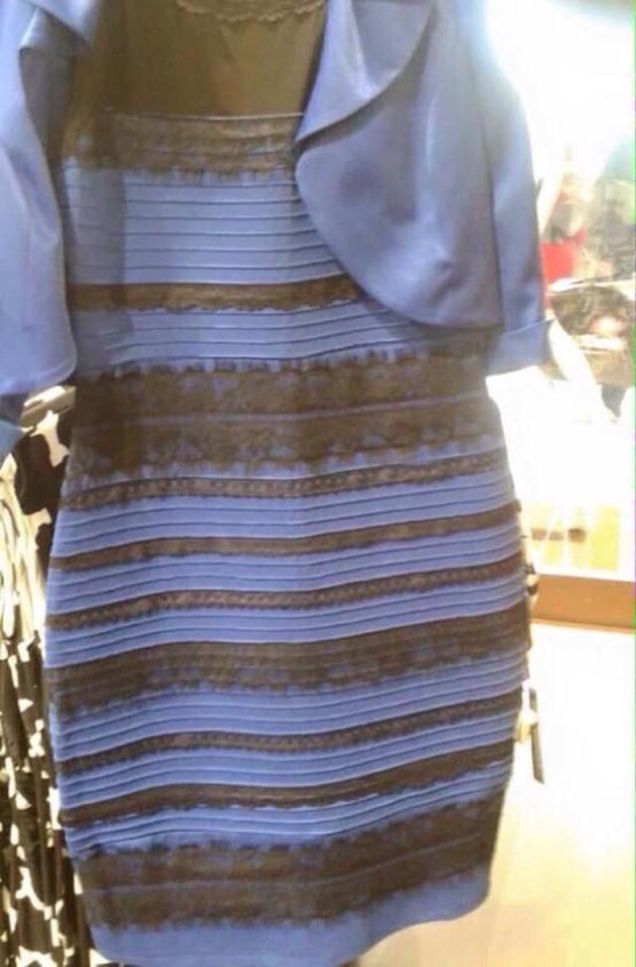 Look at the damn thing. There’s no detail, the highlights are blown to hell, and there’s significant chromatic aberration.

This is so much butthurt over this dress.

Yeah my spouse showed me last night and I was all well what color is it? Looks like offwhite/gold to me but who the hell knows what the proper color is with the bright back lighting washing out things.

I get white/gold when looking at it direct, and blue/black when it is in my peripheral vision

I didn’t get it either until I came into work and that dress that was definitely white and gold on my phone this morning was dark blue and black on my computer at work. Not like a subtle variation, but a totally different color scheme.

I thought it was a different combo, so I looked again at a new image that appeared online: 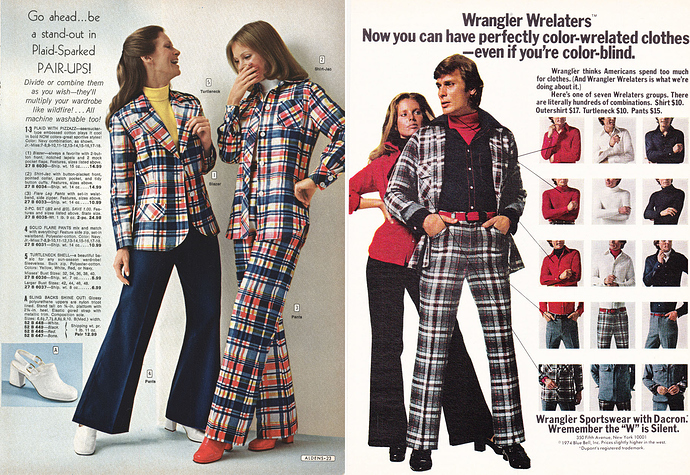 Yep! No Gold at all…

Here’s the picture of the dress together with the dress in normal lighting: 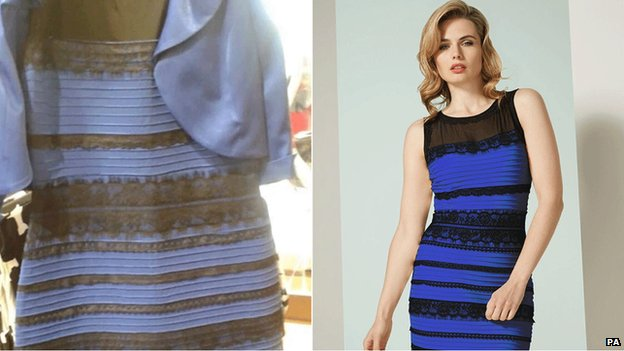 If I tilt the screen back, it goes from white and gold to pretty much the same colour as the right hand photo. 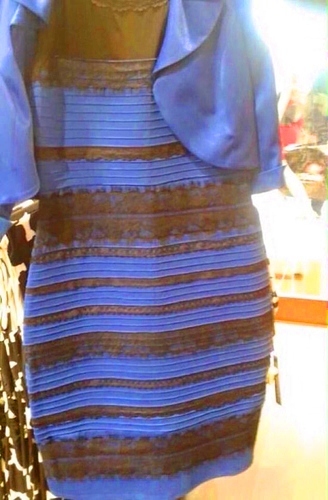 As a graphic designer, you can pry my pantone book from my cold dead hands, thanks.

As a photographer, you can pry my capability to take a photo that looks like the actual thing from my cold dead hands.

It’s not a problem with our eyes, it’s a problem with the camera. Why the hell is this even a thing? They intentionally are fucking up the camera’s color perception with horrible lighting and low resolution.

Hold the thing under white light, and sure it’ll look blue and black.

Under UV light, or red light or green light, you can make the dress look all kinds of different colors. Practically nobody’s monitors have decent color calibration anyway, because monitors are designed to be comfortable to use, unless you pay a lot extra for a monitor specifically designed for graphic design or something.

My color picker extension proves that the dress on the left is a washed out light blue and brown, regardless of whether people see it as blue and black. The majority of the accents are brown. Not black at all. Because this is deceptive lighting.

My color picker extension proves that the dress on the left is a washed out light blue and brown, regardless of whether people see it as blue and black.

I see it as light blue and brown now, but when I first saw it it definitely looked white and gold. It’s not even a subtle difference, and I can’t change it back. While from the photographer’s perspective it’s a crap photo, they managed to chance on an optical illusion that’s more convincing than most.

I like the white and gold one better though.

All this talk about white and gold broke my brain.

Funnily enough I always saw it as light blue and brown, and can’t get the illusion to work at all.