SUV hits a bike and runs off

An administrator at a private high school in Tennessee is accused of striking a bicyclist with his SUV in a federal park and then driving off. The incident was caught on video by the victim’s friend.

Marshall Grant Neely III, 58, of Franklin, was arrested Sunday night by the Williamson County Sheriff’s Office on several charges, including felony reckless endangerment, leaving the scene of an accident, failure to immediately notify of accident and failure to render aid, authorities say.

Neely told Police a “man and a woman were standing in the road & threw the bicycle at his car.”

“The Natchez Trace Parkway is a designated bicycle route, and bicycle traffic increases dramatically on the weekends and holidays. In Mississippi and Tennessee, bicyclists are allowed to use the full lane of traffic to ride in when necessary,” Acting Chief Ranger Calvin Farmer said in a statement.

Marshall Neely, a University School of Nashville dean, was arrested after he was caught on video hitting a bicyclist with his SUV and driving off, Natchez Trace Parkway officials say.

His first day back on his bike, and this happens. I wonder if he’ll have an aversion, like, the rest of his life.

the dean of USN? oh, man, that’s where all the socially progressive hoity-toity families go.

Neely told Police a “man and a woman were standing in the road & threw the bicycle at his car.”

Awww, deny abuse, reverse victim and offender. How sweet of him.

The driver accused of hitting a cyclist on Natchez Trace Parkway has responded to video of the incident following his arrest, saying, “I’m not a bad man.”

“I feel very badly for the gentleman who collided with me and I assume we’ll see each other in court,” the driver told NewsChannel 5.

“I only knew that I hit him when I got home and I answered the phone and got a death threat,” Neely said. “Since then, I’ve gotten at least 40 death threats.” 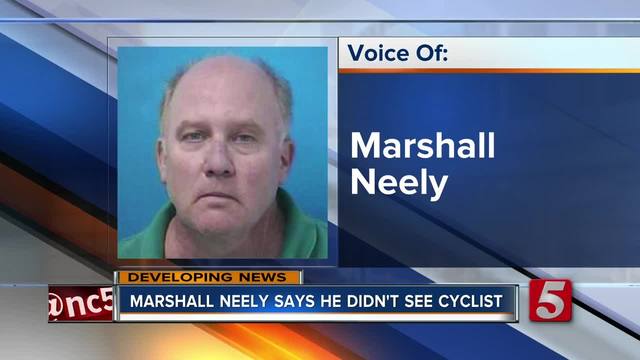 Natchez Trace Driver Responds To Video Of Cyclist Being Hit

The driver accused of hitting a cyclist on Natchez Trace Parkway has responded to video of the incident following his arrest.

“I only knew that I hit him when I got home and I answered the phone and got a death threat,”

That’s a pretty long way from ‘threw his bicycle at me’.

This guy will be pardoned. I’d like you to meet your next White House press secretary.

He’s going to look even better after the settlement.

I’ve had aggressive Ford F-150 trucks veer at me in the bike lane of my fair city.

I have a rear mounted camera, and I am in the market for a front mounted one that is not a bajillion dollars.

I ride with a pair of $85 action cameras, one forward, one rear facing. The thing I like best about them: they calm me down. I react a bit more calmly when yakking with both dufus and intentionally harrassing drivers. Not a lot of reason for me to need to yell, I’ve got it all on film. Of course, sometimes, even that’s not enough to calm me down after some amazing incident. But, I’ve found that I’m most effective at getting folks to recognize the errors of their ways when I’m calm.

The iON Speed Pro is a 1080p HD action camera made to document your every move while driving and wirelessly upload to Facebook or YouTube to share with friends or family in an instant. The package inc ... 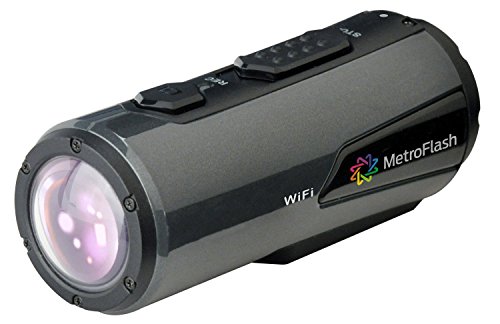 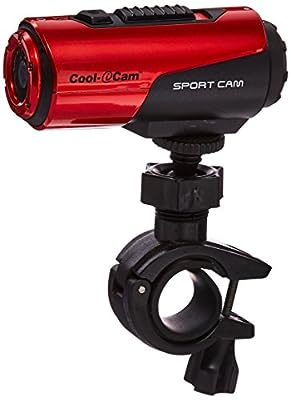 Waterproof up to 3M/10Feet. Its Robust design is perfect for all youngsters, even the heavy handed. They will soon realise how easy it is to take HD Photos and videos with the Cool-iCam. Perfect for a ...

Thank you for the run down. I’m quickly running out of bar space.

Update : “Driver accused of hitting bicyclist on Natchez Trace indicted by federal grand jury. Marshall Neely III, 58, is charged with reckless aggravated assault, lying to a federal agent and obstruction of justice. If convicted of all charges, Neely could face decades behind bars.”

But, I’ve found that I’m most effective at getting folks to recognize the errors of their ways when I’m calm.

Intentionally harassing people calms some folks down in a way that sounds analagous to the effect your cameras have on you. They also believe others need to recognize the errors of their ways. Good luck out there!

My approach to feeling ‘correct’ is to momentarily check my rear view mirror as I drive away from harassers - and then after a moment, stop using even that and move my whole self on entirely from the engagement that I have no desire to be part of.

lying to a federal agent and obstruction of justice.

LEO are not fond of the bamboozle. They respond, often times, with full court press.