Talking diversity in comics with John Ridley, writer of 12 Years a Slave

This is supposed to be a Louis Hughes reference I take it?

…such topics as the casting of Michael B. Jordan as the Human Torch…

That sounds fine to me, but are they changing the story so Sue Storm (now played by Kate Mara) is no longer his biological sister? Because otherwise Mrs. Storm must have had some 'splainin to do… 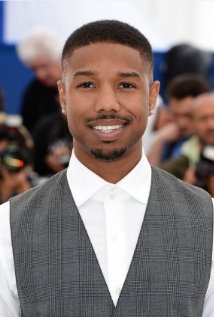 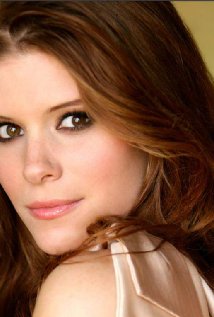 They may be the children from an inter-racial marriage or blended family. It is the 21st century after all.

With those particular actors I think half-siblings, adopted siblings or step-siblings would be the most plausible. Though you never know what the makeup team will do with them, I guess.

Were there such widespread objections to Idris Elba being cast as Heimdall?

you mean that minor side character who people have only a cursory knowledge of? Yeah, there wasn’t a big fuss about that, much like no one noticed that Fandral is played by a different actor in Thor 2.

There was a bit of a fuss by a few over Elba’s casting but I remember the news covering the minor fuss being more prevalent than the fuss itself.

The fun part of that fuss was the fussers claiming not racial bias but ‘upholding’ or ‘staying true to’ Norse Mythology were their motivations for being upset at Marvel - All while not seeming to care or ever making a fuss about all the many other ways Marvel has totally altered Norse Mythology in their comics for decades.

Plus the “I’m no racist, but…” hand-wringers seemingly missed the whole premise that Asgardians were worshipped by the Nordic people, but weren’t actually of Nordic descent.

There was also some fuss about Michael Clarke Duncan being cast as The Kingpin for that Daredevil movie—which by all accounts had much, much bigger problems than the villain’s skin color.

I actually think Michael Clarke Duncan was perfect for Kingpin. The rest of the movie, however was just bad.

I agree. It’s hard to fault the decision to cast one of the few 6’-6", 300-something-pound actors in Hollywood who actually had some talent. Too bad they didn’t give him any opportunity to use it.

Even more incredibly, there are people who still gripe about Samuel L. Jackson playing Nick Fury because he was originally white in the comics.

Given that Marvel specifically started drawing him to look like Samuel Jackson years earlier, the complaints were spectacularly stupid even by the standards of racists.

I’m happy that movie studios are willing to cast black and otherwise minority superheros, but sad that they still resist female ones. Disney got over it and has strong princesses now, so…

I do have to give Disney credit for that… Brave passes the Bechdel test with flying colors.

While I understand all the reasons, what I find still puzzling and sad is that there is this need to “reinterpret” and “move” and whatever… things that are so freaking old they would be in a retirement home complaining about kids this days.

What I mean is, I find it sad that there is this “war” between people that want stuff exactly as it was when they were kids and people that want to make that kind of stuff racial diverse or GLBT friendly or whatever…

… what about NEW stuff? What about being inspired but at the same time bringing something new to the table and create new universes, new works, new characters? Why is our “culture” so invested in the same old stuff? This F4 stuff is very boring to me; the previous movies were atrociously bad, this one doesnt look much better in principle… and the question for me is WHY. Why go to do a new, diverse, 201* version of something that was new when bellbottoms was in vogue, and why should we care, instead of being surrounded by new, actual 201*, original stuff?

Note: Just to be clear, as long as this kind of stuff keeps being done, I’m more than ok, I’m 100% behind modernizing it and having role models for all people of all races and orientations and all that. But really, I’m the only one that fears that “geek culture” or whatever is maybe a bit too much focused on the same old things instead of really producing new stuff?

My solution to the problem is pretty simple: make new characters! It’s worked fine with the new Ultimate Spider-Man and Batwing (the African Batman). Changing the skin color of established characters is just shallow and lazy.

My solution to the problem is pretty simple: make new characters!

That’s important too, but it ignores the question being debated: should people get upset if Hollywood makes a movie adaptation using an actor who has a different skin color than the character had in the comic books?

I’d argue the answer to that question is “no,” unless race is an important aspect of that character (i.e. making “Black Panther” a white guy would be offensive and contradictory to the character’s African roots.)

Okay, so let me play Devil’s Advocate. What about movies like Dragonball Z and The Last Airbender? People were furious over characters they perceived to be Asian being played by white actors, but you can’t really claim that being Asian is an important aspect of the characters because Avatar takes place on another world and Goku is an alien. They have no Asian roots but it’s considered offensive that they made those casting decisions.

A fair question. I think the problem in those cases is that non-white people are already under-represented in Hollywood, so it feels like an insult to the actors who actually did look like the characters.