Tax Avoiders might be one of the oddest games ever made

Originally published at: Tax Avoiders might be one of the oddest games ever made | Boing Boing

Pitfall 1 and 2 were probably the best games that used the full capabilities of the Atari 2600, but I’ll admit my experience was nowhere near the full catalog of games.

At first thought the game had a surprisingly snazzy cover of Aqualung as its background music before realizing that was just the theme for the review show.

It is a snazzy cover of Aqualung, though.

Why anyone thought a game about ducking the tax man would appeal to kids is beyond me.

Maybe it was an Ender’s Game and/or The Last Starfighter scenario at play where adult tax cheats were trying to tap the next generation of creative accountants.

At the time, video games were almost exclusively viewed as children’s entertainment.

A bit less so in 82 from what I gather, particularly around Atari.

Atari and the 2600 grew out of arcade machines, which developed in part it of entertainment machines like pinball and what have. The big, early, successful video game cabinets. Particularly Pac-Man and pong. Did it significantly through being in bars. And early video arcades frequently allowed smoking and drinking.

The target was a lot more adult often enough back in the day.

My parents received an Atari 2600 as a wedding gift in 81, they didn’t have any kids yet. And it definitely wasn’t gifted with the idea of being for their future kids. LOTS if the kids I grew up in had early home consoles that their folks had acquired for themselves hanging in the basement.

It seems like it home consoles were a big reason it shifted towards “for kids”. Especially Nintendo. A lot of those things were coming out of toy companies, sold in toy stores, etc.

A lot of the really bonkers Atari games make a lot more sense if you think about the 2600 being sold to adults in the Sears electronics department.

You mistyped “oldest”. Of course it is. That game predates computers by hundreds, if not thousands of years.

At the time, video games were almost exclusively viewed as children’s entertainment.

These “adult” games share the common features of having terrible gameplay

The arcade game Lover Boy had almost as much work put into the game play as the horribleness of the theme. I don’t know if that one was ever distributed. I saw it up in a suite at an arcade industry convention.

As a kid playing PC games in the early 80’s, I had to ask my dad for an explanation for the built-in boss key, which would switch from the game screen to a very rudimentary spreadsheet or some other decoy app, to hide the game from a passerby. Even as a kid, I could never see anyone ever buying the chintzy screen that popped up after hitting the boss key. 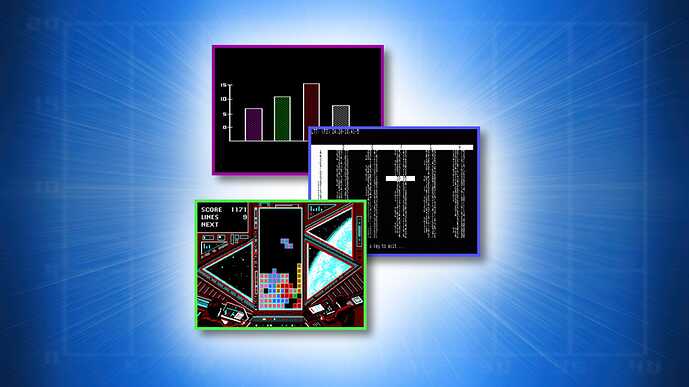 Gaming When You Should Be Working: The History of the Boss Key

In the days before multitasking PCs, gaming at work could be dangerous: The boss might walk in and catch you at any moment. But by pressing a boss key—a panic button that quickly hid your game behind a fake work document—you could potentially get...

Even as a kid, I could never see anyone ever buying the chintzy screen that popped up after hitting the boss key.

i think people liked silly jokes even in the eighties. that’s my take anyway

hey. no smoking in flynn’s okay? 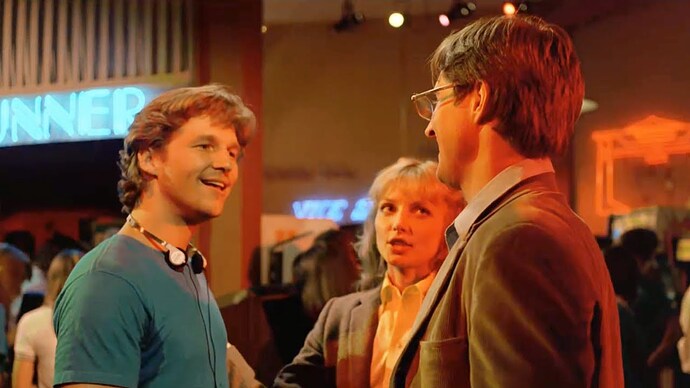 Tax Avoiders for the Atari 2600 is one such game. At the time, video games were almost exclusively viewed as children’s entertainment. Why anyone thought a game about ducking the tax man would appeal to kids is beyond me

The Atari 2600 was pretty squarely aimed at adults. It wasn’t until Nintendo consciously did so in their marketing that game consoles became “for kids”. As @Ryuthrowsstuff said, all through the ‘70s and very early 80s, arcades were adult fare. Many pinball machines had ashtrays built in and the arcade machines often had drink holders for your beer added by operators. The focus shifted to teens when arcades realized that’s who was in there spending the most money.

Tax evasion was also a surprisingly common theme. Other examples include a Pac-man clone for Apple II called Taxman, and the Intellivision game Lock & Chase, which was rethemed by the publisher but was written about taxes. Why is tax evasion such a common theme? Because these games were all written by well-off single white guys with libertarian tendencies created by extreme privilege blindness. Same as it ever was.

To be clear, that is not speculation on my part. For several years I co-hosted a podcast that interviewed many game writers from that period. In general, these are white men who have a lot of…. shall we say… opinions… about government. You should hear the stuff we had to cut in the edit. Something happens to men’s brains when they spend six months in a room writing a game, then get instantly wealthy overnight from it (which was very common in the 2600 era). They very quickly believe they earned that money, that luck played no part, and therefore the government has no right to it.

The only game on the 2600 that I recall our family getting together to play multiple times was Star Raiders. All the others were 2-3 plays and done. But be damned if I can remember what went on in it, decades and several hundred (probably thousands) of computer games later…

I recall seeing a lot of “financial simulations” being advertised in computer gaming magazines. Here’s one (SQUIRE)-- and yes, tax sheltering is mentioned. 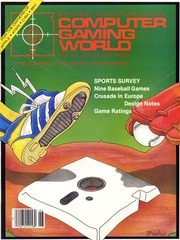 It makes sense that people who buy computers to manage their sketchy investments would be interested in games about them, but an arcade game “skin” reflects a real obsession.

After toying around with the Atari 400 for a bit, my kid imagination was left unimpressed with the neighbor’s 2600, and now I kind of get why. Indeed, finding the Nintendo was like discovering the Holy Grail.