You mean vacuuming the forest floor like the tRump / Donny Two Burderers says?

PS. Kids stay well away from those wind mills, they cause cancer, ya know.

May a wildfire threaten the houses of all the telcom company execs involved in this crapfest.

This just a few months after the Verizon superbowl ads where they were so busy patting themselves on the back for helping first responders. Which was just a few months after Verizon threatened fire fighters with shutting off their phones if they didn’t upgrade their plan while in the middle of fighting a forest fire because they’d gone over usage while in the middle of fighting some of the worst forest fires California had seen in decades. 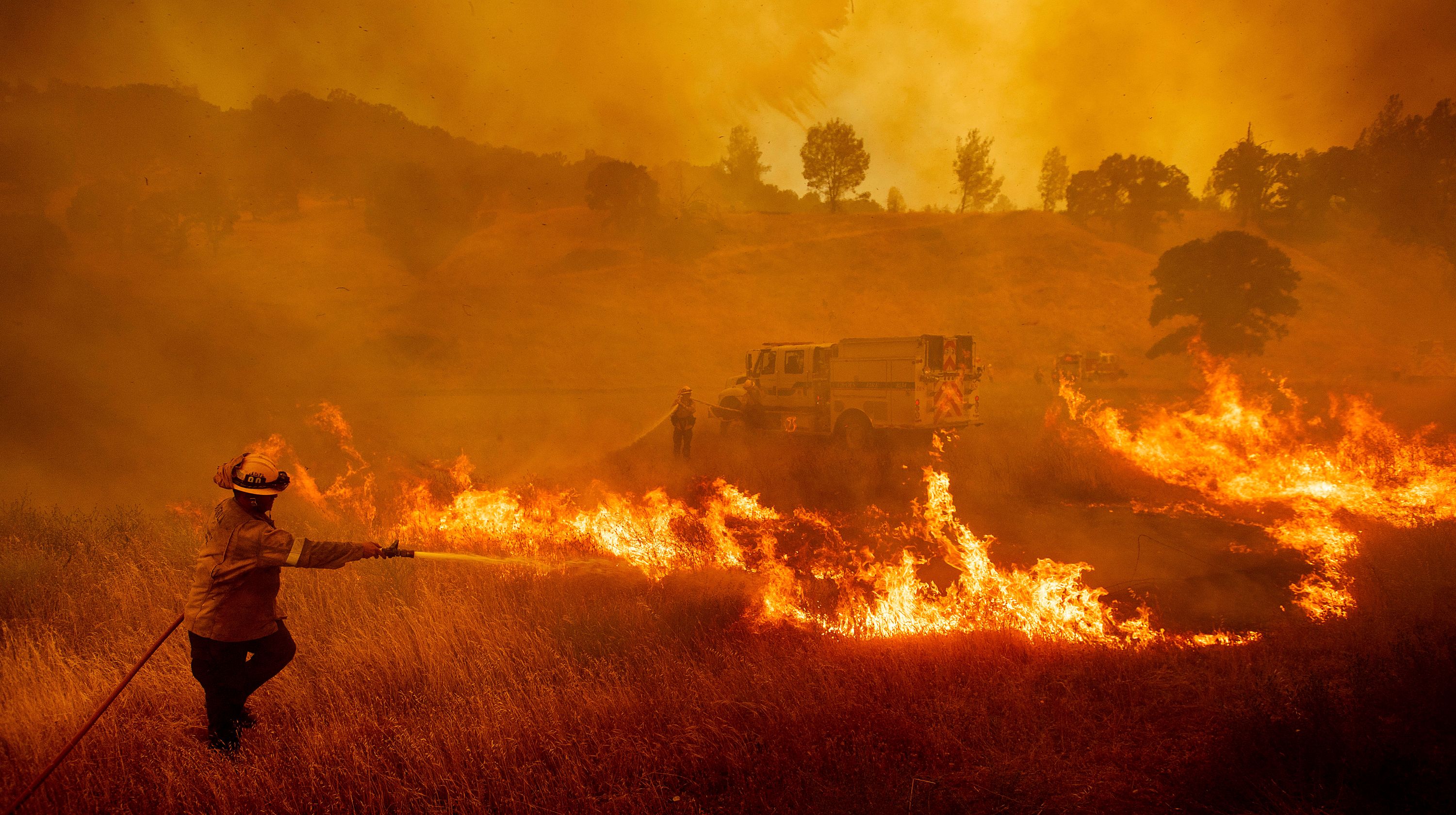 Verizon paid tribute to California first responders in a pair of Super Bowl advertisements Sunday following criticism for throttling firefighters' data speeds last summer during the one of the state's...

I’m very seldom excited you’ll find defending telecom companies, but they do have some points here.

More importantly
2) The cases where this has happened, the departments were on a consumer connection, so they were hit the same as everyone else when the shit hit the fan, and they got the same crappy, slow customer service when they called the company about it. The service they need, with guaranteed uptime, and 24 hour direct access to an account representative, exists. It’s called an SLA, and it’s much more expensive. If that’s the level of service they need, they should buy that plan, instead of buying a home plan and
complaining when they get what they payed for.

telecoms are now, obviously, a utility and need to be regulated as such.

The State can just force telecom companies to provide fast access to first responders of all kinds, as part of their basic taxes. The same companies want firefighters, police and ambulances to respond quickly to disasters at their own companies, why are they damaging the response time?

I just switched to verizon prepay and like that it is just a few button presses in the app to instantly upgrade to a higher data plan. Then I can downgrade before the end of month. It is a pretty great balance of control and capability. So much better than the old days when you had to commit for two years to paying every month for the max you might ever need.

I am sure this is going to cause more hiccups for firefighters who forgot to tell or prove to verizon that they are firefighters. They will probably wait an hour on hold with customer service when the fire hits the fan.

The State can just force telecom companies to provide fast access to first responders of all kinds, as part of their basic taxes.

Then the law should be enacted to do that, instead of going around creating an exception for firefighters which would lead to an extra administrative burden to both parties.

If it is passed in the current form, the carries will not throttle but probably overcharge all those extra MBs, and the cycle will start again.

Verizon operates on a shoestring budget guys, and cannot afford to let extra packets of data flow in times of a crisis. When they charge you 140 dollars for 4 gigs of data that’s because that’s what 4 gigs of data costs to send through a fiber optic cable. If firefighters really cared about saving lives they would upgrade to the unlimited* don’t die in a fire package for the few hundred bucks extra per man it costs. It’s not that hard really, just get more money than you have now, and give it to Verizon, or people will die. Legislation doesn’t need to come into play here.

*Unlimited refers more to the revenue sought by Verizon and not actual service provided.

WTF is vauge about “impair or degrade”?!?
All it means is that the product/service specifications should be no less than what it says on the packaging.

Bingo. They already do this for government, education, and medical entities.

Another option is to cut out the telcos entirely and create a publically owned state wide administrative telco. They could carve out existing telco service from the commercial entities as a tax on doing business in the state.

the bill would result in "serious unintended consequences, including needless litigation."

CTIA is a group I haven’t heard about in a long time. In 2011-2013 I worked for a software company that did work for them and a few telcos trying to ferret out fraud, verify advertisers before they came on, etc.

Yeah, turns out if we didn’t do our business well enough, those groups lost money because people cancelled services, lawsuits would happen, the Feds would step in, etc. If we did our job TOO well, and took down too many fraudsters, we also got dinged because those groups all made part of the cut from the fraudsters because they pay to advertise on the system.

CTIA was more than happy to fund this because it kept the Feds out of their business, and of course the 4-5 of so big telcos are who pays their bills.

I’m not surprised by any of this. You can arguably switch providers (although I’d argue they’re an oligopoly) but you have no say in what the CTIA does.

Is this supposed to be a joke? If it is, it is NOT funny.

Why are those lobbyists not being indicted on charges of criminal mischief?

complaining when they get what they payed for.

Or, verizon could have simply said “This tragedy has demonstrated needs that verizon and the local governments will ensure are resolved.”