That Arctic doomsday seed vault? There's backup copies of cannabis in there, too. Lots

As I was reading this article I was thinking that we need a backup-to-the-backup, as well as a recall process for field offices that get into trouble. Those field offices should be able to pack up and move more easily. And the Svalbard place should have a second location, perhaps Antarctic, in case of meteor strike or nuclear war in the Northern Hemisphere.

The Millennium Seed Bank has a different approach (not one vault but partner institutions all over the world), but is similar to the Svalbard Global Seed Vault in extent and objective.

Why is this newsworthy? In a setting where these seeds would be needed you probably won’t have reliable painkillers. Marajuana/Cannabis would be useful for both pain moderation and as an option for siezure medication (depending on what wiring is wrong.)

I would even want poppy and other plants included in the vault.

Glad ot know the doomsday vault isn’t a one of a kind thing.

This location (and the less-publicized storage facility next door) was featured in a Futurama episode about the dangers of trying to preserve biodiversity and ecological balance. 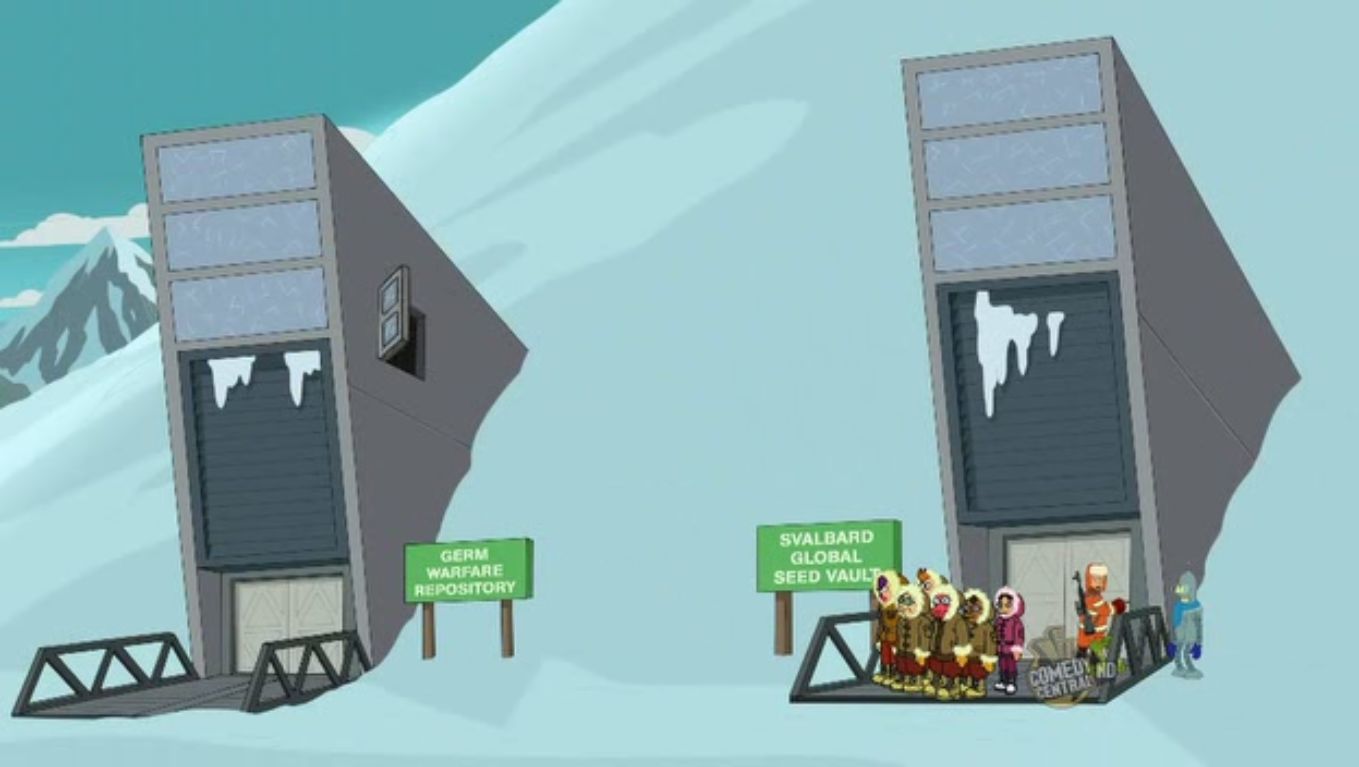 I would even want poppy and other plants included in the vault.

Just one more reason to drop a neutron bomb on this moribund, hippie’s fantasy.

Do we really need lunatic-lefty projects like this encouraging insane dictators to blow up the world?

Now I think we need one of these seed banks on Mars.

Srsly I think any one of the Lagrange points would be good for this. Need some kind of automatic return protocol so you don’t actually have to go up there and get them though. 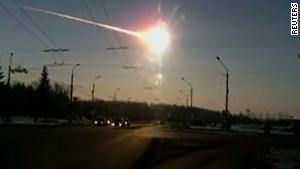 Don’t worry it was supposed to air-burst. That’s the dispersal method.

I’m a fan of both the seed repository and cannabis, so I’m cheered by this news. But remember that cannabis doesn’t breed true; the plant that sprouts from a cannabis seed isn’t particularly similar to the plant that produced the seed. It’s like the apple in that respect. That’s why commercial growers of both plants use cuttings, not seeds, for propagation.

I’m a fan, too. Anyone into gardening will appreciate the stuff these guys have been doing for quite a while, and I’m posting it even though I didn’t make the cut for heritage apple starts this year:

But what strains do they have stored there? O.G. Kush? Sour Diesel?

As I was reading this article I was thinking that we need a backup-to-the-backup, as well as a recall process for field offices that get into trouble. Those field offices should be able to pack up and move more easily.

I’d go for sequencing all the DNA and storing it digitally in multiple locations. Then not only everybody could see the genome of any stored strain, but also could borrow genes for new variants, and in case of need resurrect the old heirloom ones by ordering the DNA from the sequence.

A complementary approach to the physical storage of seed samples. Anybody then could have the gene bank on their hard drive. Put it on bittorrent and anybody could get a copy of their own.

…then we need cheap, affordable DNA “printers”. I’d have some idea…

I think we are getting there with this. Not quite there, as accurate sequences are still subject to a huge amount of hand labor. The cost of a full sequence is dropping, as well, which will help with these efforts. The thing which we need more raw data for is the map. We are doing so-so with this, especially with the recent revelations that there are far fewer genes than we originally thought. However, the complexity of their interactions is what eludes us. Without a large raw dataset of many variations of the same species, we will have a hard time picking them apart. With a big set, we can algorithmically deduce clusters instead of having to do everything experimentally. But soon, dear Shaddack. We will have our lasers and our sequencers and our 3D cell printers too.

Hoping they’re preserving Charlotte’s Web since it’s a low THC strain that has been shown to help with seizures.

Hello? Xeni? You’re a writer, I understand? That should be “There are backup copies…”