The African princess that championed Pan-Africanism

If you’re tired of Black Americans living in “your country,” you can address the complaint with your dead ancestors.

Not to mention that the slavers went out of their way to ensure that their human chattel would be denied any knowledge of where they came from in the first place.

Enslaved people were forcibly stripped of their cultures, their languages, their families and even their names. Their ancestry and history was literally beaten out of them. As a result most modern descendants of enslaved people don’t even know which countries their ancestors hailed from.

Pretty much the comedy level of a fucking third grader raised in a racist household. I’m not even sure if Mike here should be online without his parents permission.

As an aside to this story, I’ve always found the story of Liberia to be an interesting and somewhat tragic tale- In the aftermath of the abolition of Slavery in the USA, some people, both black and white, really did believe that the best course of action was for former slaves to return to Africa, and build a new society there. The subsequent events just demonstrated exactly why the notion of “go back” was not going to work. 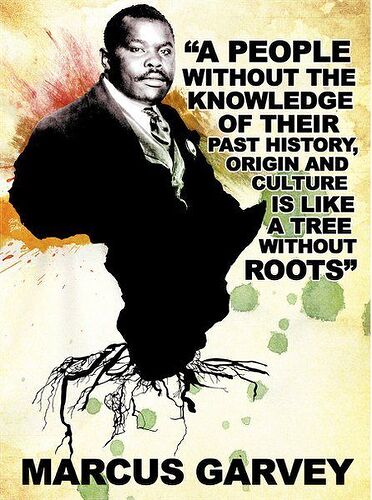 As a genealogist who has helped many people who had ‘brick walls’ in their ancestry, I was arguing for decades that what the U.S. government should do is spend the money and hire the investigators/researchers to amass, annotate, and put into a searchable database any and all documentation we do have to at least get as much ancestral history as possible to currently-living African-Americans.

And then, consumer DNA testing became a reality. So now I say, if there’s a way to protect privacy (duh!), the government should be testing everyone who wants it, putting together a giant extended family tree showing people who they are currently related to and where in Africa those roots came from. We are now in a place where that is do-able. Expensive and time-consuming, but do-able. And SHOULD-do-able.

If you take away someone’s family, you have to at least get them back to whatever family they have left.

If you take away someone’s family, you have to at least get them back to whatever family they have left.