The antique tech shortage that hurts the vinyl boom

It’s the whole process-half-speed mastering, proper making of the stampers and not pressing them for hundreds of thousands of pressings like in the old days, proper pressing time, correct weight and quality of the vinyl all add up.

“LPs now represent about 9 percent of sales in physical formats” 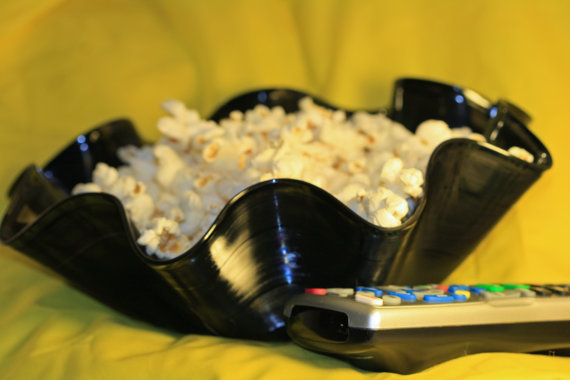 I have a similar feeling about my vintage mechanical cameras–if I want a good picture, Mr. Brain has to do all the work. And users of vintage gear are in a similar spot as the record pressing plant–if say, a spring goes an old Synchro-Compur shutter, you may be SoL for getting a part. For some models, the number of qualified repair guys is very small. You learn were they all live. (I know what you’re thinking, so save it, I’ve heard it all before a million times, and I do not care).

Ha! I was actually thinking, “my mom has a large format camera that needs some work, I wonder if you’d tell me where all these repaircritters live”

It’s not as much sound quality, although as has been mentioned here, records can’t be crushed under a compressor like cd and digital and still be cut. It’s the ritual. It was said here before but those who dismiss it
Are missing the circular nature of technology.
The LP came first, but you can’t put One in a a car so enter the 8 track. Sound wasn’t as good but it was portable. Still more portable the cassette and the cd. Cd is the obvious exception as it can offer a far better quality but yet it doesn’t. It doesn’t because the labels wanted Loud. Of course digital is the most portable yes but it s lossy and suffers from lukewarm quality at best. But always in the background was the LP. And as technology is circular, it comes back Around again. Just because it’s convenient doesn’t mean it’s better.

Records are fun. I own several hundred. I see the current interest in vinyl down to a few factors and they ain’t pretty:

The “return” of vinyl (it never went away) is, imho, a fad driven by the majors in the music industry recoiling in horror from a present where they don’t control all modes of promotion, reproduction and distribution (like they do with vinyl). It feeds and is sustained by a public interested in every aspect of the business besides the music itself: The packaging, the shopping, and the strangers who may now look upon what you have bought while you are buying it.

The fact that the majors can, again, put the squeeze on the minor players despite the level playing field of digital distribution is greatly discouraging. At least some of the little records stores are probably raking it in during this bubble. That may help a few more survive and I can only be grateful for that.

: ) I wouldn’t go that far. There are really amazing listening experiences possible. It’s more a question of does the consumer really want that much extra precision, or just wants the cachet of affording it. Similar to how many people actually put their Ferrari or Lamborghini through its paces.

It’s more a question of does the consumer really want that much extra precision, or just wants the cachet of affording it

As you mention, it’s vastly the latter.

Oooooh, they want .wav files then!

There’s nothing inherently or technically “uncompressed” about the vinyl format.

That’s my recollection – the dynamic range of music had to be compressed for vinyl. The first CD recordings (especially of symphonic classical pieces) surprised people, who listened to the quiet moments with the volume turned up, only to be blasted by the decibels at the loud moments. Took a while to learn that CDs had a higher dynamic range than vinyl.

And no annoying pops and crackles, either. Why vinyl is popular today continues to puzzle me (along with the mere existence of $5000 “audiophile” ethernet cables).

Thin ones warped easier. Some even came that way! I recall starting to open the package at the record store to check, before accepting it.

It’s weirdly satisfying to put on an LP. I know the sound quality isn’t as good, but it makes the music more valuable in a way. You haven’t clicked on a file icon. You’ve set up this mechanical device. It has a ritual to it.

But even still, they take the CD master and use perceptual and lossy encoding no matter the bitrate. Not that I can usually tell the difference, but it might be ever so slightly noticeable on certain content.

Yes it was less quality & duribility, and the weight of the new Vinyl Record is 180 -188 grams. A significant difference, will last longer & more durable. Have a nice day.

Okay. Do you claim that it takes more time to make them that way, and that this is the reason that vinyl plants are back-ordered?