The book of Genesis

These images clearly display what Nintendon’t.

I gasped a little. Is that a Neptune?

That’s not an Amiga. Hell, it’s not even an Atari ST.

I was too old to be part of the great debate. Instead I was the weird kid with an Intellivision–the gaming system advertised by George Plimpton. They were aiming at gamers who read The Paris Review.

Does Megadrive sound just as weird to youse as Genesis does to me?

Also, I believe I would have killed for a Wondermega back in the day, only the Neo-Geo trumped it in my mind.

Oh, and; SNES for graphics, Megadrive for everything else.

I recall spending the night at a friend’s house, and he and his brother telling me in hushed and reverent tones that they’d gotten a Neo-Geo. Being the game luddite that I am, I immediately dismissed that stuff and suggested we crank up the nintendo for some Mario time. Was Toejam & Earl played on the Neo? So long ago, so many brain cells beaten into submission.

Damn son! I think I remember you mentioning Toejam and Earl from before.

I gotta go and try out that game. (Genesis)

£35 is a whole lot of real moneys for this book, what does that get me that the web does not?

Haven’t you gotten the news? 1980s nostalgia is passé as we Gen-Xers are now part of the “olds”. It’s all about the 1990s these days even though it all seems too recent to be nostalgic about. But in terms of George Plimpton and the Intellivision, I think the connection was that the Intellivision had a lot of sports games, and Plimpton was an athlete and sports writer besides being a literary intellectual

Maybe I’m unconsciously noastalgic for things of my youth? I worry about playing it now and being utterly disappointed in the critical thinking skills of my youth…
But yes, by all means go and play, if anything to check that box of cultural detritus. I’ll likely be doing it soon myself 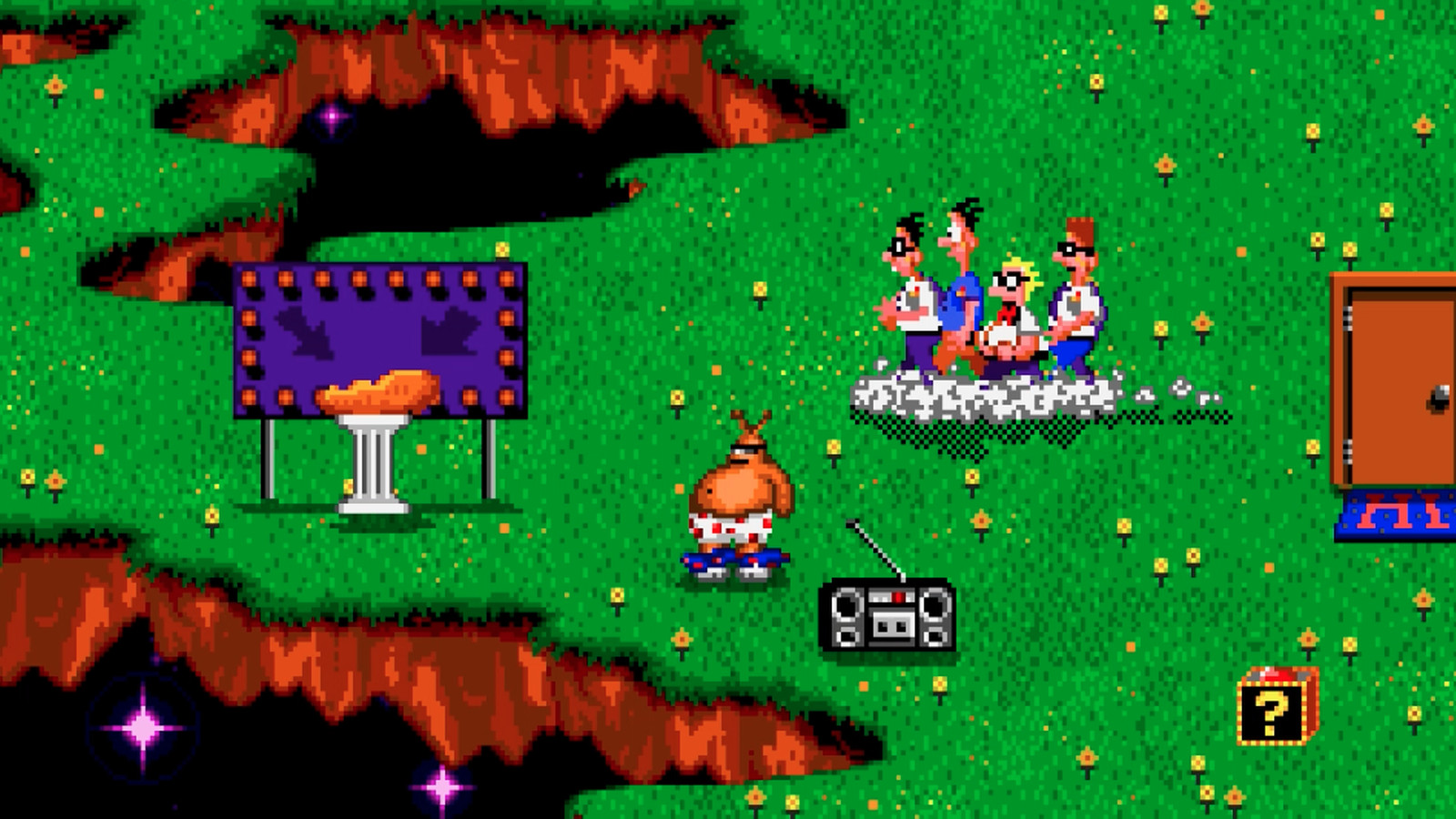 Does ‘ToeJam and Earl’ for Sega Genesis hold up?

Opening presents is one of life’s few consistent pleasures. I enjoy it now as much as I did when I was a little kid. But does the joy of shredding the wrapper off a box to see what’s waiting inside translate into the virtual world?

Outstanding! I recall the upper levels getting successively harder, and I damn well remember the bees…the AI was not appreciated in that game, but damn it was good fun.