The economics of airline classes

Being treated like a human costs more and more these days.

Flying coach vs business isn’t much of a huge difference. The seats are slightly bigger, but last year i got upgraded to business on a transatlantic flight and it was the first time i’d ever gotten to fly business. You’d think my experience would be improved especially on such a long flight. My impression was that it was exactly the same, i wasn’t any more comfortable.

Flying UK to Australia it makes a heck of a difference.

I flew Sweden to NY, not as long as a flight from UK to Australia but long enough. And mind you i’m not tall (i’m 5"6) and i still felt cramped and a tad uncomfortable. Were i paying that much more for business class i would’ve been sorely disappointed.

But airline may have something to do with it too. I flew KLM fyi

i wasn’t any more comfortable.

With fold flat seats, much better food and booze? It’s miles better! (which it should be, since it’s multiple times more expensive).

I used to regularly fly internationally in business with work (8+ hour flights) and it is enormously better, particularly if you have to work when you get to where you’re going. I’d never do it on my own dollar, mind.

all it comes down to is really basic logic/reason. the longer the flight the more important even the tiniest increase or decrease of anything can be a huge hit to comfort.

The shorter the flight becomes, the more of a premium is on the cost and less on comfort.

And it of course makes sense that they make far more money on premium business class or first class seating. I recall pricing two tickets from Providence to Orlando in coach and first class. It was nearly $10,000 for 1st class round trip while coach was a paltry $800. for a measly 3 hour flight it wasn’t worth the money.

Can’t we just have those sleep tubes from Fifth Element?

As a rule of thumb, the only time I consider buying business class is on a flight leg lasting over 7 hours. I’m tall so it’s worth it to be guaranteed some leg room or a flat-fold seat. The food and drink and the rest of the premium frippery is high-markup BS, and I usually have the true luxury of being able to plan out any business trips long in advance.

Being treated like a human costs more and more these days.

You ain’t seen nothing yet:

Can’t we just have those sleep tubes from Fifth Element?

This would make sense if you were talking real money here. The business and First people fly on ‘points’. I’m sure there is some type of money involved with the point system (Like your reward card pays a fraction of a dollar value for a point that the airlines treats as full dollar value) but it’s not real money with a equal dollar value to cash to the airlines bank account.
So any exploration comparing the classes based on the assumption a First or Business Class “Dollar” is equal to an actual currency dollar starts out wrong.

I’d like to see a break down on what class pays what…in cash value to the airline,adjusting for points and rewards programs.

I’d like to see a break down on what class pays what…in cash value to the airline,adjusting for points and rewards programs.

That would be interesting, but in reality there’s so many restrictions the points really don’t count for much unless you live out of a suitcase.

Personally, I could handle the standing-room concept (and I’d greatly enjoy paying 50% or less of the regular economy price). But I just don’t think the concept could work generally. Too many people would buy the seat for the sake of economy, then realize they don’t have the physical capability (or will) to tolerate the situation. And then what do the flight attendants do, with 2 or 3 or more problem-passengers-- like coughs and yawns, the ill-ease would be contagious. They’d be roaming the aisles, sitting cross-legged at bulkheads, or taking “time outs” in stewards’ own seats. Sadly, it’s just more trouble than it’s worth.

My MIL is retired and travels on points from her credit cards. She uses the CCs for everything, utilities, paying for her condo, and her car lease. Everything goes through her CC to accumulate points and she pays it off to zero it out each month. It seems to work for her

Never flown KLM. Singapore Airlines, Malaysia Airlines, Emirates. Emirates were the best of the three, but they were all pretty comfy. MA’s Kuala Lumpur lounge was the best, but it helped to be fond of satay.

I’m a smidgen under 6’, and I never felt cramped on any of them.

My MIL is retired and travels on points from her credit cards. She uses the CCs for everything, utilities, paying for her condo, and her car lease. Everything goes through her CC to accumulate points and she pays it off to zero it out each month. It seems to work for her

And the airline makes it up in their data-sharing agreement with the CC and whatever third parties they flog the data to. The airline doesn’t see any difference (it’s generally a wash financially, the loyalty is their bonus) but your grandmother actually is paying, with the value of her meta data. I guarantee every bit of advertising she sees via the post or online is finely tuned to her electronic profile, and with her probable financial status she likely gets sub-optimal pricing on a range of things on a regular basis and doesn’t even know it.
Not that your gran isn’t a presumably a fab lady of course, just doesn’t realize she’s being snookered is all.

Philippe Jose Farmer had a future where they had tech to turn you to stone temporarily in your home, and they’d collect you and toss you and other passengers into a cargo hold like cordwood. You’d wake when you were delivered to your ultimate destination like a Fedex package. Now THAT’S travel!! Unless of course they lose you like a Fedex package…

I’d be OK with being sedated at check-in and being stacked onto a pile of stretchers loaded deck to ceiling, and then woken on arrival.

My impression was that it was exactly the same, i wasn’t any more comfortable.

I flew business on my last flight. My choice was 12 hours crossing the Pacific while needing to crawl over two other people every time I needed to go pee, or eating snacks that I didn’t have to bust out a credit card to get. It wasn’t much of a choice.

I’d be OK with being sedated at check-in and being stacked onto a pile of stretchers loaded deck to ceiling, and then woken on arrival.

I’m up for anything that makes flying less shitty. Stick me with that needle.

While I’m sure marketing data is part of it, the real value of the card is getting customers to rack up consumer debt. An average interest rate on a miles card is something like 16% and a typical debt carried on credit cards is also about 16k.

Supposing that the airline gets around 60 bps or 0.6% for holding the card, that by itself is about $100 per customer per card if you make it to the top of wallet and more if the bank meets its target profit for that customer, which is a win for the airline.

Mastercard charges 10 cents plus 2.30% for an airline card to the merchant and it’s not unreasonable to attribute about a 1.5 cent value to a point. While I doubt banks actually pay that much, if they do, that still leaves around 0.8% profit on every transaction.

Bringing this back to the video, suppose that you want to fly from London to New York. If we plug that route into AwardHacker, we can get that the cheapest redeemable flight that doesn’t have a fuel surcharge runs about 40k miles. At 1.5 cents a mile, that’s $600, which isn’t far off from the $872 quoted for how much the carrier charges per seat, though I think it’s finding a deal. A lot of older airline award charts would quote 55k miles to get to Europe, which comes out to $825 dollars (plus taxes) that bring it very close to $872.

The example mother in law is still making the banks money despite not carrying a balance due to the interchange fees and it’s easy to see why.

So far as the picture above: I’ll take the blue-class any-day; so long as I get a window. Granted, I’ve never needed a last-minute / rush flight in my life.

They’ve ‘got us where they want us’ and we all know it !

This was just on the evening news (YAWN: The McDonald’s airport food, made by parolee’s, is better): 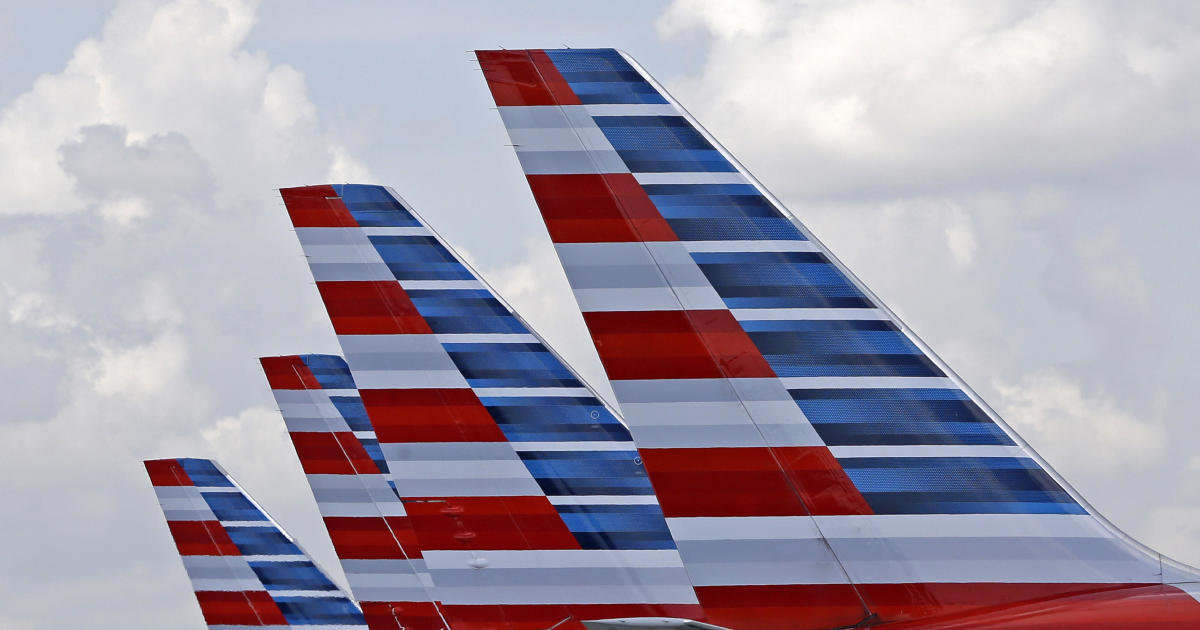 American Airlines brings back free meals on some flights

***It’s ONLY on:. " …nonstop flights between New York and both Los Angeles and San Francisco. "