Which is still leagues off from being a real slave. My job sucks, and I’m not being paid enough, but Im far far better off than slave.

There is the one (rather fantastic) option that could happily make sense of this.

It could simply be that someone at The Economist is not only a capitalist, but also quite subversive in their sense of humor. The whole review could have just been a way to welcome the wonderful Ms. Streisand’s force onto a book that might otherwise have gone unnoticed.

The book’s release date is September 9th. It isn’t out until this Tuesday.

Currently on Goodreads, two people have rated it one star, one person 4 stars, one person 5 stars (the only person to actually write a review of the book was one of the one star reviewers who explained where she received her advance copy from) and 443 people have marked it as to-read.

Then there’s the Kirkus Review posted online: June 17th, 2014. It’s a basically positive review, and it made no news whatsoever. There’s not even a single comment at the site - unless they’ve been removed - for three months there hasn’t been one.

It describes the book as “occasionally tedious” and calls it an “exhaustive tome”, but then says, “this is a complicated story involving staggering scholarship that adds greatly to our understanding of the history of the United States.”

Since by now on BoingBoing someone would typically have mentioned the Streisand Effect - but no one has - I’m stepping up and mentioning it as well as the other bits. Obviously there’s no way to know if this was all just a way to sell more “tomes” - but it sure makes an entertaining version of the story!

That’s kind of hard when the government itself is part of the problem. Economic power translates directly into political power (and it has been that was for a long time, especially in the US). A capitalist system inevitably concentrates economic power in the hands of a few. If those few want to be vile, murderous assholes, then there’s nobody to stop them.

Zinn was the king of the progressive liberals, and you can tell it.

But what I like about Zinn is that he is flat out honest about it - he’s not hiding behind some fig leaf of objective truth. That’s a much better approach than claiming objectivity and writing very biased work none the less. Zinn says at the beginning of that work specifically that he is a writing a biased work and he tells you why he is doing that. Agree with him or not, at least you know where he stands.

Ah, so Zinn’s history was “biased.” LOL, as if all “history” isn’t biased. Plus what Mindysan said – he straight up admitted that he was a Marxist.

It’s not “bad history” when you’re admitting your inevitable bias, and when you’re pointing out (as he did) what other supposedly objective historians leave out.

Edited to add: But of course, Brother Malcolm was biased, so we shouldn’t listen to him… /s

Mmm hmm! Funny how he’s so subordinated to MLK in mainstream conceptions of American history. No bias there, no siree!!

Agreed. They just opened a new civil rights museum in town this year (a friend of mine is actually working there), and it’s supposed to be interesting and interactive and I’ll probably take my daughter there, but, in part because it’s funded by coke and home depot (and it’s here in Atlanta, of course), I’ve heard it’s pretty King/classical civil rights centric and it’s very what you’d expect from the mainstream narrative of Civil rights. So I’m glad it’s here, but I wish that some of the more radical elements got more focus, just in general. But contrast that with one of my profs who does a monthly tour of the Atlanta Race Riot area down town, where the whole “city too busy to hate” veneer just gets stripped away.

I’m making my students read a chapter from Danielle McGuire’s book The Dark End of the Street, specifically the chapter on the Montgomery bus boycott. because it’s just a radical retelling for most of my students, I think, that gets at the whole politics of respectability that was at play in part because of the Cold War.

X is for Malcolm
As in Malcolm X
History’s Lessons
Can Be Complex
Remember Parks.
Remember King.
Remember Malcolm.
And let freedom ring!

From the awesome A is for Activist.

One of my son’s favourite books

He’s too little for these two yet, although we have them ready. 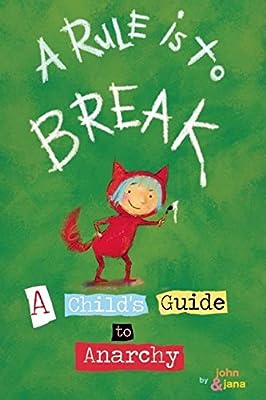 A Rule is to Break: A Child's Guide to Anarchy (Wee Rebel)

"A Rule Is To Break says: Go ahead and throw your best self a party! So glad it exists."-- Kristin Hersh, Throwing Muses "After encountering the lively little anarchist in John and Jana's delightful A ... 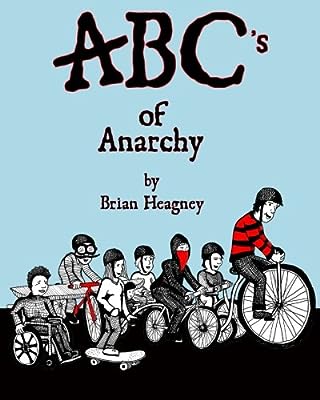 A is for Activist

“Reading it is almost like reading Howard Zinn's A People's History of the United States, but for two-year olds—full of pictures and rhymes and a little cat to find on every page that will delight the ...

So we should all be enslaved. Why are we so dumb to be workers? We could be having them takes really good care of us!

This reminds me of an interesting little article on the development of unfree labour thoughout history- What factors pushed the powerful towards greater or lesser “level” of slavery and serfdom. And it’s interesting to see how the model fits the antebellum south.

According to Diodorus, Roman landowners enslaved shepherds on a large scale, didn’t provide luxuries such as food, water, clothing, or shelter, beyond the barest minimum, expected the shepherds to provide themselves with these things through banditry, and didn’t expect the shepherds to go on to full-scale rebellion. Screw economic rationality, sheer common sense should have stopped that.

I agree wholeheartedly with the premise of the piece. I am an ever the more exploited wage laborer, and we know this because my productivity has increased. Never mind the typewriter being exchanged for a word processor. Here that would be new and improved cotton varieties. Read up on Petit Gulf (1820s) and Sugar Loaf (1840s). Here, I’ll save you the time:

With the advent of Petit Gulf cotton in the late 1820’s, the daily picking averages jumped from about fifty or sixty to about 125 to 150, with as much as 300 or more sometimes reported.

Sugar Loaf, developed in 1843, was first in the line of cluster types (that is, the plant tended to have multiple bolls at each node on its short fruiting limbs, making the bolls cluster together).

You can imagine that the clustered would be easier to pick. And there’s both a high cotton and a low cotton. As you can also imagine, you’d pick the high cotton easier than the low cotton. But, yeah, none of that matters, as they were all simply beat more.

Lastly, and by the way, circumstances varied, as we should all be able to imagine. Slavery in itself is wrong, no matter what the circumstance, as one cannot make one’s choices on one’s own behalf, but if we take slavery as a given, as I said, circumstances varied. Some were indeed brutally beaten when they didn’t meet quota. Others were supposed to work a 10 hour day but only worked 7 and were allowed to do what they wanted over the other 3 hours, as they had made their quota for the day. And yet at other times, the slaves were formed into labor groups and prizes were given out to the group with the most picked and within that group sometimes the lead picker got yet a further prize. It’s all recorded, by slaves, overseers, and the slave owners.