Originally published at: The FBI confiscated 25 paintings attributed to Jean-Michel Basquiat from the Orlando Museum of Art | Boing Boing

Art backed blockchain, no matter how silly it may seem, is exactly like traditional paintings.

Sorry. I ain’t buyin’ that.

Same here. Art-backed blockchain would be just another ledger of purchase and sale reciepts for the actual and unique piece of art (one far harder to duplicate than one that only exists as a trivially copied digital image). A blockchain record that shows one bought a Basquiat for millions of dollars does not come close to proving that it’s worth that much or that it was painted by him.

Provenance, while far from a perfect mechanism, is something more than that just a record of financial transactions.

Shelling out a pile of gold for a NFT of a Bored Ape Yacht Club jpeg automatically puts you on my ‘monumentally gullible’ list. The Blockchain makes sense for legal docs like Titles and Deeds, but for art that only exists in the digital realm you gotta be a special kind of credulous to fall for that.

My pal Kyle is deeply involved in Orlando’s art scene and was over the moon when this Basquiat exhibit landed there. He actually fell into a depression over the ensuing controversy and wrote about the fallout here: 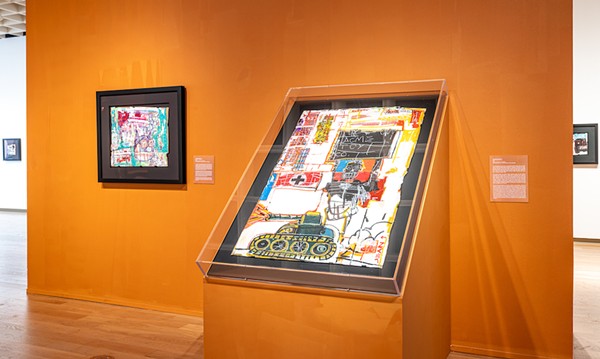 It didn't have to be this way.

From what I understand, the ledger entry also points to someone else’s server. The person or organization could (or will) shut it down as soon as it becomes unprofitable and all you’ll have left is a string of low-ASCII characters going to a “This Domain Is For Sale” page.

Moxie Marlinspike, noted for knowing some stuff about cryptography, has some details here.

My first impressions of web3

Despite considering myself a cryptographer, I have not found myself particularly drawn to “crypto.” I don’t think I’ve ever actually said the words “get off my lawn,” but I’m much more likely to click on Pepperidge Farm Remembers flavored memes about...

While an NFT is “unique” in a sense like a painting. Copies of one can be more or less identical other than the block chain linked to it.

But I think more importantly the big difference is that most paintings requires some sort of creative process and have a cultural significance. Especially good works, like Jean-Michel Basquiat. While I know some digital artists have made NFT “originals”, the vast majority I have seen are lazy, pumped out variations of a theme. Some of them, as I understand it, are AI created.

While I won’t go so far to gatekeep and say it isn’t art - I don’t think it is good or meaningful art. Which, in itself, is fine. But when priced like it has some sort of real value - it is a pipe dream at best - fraud at worst. And I don’t believe the overwhelmingly vast majority will have any sort of long term cultural significance.

The Blockchain makes sense for legal docs like Titles and Deeds,

Does it though? Imagine that some sovereign citizen lays claim to your house. If they do it through fraudulent legal filings, there’s a record that can be unwound and used as evidence. If they hack your (non-cold) wallet what can you do?

The Blockchain makes sense for legal docs like Titles and Deeds,

Except it doesn’t because nothing about “The Blockchain” verifies or insures the title. Anyone can purport to sell anything, and put that transaction in a block chain. The Blockchain has no more legal authority or inherent veracity than a receipt for the Brooklyn Bridge scrawled on a sticky note.

And a block chain that requires ridiculousness and deliberately energy wasteful “proof of work” busywork calculations to add transactions to it sn’t needed to create an immutable data base. Immutable databases already exist.

Keep in mind I wasn’t defending blockchain and I’m not saying I’m a blockchain expert but tying legal documents to an immutable and permanent digital address seems like a fit use. Cryptocurrency and NFT based art however are a conman’s wet dream.
(Here’s hoping I don’t get doxxed for this reply.)

As blockchain technology develops, so does the ability to use it as a means for permanent verification of legally significant documents and data. Lawyers can use it to prevent fraud, alteration, or forgery of documents, for starters, writes Holly...

The value of high-end art, be they paintings, sculpture, and perhaps NFTs, is their utility as money laundering tools. An oligarch/sentient money pile/hedge fund/whatever buys a piece of art for $10 million, leaves it hanging around a duty-free climate-controlled art warehouse at an international airport, waits a little while, and now it’s a $100 million piece of art living in some other climate-controlled airport warehouse.

Who bought it? When? Where? At what price? Who profited? Those are just pesky details governmental agencies don’t have time to investigate.

NFT’s hold terrific promise to remove the need for those warehouses, thus making oligarchic money laundering that much more efficient. Truly this would be be a great advance for art and artists everywhere.

Truly this would be be a great advance for art and artists everywhere.

This bit was sarcasm, right?

If you are an artist working in the digital medium exclusively then I can see that blockchain-protected digital images are maybe the only way to sell electronic ones-and-zeros for prices comparable to a physical painting. Unfortunately a lot of the NFT madness is really just a grand pump-and-dump scheme that has little to do with actual art and plenty to do with predatory speculation. 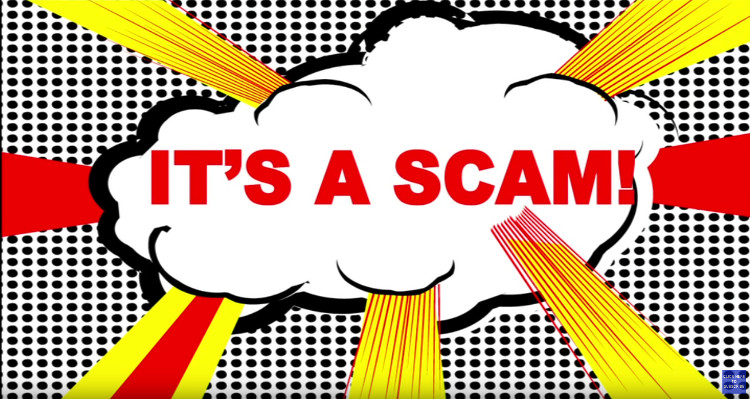 (You’re better than this, yo.)

Taking a picture of a painting doesn’t capture all the detail of the original. Cameras have to compromise on lighting and color, and only hint at the texture. A good photo can give you a lot but never quite everything.

If you are an artist working in the digital medium exclusively then I can see that blockchain-protected digital images are maybe the only way to sell electronic ones-and-zeros for prices comparable to a physical painting.

It isn’t working out that way. I have some artists on my timeline, and I’ve lost count of all the complaints I’ve seen of crypto-bastards stealing digital art and creating NFTs with it without consent, notice, or recompense to the creator/s. It’s immoral and unethical and ought to be illegal… but many artists can’t afford the cost of the legal battles it would take to smack down the repeated violations of their work.

Unfuck NFTs and the grifters who peddle them.

Art backed blockchain, no matter how silly it may seem, is exactly like traditional paintings

no. no, its not. neither “exactly” nor “kinda”; a painting is a physical object in the real world. a NFT is just a link pointing to a file on a server.

why would you seriously make such an obvious bullshit-statement, @dnealy?

(disclaimer; and, oh, yes, I am actually an artist who made money with my paintings)

I’m an artist as well. I’ve sold art too.

I’ve never sold or bought an NFT. I don’t personally see the utility at this point. I’m only saying that the process of authenticating an NFT through blockchain is the digital equivalent of people that making a living authenticating paintings.

I’m not making any claims about NFTs being a good or a bad thing. I’m only asserting that they are a thing. Am I wrong in saying they exist?

I think because I didn’t bash them at a level you find befitting your perspective, you assume I’m in favor of them. Let me state, again, that I am an artist that hasn’t sold or created any NFTs. I’m completely neutral on the subject except for the fact they exist. How is that “bullshit?”

Well… NFTs aren’t really about the art at all, it’s a blockchain scam raking in millions for money launderers where the image has absolutely no relation to value and the “digital scartity” is entirely made up, but there is a tenuous link there for “this server address has a little in common with one piece of evidence, of which many are used and verified to prove the provenance of a known work of art.”

That’s about it, though.