The French Republic claims France.com as its own

America.com just loads up a blank page for me. How puzzling.

Of course I would assume that the republic would use domain names ending in .fr
But then I find is strange when a state government uses .gov rather than .us

They do use .fr… However, someone in the French government has evidently decided that they need to take control of france.com simply so that no-one else can have it. In the early days of the Web, people thought that everyone would use the appropriate TLD and there was no reason to grab (your name).com if you were not a business.

Canada.com is owned by the Canadian newspaper conglomerate PostMedia, apparently without anyone confusing the website for the government of Canada…

Of course the counterargument of “Expropriation for no reason” is also a real winner.

I’m not too surprised that the registrar folded like a discount card table; but I’d be curious if France actually has a case here.

The .com TLD is administered by Verisign by agreement with ICANN and is under US jurisdiction and supposed to handle disputes according to UDRP. It isn’t immediately obvious that France has a good case under the trademark-heavy tests of the UDRP; and not being under French jurisdiction makes any local laws to the effect that the state has super trademark irrelevant.

(Edit: in particular the “registrant has no legitimate interests” claim seems very shaky given the duration of operations and legitimate activity that includes past cooperation with French culture-stuff entities; and the “bad faith” claim also seems far fetched. Maybe the “confusingly similar” test, if you administer it under the assumption that users are morons who don’t know anything about country code TLDs and somehow assume that every .com resides with its single unambiguous owner, despite the obvious absurdity)

Off the head www.ohio.com and also

Agreed. The owner would have a much weaker case if he were cyber-squatting and not doing anything relevant to the expected uses of the domain.

“I’m so old, I can remember two-letter domains…”

America.com just loads up a blank page for me. How puzzling.

It seems it’s for sale. Not puzzling at all.

Offers wanted in Renminbi or Rubel?
Rounding off or up?

Is there a .sucks top-level domain yet? (If not, why not? There are vanity TLDs for everything now.)

He needs to buy france.sucks

If they wanted to run the risk of really ruining things, for little obvious benefit, there may be some local regulation that would allow a French court to demand that all French ISPs; and persons performing DNS-related-activities in France, resolve “france.com” to their chosen IP; rather than this guy’s; that would solve the problem of jurisdiction, though not the “why would you do that?” problem.

As it is, though, it’s not clear why a French court’s opinion of an American TLD would be of any greater interest to the registrar than a UK libel verdict would be; with their only transnational leverage for such a distinctly non-criminal enterprise being the UDRP process that the registrars more or less voluntarily(to head off a really fun string of endless trademark litigation; but voluntarily in the immediate term) agreed to consider disputes under; where it seems they have a tepid case.

Oh – I guess my adblocker was blocking GoDaddy’s parking page.

I would argue that its an international TLD, while .us is an American TLD.

I would argue that its an international TLD, while .us is an American TLD.

If only the US government agreed. 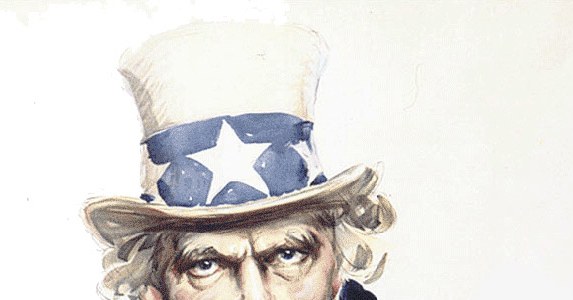 Uncle Sam: If It Ends in .Com, It's .Seizable

The U.S. government says it has the right to seize any .com, .net and .org domain name because the companies that have the contracts to administer them are based on United States soil, according to Nicole Navas, an Immigration and Customs Enforcement...

It isn’t a TLD specifically for American use; but for the purposes of deciding whether a French court ordering a domain to be transferred from one party to another the fact that “.com” is the behavior of some nameservers operated by a Delaware corporation in agreement with a California corporation, with disputes concerning the agreement to be settled in a Los Angeles County court if it comes to that, mean that it’s a pretty American TLD.

It is the case that ICANN hasn’t been involved specifically at the behest of the Department of Commerce since 2016, so it’s slightly less American than it used to be; but signs of French jurisdiction are still pretty slim for this TLD.