Moral of the story? Russia is always run by Nogoodniks.

Case in point: when Henry Ford sold his model-T assembly line to the Soviet Union in the 1930s, among the thousands of American factory workers that immigrated to the Soviet Union was Robert Robinson, a skilful engineer, and the only person of colour of the Ford recruits.

There’s a great (if disturbing) non-fiction book about these workers and their eventual fates (generally not good). Tim Tzouliadis’ The Forsaken: An American Tragedy in Stalin’s Russia.

While the Soviet Union under Stalin did plenty of internal ethnic cleansing, it also attempted to present a carefully curated vision of equality to the West, in contrast to America.

This is the time that the “whataboutism” so beloved of Putin’s paid shills and Useful Idiots today really got started. A smirking “But what about your Negros?” (and much less frequently “But what about your Indians?”) was the only legitimate comeback that autocratic regime had when criticised by Americans for its obviousauthoritarianism.

Russia has an interesting history with people of colour. Putting aside the equal-opportunity atmosphere of paranoia and oppression delivered to all citizens, regardless of pigmentation, by the various tyrants who’ve ruled that empire from the Tsars to today, Russians have been less obsessed with race than Westerners. Their greatest literary icon was a mixed-race man, in fact: 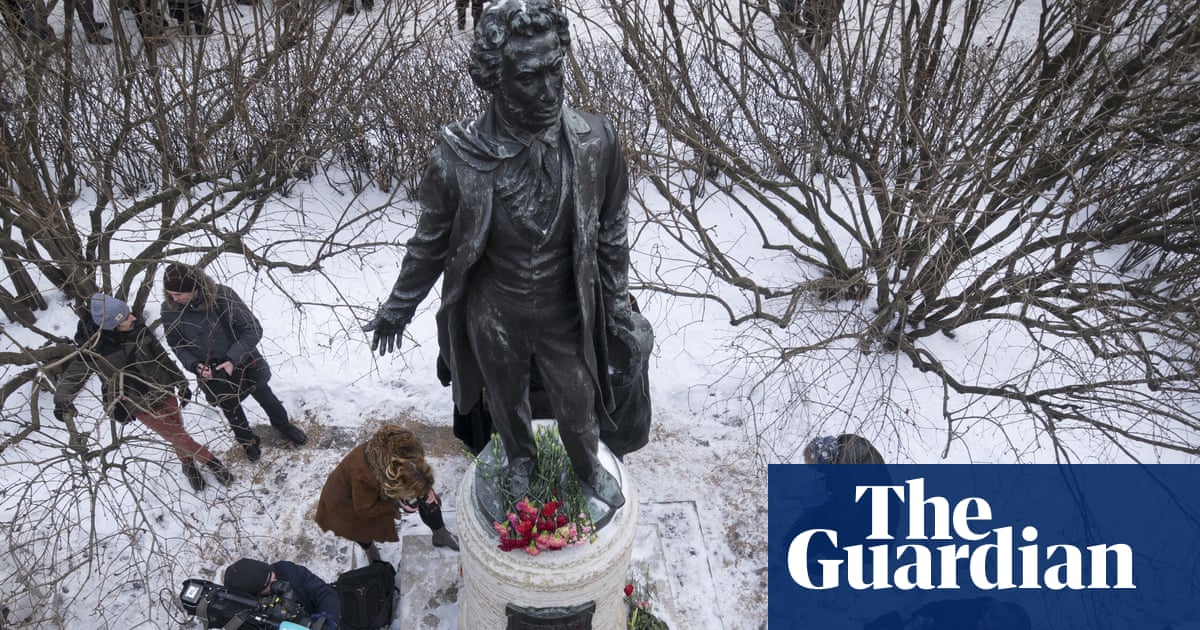 Pushkin's pride: how the Russian literary giant paid tribute to his African...

His black great-grandfather was abducted as a child and raised in Peter the Great’s court. A new Pushkin translation includes the little-known history of Russia’s Shakespeare

This is why it strikes me as odd that Putin’s Russia is seen by the far-right in America and the West as the “great defender of white culture”. The Shirtless Wonder panders to this image, of course, but the skin-based bigotry is half-hearted at best (Russia is more about religious bigotry, especially anti-Semitism).

From a hotel in St. Petersburg:

Pushkin is who you nominate for Russia’s greatest literary icon?

I’m partial to Gogol myself, but Russians themselves still put Pushkin on a pedestal above even Tolstoy or Dostoevsky.

I put a lot of it down to Russian sentimentality. Not only was Pushkin a poet, a novelist, and a playwright, but he was their premier Romantic one in all three categories … and he was from an aristocratic family … and he was exiled by the Tsar for waving the flag of liberty … and he died as the result of a duel over his wife. Plus there’s the African ancestor. He’s their Byronic figure and then some.

Russians think he is, as Gracchus has said. I think the reason why Pushkin isn’t as respected in the West was, although he did write prose as well, he was primarily a poet, and poetry rarely translates well.

That’s what I suggested in my withdrawn post but I didn’t want to get too far off topic.