The long and twisted tale of the Nibbler arcade game

My small town didn’t have Asteroids, but it had Omega Race! The same pool hall also had Battlezone and a cocktail cabinet of Pengo.

In Sioux Falls I could go to a real arcade and play Moon Patrol, or Defender, or Crystal Castles, or Qix.

It’s nice that Ottumwa has something else to be proud of other than being Radar O’Reilly’s home town.

And my game was Q*Bert. Y’all can point and laugh now. 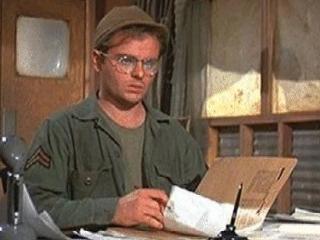 There were others, most especially a color vector graphics Asteroids “advanced” clone (but NOT Atari’s own color vector version) that I cannot remember, nor find online =p . It had a LOT more types of enemies and interesting game mechanics (such as 2 enemies that would fire a beam between them).

I actually played Pong as a quarter-muncher, when it came out…

I thought this would be about my old C-64 disk copying program.

I really enjoyed Andrew Seklir’s Atari: Game Over documentary. After hearing years of urban myths it was great to get the story from the different perspectives of those involved.

I don’t recall the arcade version but I do remember the Qbasic version.

Exciting Hour was my jam. The highscore board was mine. All mine. Because no-one else figured out how to beat Coco Savege*,

And in a strange twist of fate, I actually turned out to be an insane worrier. So I got that going for me, which is nice.

*Sadly, not the new fragrance from Chanel, but Racist Wrestling Trope #8

Not surprised to hear an Italian went for the record. Coin-ops were massive in Italy, where they fit the bar/cafe environment to a T. You’d hang out with your friends, have a coffee and a smoke, and hit the one-two cabinets or pinball (called “flipper” there) in the corner. They were technically forbidden to under-13, but no one cared: baristas were usually happy to get extra business from kids (who often dragged a parent in tow), and having kids around kept potentially-troublesome adults more subdued. Distribution networks were often managed by organised crime, laundering money and keeping an eye on cafes (the main aggregation centres in every town). Slot machines were banned, so there was no competition. Everyone was happy.

One bad day, Parliament legalized slots, which are much more profitable; they took over almost overnight, pushing games to isolated arcades (and dramatically increasing gambling-addiction rates). Then the Playstation happened and that was it.

You guys are fiercely tickling my nostalgia. The only game I ever got kicked out of an arcade playing at closing time after a few hours on one quarter was Joust (before they patched out an easy center-island trick). But I played all of the games mentioned so far. Omega Race was just as rare, in my memory, as Nibbler was.

I’ll add Space Wars to our collective list. And what was the name of that much later co-op Asteroids game (in color) where the two ships were linked? Good times.