The making of Dune II, the game that put real-time strategy on the map

Originally published at: The making of Dune II, the game that put real-time strategy on the map | Boing Boing

I know not of this game. Weird considering how very much into strategy games I was at the time (and still am). I played most of the titles they listed as inspiration for their game. I’d always assumed Warcraft: Orcs vs. Humans was the first of the modern RTS games. Color me disabused and corrected.

You can try it out (or Dune 2000) via community/fan-driven pathways.

The editorial is not lying when they mention the steep difficulty for UI/controls (not very modern) but it is still a good game (if you can look past the very limited AI controlled enemy factions).

One the Music side, Dune and Dune II are fantastic 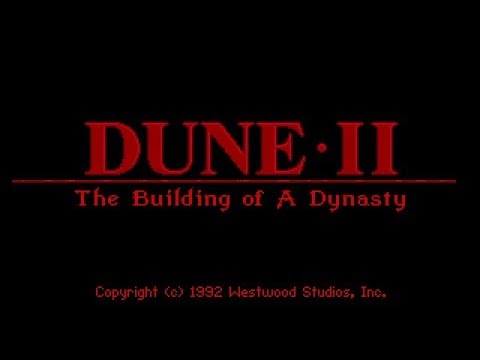 In some ways, playing Dune II now is somewhat disappointing, because it’s “just” a typical RTS, but older and clunkier. However, that’s actually an indication of quite how much modern RTS’s took from it, they got almost all the ideas of the genre right, on the very first try.
The other Dune game is more interesting to play these days because it’s a strange combination of different genres. Of course, it feels fresh because nobody thought it was worth copying the same approach after it was released.