The many incarnations of King Crimson

Originally published at: The many incarnations of King Crimson | Boing Boing

This tends to be a feature of British prog rock bands. See also: Yes and, to a lesser extent, Genesis. 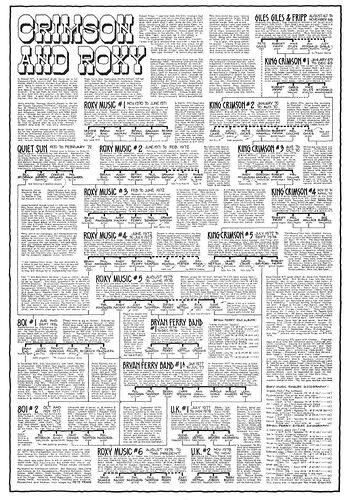 Nerd moment: I first thought this was going to be about a character in the Dark Tower series. Doh.

It sometimes helps if you think of the different versions of the band as just different bands– the 1980’s Adrian Belew incarnation was originally going to be called “Discipline”, instead they used that for the album name.

What’s in a name? Well, Fripp thinks King Crimson is more “a way of doing things”, so whenever he’s doing that thing, the band becomes King Crimson.

(I haven’t watched the video yet, I might be just reiterating all that same stuff.)

I think you’ll find there are more than a few rock bands who had more lineups than Genesis, Deep Purple being one. Jethro Tull are another.
Also, it took fifty years for me to finally get to see Crimson, on their 50th Anniversary tour at London’s Royal Albert Hall. Bloody amazing gig, too. My mate and I ended up in a box overlooking the stage from the side, so we could watch the interplay between the three drummers, especially during “The Hell Hounds Of Krim”. Probably never be another opportunity, but I live in hope.

“Not significantly influenced by the blues” 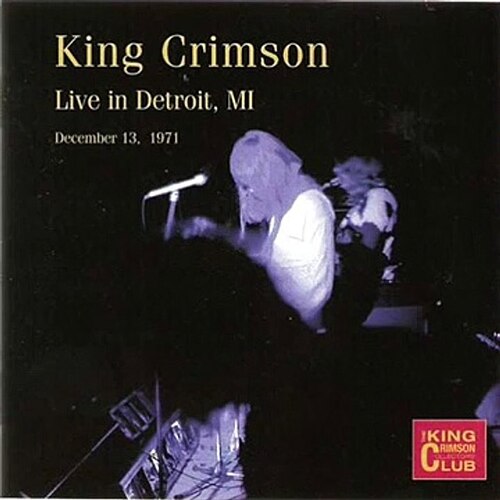 Depending on what you mean by ‘rock band’, surely The Fall beat them all. Would be a bit of a stretch to say that each lineup had their own ‘unique character’ though.

That’s why I said “to a lesser extent”. The main reason I included Yes and Genesis is that both bands made a pretty dramatic turn towards pop and away from prog in the 80s, so with their lineup changes came big changes to their music. Jethro Tull has pretty much always been who they are, musically.

each lineup had their own ‘unique character’

But they did. They had Mark E Smith (uh). He was a unique character and he was in them all!

“If it’s me and yer granny playing the bongos, it’s The Fall”.

AKA Robert Fripp is an egocentric arsehole…?

What a coincidence, I just watched a Ringo Starr and His All Star Band concert that featured Roger Hodgson, Ian Hunter, Sheila E, Howard Jones, and…

Cool stuff seeing all that talent and a legend or two playing together.

King Crimson was before my time and I never got into their music but Greg Lake in ELP was good stuff.

I was a fan of Asia with Carl Palmer and John Wetton from Crimson and Steve Howe and Geoff Downes from YES. Talk about super groups.

Dr. Venture: Oh no, no. You’re not ready to step into the court of the Crimson King. At this stage in your training an album like that will turn you into a supervillain.