The Metamodernism of Hanzi Freinacht

Originally published at: The Metamodernism of Hanzi Freinacht | Boing Boing

At least this doesn’t sound like a massive pile of woo with no concrete ideas.

Some of the language here is ringing familiar alarm bells.

between a modern enthusiasm and a postmodern irony, between hope and melancholy, between naïveté and knowingness, empathy and apathy, unity and plurality, totality and fragmentation, purity and ambiguity .

So it’s looking for a different position, between two “extremes”.

Hanzi Freinacht is a social scientist, political philosopher, and a larger-than-life Übermensch.

His penetrating insights are intoxicating.

It is aiming to outcompete liberal democracy as a political system, outcompete all of the political parties and their ideologies, outcompete capitalism as an economic system, and outcompete and replace our current welfare state.

It’s not just me, right? There are some very nasty implications radiating off of this.

Cause I for sure hear a little ringading up on the
old Alpenfestung.

Yeah, this is some Grade A hero-worship Centrist bullshit.

Hanzi is very conscious that his ideas are powerful and will boldly challenge one’s worldview:

I acknowledge that my theories deeply insult the prevailing moral intuitions that people have. I spit straight in the face of the political identities, both on the Left and Right, from anarchists to conservatives.

I’ve barely started “The Dawn of Everything”, but I have to admit that I find its focus on indigenous social patterns as inspiration a bit more attractive than “Nordic Ideology”.

The king’s road to a good future society is personal development and psychological growth.

But maybe I shouldn’t dismiss these books on just this brief exposure. After all, I am a bit of a sincerely ironic pragmatic romantic myself.

This Hanzi character they came up with strikes me as almost a parody of the kind of pseudo-intellectual and privilege-blind white guy who perceives very real problems in the world and reacts to them by becoming a bothsidesist edgelord with logorrhea and an inflated self-regard.

We’ve seen where that kind of world-saving populist approach leads, and it ain’t the “king’s road to a good future society”. That despite its incorporation of trite requirements like personal development and psychological growth on the part of individuals who, like “Hanzi” and his creators, now enjoy the luxury of not worrying about fulfilling their needs on lower tiers of Maslow’s pyramid.

The whole “metamodernist” construction also seems grounded in the assumptions of Whig history, where the story is one of constant progress and improvement. That’s not how things actually work. We backslide, and progress (per Gibson) is not equally distributed.

It’s not just me, right? There are some very nasty implications radiating off of this.

It’s not just you. In this “Listening Society” promulgating a “Nordic Ideology”, I get the strong sense that only certain people will be listened to and derive its benefits.

I mean, does any book called Nordic Ideology ever turn out to not be about Nazis? Or at least adopted by them?

I spit straight in the face of the political identities, both on the Left and Right, from anarchists to conservatives.

Usually people who say things like that turn out to be the naziest nazis who ever nazied.

His confrontational attitude can be off-putting to some, endlessly amusing and engaging to others.

Off-putting to those he bullies, amusing and engaging to those who enjoy seeing others bullied.

Having tried to work my way though all that verbiage, I want to say “explain it to me like I’m five”. Because if we are trying to create a fair, compassionate society, five-year-olds are really good at grasping the concept.

It’s not just me, right?

Well, Art is Art, isn’t it? Still, on the other hand, water is water. And east is east and west is west and if you take cranberries and stew them like applesauce they taste much more like prunes than rhubarb does. Now you tell me what you know.

A white European man has spent time isolating himself from the lives and experiences of other humans and now has decscended from a ski resort town to tell us all how to live and what buzzwords to use. That’s the “best” take I can get from it. 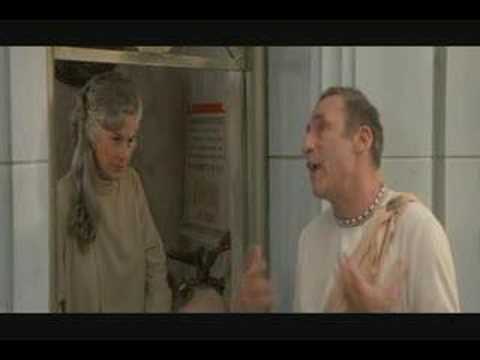 So it is downhill all the way?

His style is certainly quirky and unconventional: he can easily sound arrogant and obnoxious. His confrontational attitude can be off-putting to some, endlessly amusing and engaging to others. Here’s what Hanzi wants, in his own words:

Now, I want to reveal you your ignorance. I understand that this may be a harsh slap to your pretty little face—not at all a nice thing to do. But Hanzi Freinacht is not nice. He is right. And that is something else entirely.

Stopped reading after this. Arrogant, pompous asshole can fuck right off.

Are we sure he’s not Brother Theodore’s reincarnation?

That was the exact point I realised I wasn’t going to listen to any more of that Nazi-adjacent bullshit.

Here comes a new keyword worth knowing, which is getting more and more traction, that will unlock grand vistas and richer perspectives. The word is Vitameatavegamin. 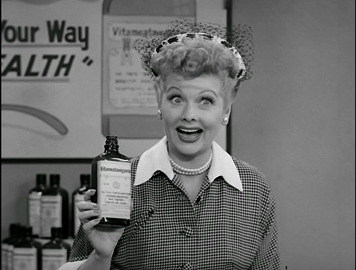