The other ad-blocking ecosystem: blame-ducking

All this effort to avoid just taking my money all because you (royal you) sold your investors a monetization strategy.

Reminds me of the F2P thing where they can’t allow an honest user to just buy the game for a fair price because then they’d be giving up the possibility of really monetizing the hell out of whales.

If a site asks me to turn off my ad blocker and I like the site, I do so. Outside of that, I don’t want to see ads all over the place. I would go to the Cracked site on my phone and see ads everyplace. Now that the content blockers are in play for iOS, I don’t see them anymore and the site loads up faster.

what timing! this just came out: 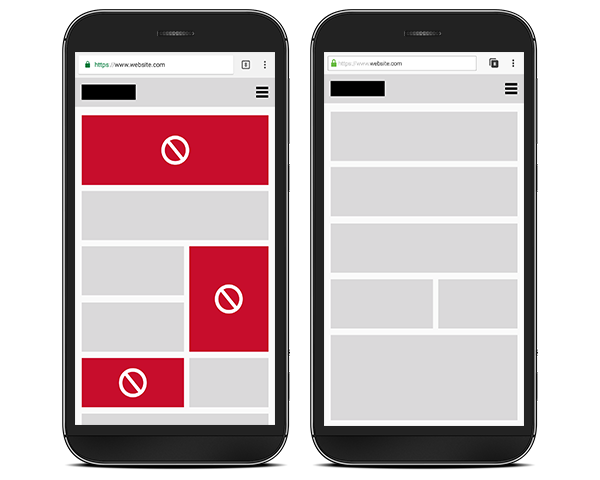 Racism and sexism in its best.

I think this guy got it right in his response:

If we have to talk about “fault”, let’s talk about who is at fault that an entire industry has become so broken, that even normally compassionate writers like Anil Dash can only defend it by taking this sort of hard-line, conservative stance against the rights of the individual.

Do it the easiest, most profitable way. You’ll get criticized anyway but it feels better with more money.

Just a bunch of cissies, I tell you!

Randy is harboring a giant secret and the pressure is getting to him. Meanwhile, Cartman calls Stan a cissy.

Apparently the strategy of every local newspaper website. How’s that working out for them, in your estimation?

What, he has a moral duty to turn black if the internet writes about him? I too am white and cis and male… well, thousandaire… I guess I’m lucky nobody is writing about me.

Also, I misread the headline as “duck-blaming,” which I think is a serious problem these days.

As has been abundantly demonstrated in practice, with the number of attacks hitting users of otherwise benign sites through malicious ads automatically injected into them; and the essentially constant cross-site surveillance of user activity; all the various layers of indirection on the advertising side aren’t some minor matter of moral cowardice, they create an overtly dangerous environment on a technical level.

Thanks to the number of middlemen, algorithmic exchanges, and so on, in the ad market; an ad is a component of a page that could be anything, probably is, and even the operators of the site have limited means for finding out.

On the ad-blocking side; it does appear that there is some buck-passing(basically all remotely relevant browsers quite shamelessly offer pop-up blocking, usually by default; while ad-blocking is an arms-length plugin based thing); but it doesn’t have the same architectural effects.

He also…conveniently…elides the fact that in the litigation so far about ad blocking, victory was not achieved by buck passing. Eyeo GmbH didn’t present the “Well, li’l old us just make a plugin that modifies a page based on some regular expressions and such; we’ve heard some rascals may be using it to block ads; but that isn’t our way.” defense.

What we really need is something which replaces the ads with cat pictures but doesn’t tell the ad server that it’s done so. Someone make it for me.

You wanna hear buck passing, here it is:

Put up a donation button, tell me how much your advertisers pay per page view, I’ll fucking pay. If you won’t take my money then you can honestly shut up about me being unethical in the way I accept your free service (not that I’m even blocking ads on boingboing).

And how the hell did this thread turn into a white male pity party? Jesus Christ who died on the cross for our sins only to be resurrected and ascend bodily to heaven!

Not exactly on topic, but here is the description of a website offering me the full text of the canadian criminal code from my google search:

The text of the Criminal Code of Canada is provided as a public service by purchase viagra Electronic Frontier Canada, and is meant to serve as convenient and …

From the quotes on the Boing Boing summary, there’s only buck passing to a point. The last one, I’m paraphrasing here, “Yeah I do it. I do it for the money. Fuck you.” Nobody should be doing business with that guy. That guy gets your ad network on ad-blocker blacklists and loses money for every advertiser and every publisher that uses that ad network
.
Or if we’re still saying it’s impossible to blame any of the existing links in the chain, because filtering unsafe and obtrusive ads is not their explicit responsibility, we need another link in the supply-side chain, that is specifically accountable for making sure ads are safe and unobtrusive, so that whoever buys that subset of ads will have happier customers and fewer using ad-blockers. If ad-blockers evaluate and approve of (not just receive payment from) a supply-side ad-filtering service, they might white-list ad networks that use that filter. This would be a step toward a system that would work for both sides.

Though speaking of South Park episodes, the Cash for Gold one is spot on with the ad blocking blame-passing. https://www.youtube.com/watch?v=XS5iSZ6A4es
http://www.hulu.com/watch/342689

Also gives some scrambled simulated data to the ad trackers.

I much prefer white Pita Parties myself.

Apparently the strategy of every local newspaper website. How’s that working out for them, in your estimation?

About as well as pretty much any other strategy. I think if you have a viable idea that’d work better for them, they could even pay for it.