The risks of driving while stoned

In the grand scheme of things, I’d be much more concerned about prescription drugged driving.

I expect there are cases where being a little high would actually make someone a better driver. Specifically I’m thinking of people who have some form of anxiety disorder. Smoking a bit of weed might help that kind of person.

It’s not safe to get behind the wheel while cold stone sober either. You really need to quantify the level of additional risk here.

One of the effects of low level pot use is to make people more paranoid for instance, which might make them better (more attentive) drivers.

KIRO tv in Seattle did a behind the wheel test of driving while stoned about a year ago with a couple volunteers. 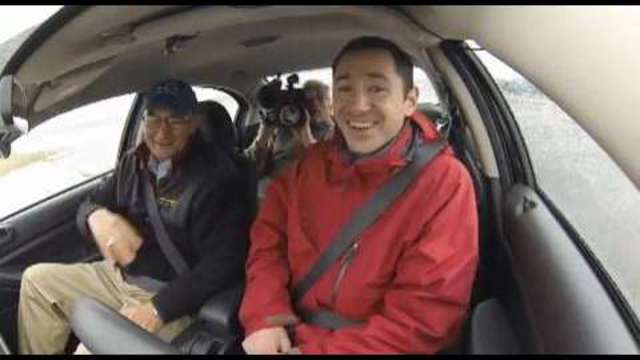 How high is too high? KIRO tests pot-smoking drivers to find out

In a test that’s never before been done in Washington, KIRO 7 Eyewitness News had volunteers smoke marijuana and then put them behind the wheel to show what stoned driving looks like and the danger on the road.

The risk is quantified in the linked story. Stoned driving is about twice as dangerous as just plain ild sober driving.

The study’s lead author, Eduardo Romano, a senior research scientist at the Pacific Institute for Research and Evaluation, said that once he adjusted for demographics and the presence of alcohol, marijuana did not statistically increase the risk of a crash.

The article is a little vague about it. The twofold increase is apparently widely accepted, but maybe not supported with the strongest evidence at the moment.

In my experience different people respond in vastly different ways to the same pot. The same is true of alcohol of course, but I believe variation in response is greater with marijuana than it is with alcohol, especially when it comes to motor skills. Can I prove it? No. But if I were a researcher I’d start asking questions toward that end.

Not to mention that pot itself can be highly variable in its chemical composition (this is a feature, not a bug), so any kind of blanket statement about the effects of marijuana on a human being is bound to be rather approximate.

I’ve known people who insisted that they functioned (whether behind the wheel or not) just as well high as they do straight. And I believe them, having spent quite a bit of time around such people, including being sober around them. IMO there are a few such people out there who wrongly assume that their own response to marijuana is the norm, and are quite vocal about it.

Well, I know that’s not how I respond. I and many other people can barely open a bag of potato chips without becoming a danger to ourselves and others. Getting behind the wheel is the last thing I want to even consider in that state.

Of course it’s safer. A drunk driver will run a stop sign. A stone driver will wait until it turn green.

No. You’re misunderstanding. The strongest evidence points to the two fold increase even though not all individual studies say that. Which is why Dr. Romano thinks the 2 fold is correct even though his study had different results.

One of the effects of low level pot use is to make people more paranoid for instance, which might make them better (more attentive) drivers.

I remember one time when I was a teenager… made me so “attentive” I never exceeded 10 mph. Good thing it was 4 am and I did not meet any traffic, I might well have caused a pileup. And the paranoia was terrible, not at all fun like in stoner movies… never doing that again.

I’m biased, as I lost neighbours to a drunk driver when I was a kid. I hate the idea of people driving drunk or stoned, but what really gets me is people who are borderline - they’re not obviously drunk or stoned, but you know they’ve partaken. When it comes to stoned driving, people will cherry pick research to back themselves up, or fall back on individual variation to explain their behaviour. I dunno, it just seems arrogant to drive under the influence, especially when public transit or designated drivers are an option. What’s wrong with a precautionary principle?

I think the point you might be missing in these posts is that there seems to be a difference between being stoned and drunk behind the wheel. I’ve lost friends to drunk drivers, but I don’t hold that against stoned drivers. (yet)

Driving while very tired is also dangerous. The fact of the matter is, if you screw up while driving, you can ruin your life and the lives of others, so it’s not wise to drive while under any sort of impairment, be it drugs, alcohol, fatigue or anything else.

Zeks: [wasted from Nyborg, but more lucid] Look, man, if there’s one thing I know, it’s how to drive while I’m stoned. It’s like you know your perspective’s fucked so you just let your hands work the controls as if you were straight.

Yeah, I will never drive stoned again after I foolishly went out one night with my friend while toking up in the car. We drove around the backwoods of Maine for about an hour, listening to tunes and zoning out. Zoning out so much that I shot out onto a main road that my road was converging onto without noticing a stop sign OR the huge 18 wheeler coming in the opposite direction which just luckily happened to turn onto the road I just shot off of. If that 18 wheeler had been continuing on the main road, it would have obliterated my car, my friend and I. About 30 seconds later it dawned on me just how close to death I had taken us and I turned to my friend and asked:
“Was that a stop sign back there?”
“Yes” he replied slowly
“Did I just almost get us killed?”
“Yes” he said. And we didn’t speak another word until I dropped him off.