The secret to success in local politics: steal from the people, but not too much

The graphs seem to imply that candidates with the smaller vote share engaged in less corruption. Perhaps this is because they weren’t elected?

Just read Rotten Boroughs from any issue of Private Eye.

This reinforces the idea that it’s the system that we would need to reform, not the specific candidates. Trump is an easy target to organize around, but if we change the individual but not the system, we’re setting ourselves to do this all over again.

I wonder if wyoming is about to learn this lesson?

To stay in power, you have to keep your keys to power happy, whether this is done through official or under the table means…

For anyone involved in community organizing this comes as no surprise.

Those graphs don’t seem to support the stated conclusion; there’s no clear visual trend, and even the mathematical trendlines look pretty flat.

This probably shouldn’t shock anyone. We expect politicians to serve the interests of their constituents. As the size of the polity decreases, the distinction between that and corruption becomes less clear. To take an extreme, if you’re the mayor of a 300-person village with two builders, you might be directly related to 20% of the teachers, 25% of the construction industry and 100% of the clergy; it’s unrealistic that you could avoid any bias in doing your job, and even if you could it wouldn’t necessarily be a good thing. But at that scale, voters would also be able to factor these thoughts into their decision.

Ross Thomas, the great and witty writer of political thrillers, and Highly Recommended, BTW, had lots of this sort of graft flowing throughout his books, like lubrication for re-election. His best quote for this was from BRIARPATCH, and from a long-dead ex-governor of a fictional Western and Southernly state who was the only governor of the state to be impeached twice, first for graft, which he beat by bribing state senators, and the second time for the bribes themselves, which forced him from office. He left, after pardoning himself, with the parting words of wisdom, “What the hell, fellas, I didn’t steal half what I could’ve.” Words of wisdom…

Rats in the Ranks

Rats in the Ranks is an Australian documentary film released in 1996. The film detailed the last weeks of the 1994 Leichhardt Council Mayoral elections. The filmmakers, Bob Connolly and Robin Anderson (later known for Facing the Music and other projects, but already well known) were allowed access to the innermost meetings of participants including the serving mayor Larry Hand and his Labor Party opponents. Larry Hand's exposure to a wider audience spawned the character Col Dunkley in the success...

Would be really interesting to see this repeated in multiple political countries/jurisdictions - what places have what level of tolerance for corruption, and what systems are best/worst at reducing the threshold?

Also, another vote here for Rats in the Ranks.

Here’s those graphs again, the way we’d be used to seeing them - with the supposedly dependent variable on the y-axis.

Looks sort of like blobs of nothing, except at the horizontal axis where something changes. It looks a lot more like, “Hardly matters how corrupt you are, but it sure looks like something weird is happening in part of the graph.”

There are a few effects here that I’m curious about. Maybe these were well controlled for, maybe not.

First, length of term. Your chances of reelection go down with every term, your level of corruption likely goes up with every term. So I wonder how much the “too corrupt” overlaps with “in power too long.”

Second, I wonder about those people who were not corrupt and who lost votes. I don’t know how the corruption index was calculated, but it can only be calculated based on information that is actually available. There tends to be more information available about people who people are paying attention to. Are we seeing an effect where people who don’t get much attention don’t get many votes and don’t register as corrupt because of the lack of attention?

Ross Thomas was one of the most under-rated writers of his time. His combination of dry satire, political insight, and entertaining story-telling are still unmatched, at least in terms of a body of work.

I am reminded of one of the best things I’ve read about politics and politicians. Unfortunately, I do not remember the source, and a search did not reveal it quickly. These stages are:

Given the very low fraction of members of Congress who lose elections except for Reps after a new census redistricting, I would like to think there would be more willing to fight for their constituents than for their bribers, but there are very few. They consider individual “constituent service” for a small number a substitute for legislation that benefits far more.

Agreed on all points. What continues to amaze me is that advocates of “campaign finance reform” ignore the obvious fact that equalizing spending at a low level does so much to maximize the benefits of incumbency.

As one of the defendants in the most notable US local corruption trial of recent years put it in an incriminating email:

“LOL…well you can take your share of the pie…just like us!!! We all will get fat together… Bob has an expression he likes to use on occasion…

"Pigs get Fat…Hogs get slaughtered!!! So long as we’re not Hogs…all is well!!” 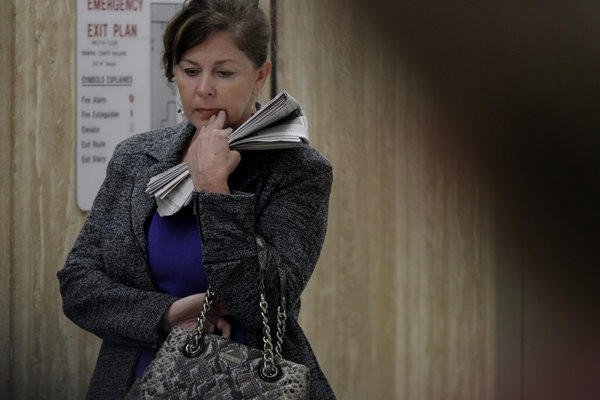 Bell trial: 'Pigs get fat' email was only a joke, Spaccia testifies

The chain of emails that has come to symbolize the greed of Bell's top leaders was actually a joke, the city’s former second-in-command testified Wednesday in her trial on felony corruption...