The Theremin is almost 100-years-old

Other fine uses of a Theremin:

EDIT: I stand corrected, the Star Trek noise is a soprano! 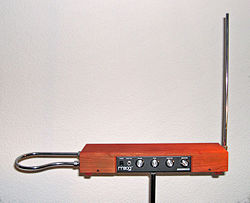 1.Star Trek did not use a theremin. The Alexander Courage theme music composed for and employed on the original series was performed by a mixture of instruments with vocals to get "unearthly" sound. The theremin-like sound theme was actually provided by renowned studio soprano Loulie Jean Norman until her voice was removed in later seasons. Soprano Elin Carlson sang part of the theme when CBS-Paramount TV remastered the program's title sequence in 2006. | 2.In May 2007, the White Ca

Caravan Palace I believe is using the Theremin in parts of this song. I like the video as well.

Leon Theremin was pretty interesting guy. Designer of The Great Seal bug the Soviets installed in the US embassy in Moscow, married for a while to American dancer Lavinia Williams, guest of Stalin for a while.

At the risk of being that guy, the Star Trek theme is prob inspired by Theremin, but the melody is sung by a soprano.

I’ve always wanted to make my own theremin, but my depression and chronic fatigue always stops me.

Yes, I know it would be easier to buy one, but it is the making that interests me.

Sorry for the bad video, but it’s the only one I could find of Bill Bailey’s Jellyfish

as a young electronics enthusiast, I made several. Never intentionally, though

…well, I bought this Theremin 5 years ago
…I havent touched it yet…

[Whispered… Actually, the headline should not have hyphens. They hyphens would be if “100 years old” were an adjective, such as “these are 100-year-old eggs”. If it is “The eggs are 100 years old”, you don’t use the hyphens.]

Theremin was also instrumental (ahem) in one of the great coups of Soviet espionage. On his return to the USSR, he was arrested, tried and sentenced to a Labour Camp where he was told to create ‘The Thing’.

This was a bug based on the same principles as the theremin which was hidden in a huge wooden seal gifted by the Soviet Pioneer movement to Averell Harriman, the US ambassador to Moscow. It bugged his conversations for seven years:

https://www.bbc.co.uk/programmes/w3csz2wn (50 Things That Made the Modern Economy from the BBC) 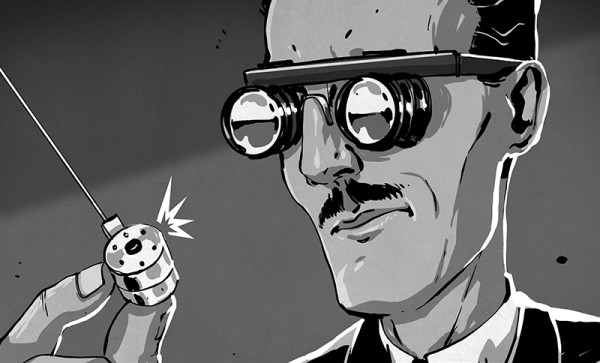 Theremin’s Bug: How The Soviet Union Spied On The US Embassy For 7 Years

The man leaned over his creation, carefully assembling the tiny pieces. This was the hardest part, placing a thin silver plated diaphragm over the internal chamber. The diaphragm had to be strong e…

Yes, I know it would be easier to buy one, but it is the making that interests me.

Right? I mean Bob Moog made an entire career out of building electronic instruments and started with building his own theremin!

When I visited the Moog factory, you kind of wait around the show room, and they have a theremin you can play with (it’s not easy to play, either). Then they start the tour with the theremin and how to play it. In the factory itself, they have these banners up, and the first one you see when you come in the door is of Leon Theremin himself.

it’s considered on of the harder instruments to master.

Ahh, the one’s that smoked usually made no melodic sounds, they were more percussive instruments. Multimedia, actually, if you include odour . I grew up on the cusp of vacuum tube to transistor transition, sometimes both in my projects, so there was plenty of scope. …and lights dimming for drama (that would usually bring my Dad down to the basement).

I’m absolutely shocked at the lack of mention that the Midsomer Murders theme song melody is done by Theremin. The show has been on for 20 years now.

This fascinating feature-length documentary film was released in 1993. 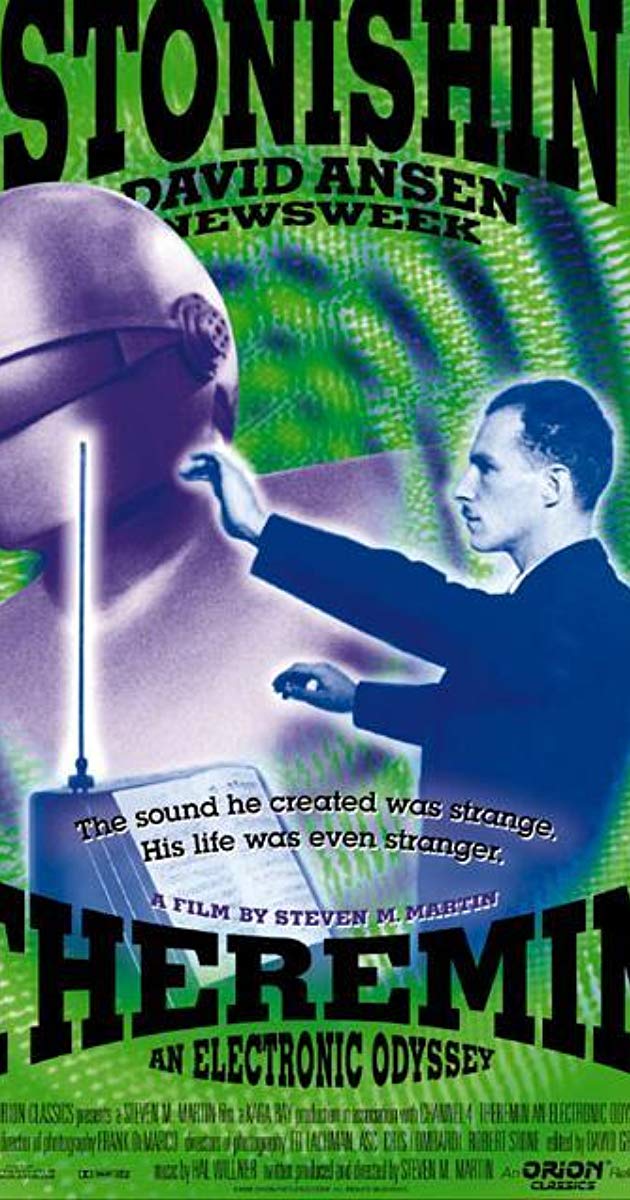 Directed by Steven M. Martin. With Leon Theremin, Robert Moog, Clara Rockmore, Nicolas Slonimsky. A documentary about the inventor of the first electronic synthesiser instrument and his subsequent life after he was abducted by the KGB as well as a...

Listen to this. Just listen to it.

The Theremin is almost 100-years-old

My understanding is that very early in season one, the vocal portion was subtly doubled by some electronic instrument, but definitely not the theremin.

I think the best sci-fi use of the theremin was for The Day The Earth Stood Still.