I warned you. Don´t tell me I did not warn you.

That’s one reason I don’t think the Cars franchise was the best one to make a bunch of sequels and spinoffs to.

Here are some reasons why it was.

I hear he likes it in the caboose

yeah, there’s nothing creepy about the Toys universe.

I have seen that first one before, but you have to survive long enough to do 100k damage to the previous two forms.

Don’t even get me started on narwhals…

I never really understood this need to ridicule anthropomorphic vehicles, like Thomas the Tank Engine or every character in Cars. Making inanimate objects come to life has been part of animation since the very beginning.

I never really understood this need to ridicule anthropomorphic vehicles, like Thomas the Tank Engine or every character in Cars.

obl.
You should never anthropomorphise locomotives or cars because they really hate things like that.

Torchinsky Jalopnik is Best Jalopnik. He’s my favourite writer on there since Murilee left.

horns, teeth, or tusks, they’re all projections. That’s what unicorns do.

Oh, well, you got me there.

Is no one else reminded yet of the colorful designs from Cho Aniki, the series of flamboyant Japanese shmups?

The discourse on Sodor-as-totalitarian-regime is also fine reading. (Click through for full album.) 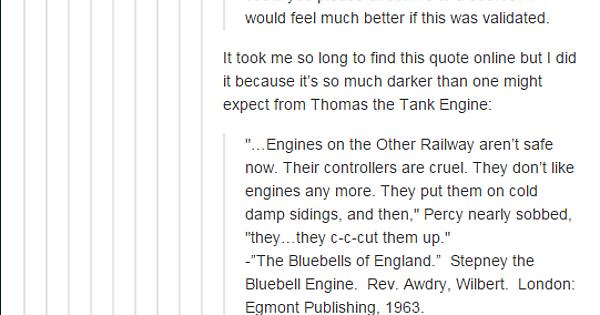 But at least we get basic things like “who makes the toys” and such. In the Cars universe there are some fundamental questions about the nature of their society that are hard to avoid thinking about after a while.

Where do all these vehicles come from? Are they built in factories? Are they brought into the world with adult awareness? Who runs those factories? How can some cars appear to have siblings? Are all vehicles fated into the occupation they were built for? Could a tank choose a civilian life or a Mini Cooper join the Marines? How does anything get done when the vast majority of vehicles have no appendages for manipulating objects?

Rarely mentioned is the deleted scene in the original movie that suggests McQueen’s engine could be removed and deposited in a street-paving vehicle, which of course is an entirely sensible and practical thing that happens all the time with high-performance race car engines.

“Wax on, wax off…or it gets the hose again.”

In fairness that was a nightmare scene so it doesn’t have to make sense even within the rules of the Cars universe. But another unused scene had a terrified and disoriented McQueen lost in a junkyard/graveyard, suggesting “dead” cars are just left to rot/rust above ground.

suggesting “dead” cars are just left to rot/rust above ground. 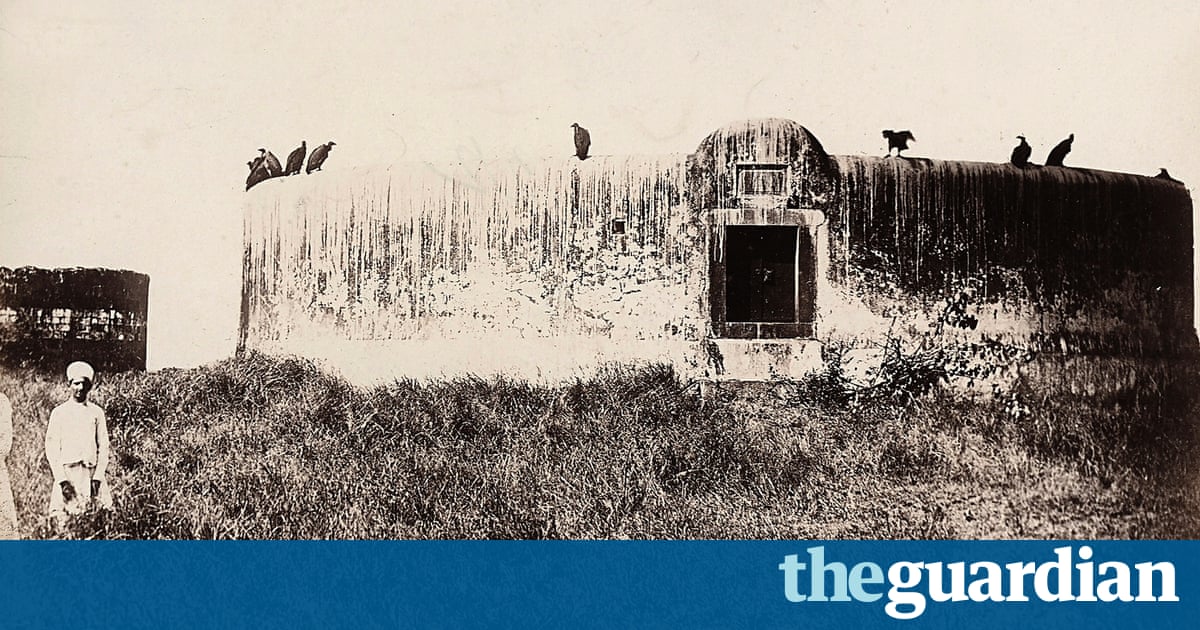 Death in the city: How a lack of vultures threatens Mumbai's 'Towers of Silence'

In exclusive Malabar Hill, the city’s dwindling Parsi community continues with the Zoroastrian tradition of disposing of dead bodies by exposing them to scavenger birds. How much longer can this 3,000-year-old tradition survive?