The truth about procrastination

References to the marshmallow experiment ring a little hollow in light of that other recent study regarding the influence of class on the subjects. 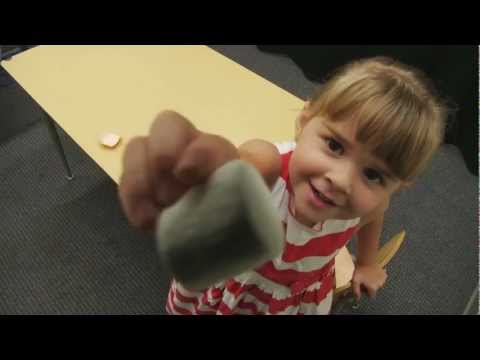 The Marshmallow Test is sometimes used to suggest that people are poor because they have low self-control.

The irony of reading that whole article instead of getting on with this proposal I need to write.

Thanks for linking this, I find a few of the experiments here a little bit questionable for possible explanations they overlook.

In the movie experiment, maybe many of the people who picked more intellectual fare for later did so because they wanted to appear intelligent or classy. Maybe the people who wanted to watch those movies now did so because they actually like those movies. The accompanying graphic showed how we would watch Sunny in Philadelphia before The Imaginarium of Doctor Parnassus. I loved the Imaginarium of Doctor Parnassus. I didn’t watch it because it was good medicine, I watched it because I thought I would like it exactly as much as I did.

Anyway, as someone who thinks a whole bunch about how I think, I can promise McRaney and anyone reading that thinking about how you think and knowing what future-you will be like doesn’t really help with procrastination at all. It just provides a different system of rationalization for why I can put things off now. I think I’d need a much more convincing argument to make me think that people who think a lot about thinking are better at doing than people who don’t. My experience is that people who think about thinking are not very action oriented.

He says it’s largely an example of “present bias”, but it seems to be the opposite… the belief that future you will somehow NOT be exactly the same as present-you, that you’ll have more drive to work, or more able to resist the unhealthy, in the future than you are now.

Anyways, here’s something that could be interesting. If I recall correctly (and from a quick google search), it seems that stress makes people lose impulse control, or at least exacerbates it in people who already have a little problem with it.

Someone should try and connect these three things, if they haven’t been done already.

It’s true that the study itself may not have been well-designed to correctly discriminate between cause-and-effect among the children, but that certainly doesn’t mean that self-control --and the theory behind the test – aren’t important to an individual’s success in life.

“The Misconception: You procrastinate because you are lazy and can’t manage your time well.”

Complete with a quote from boingboing’s favorite “journalist” JONAH LEHRER! No surprise that in his quote he’s spouting somebody else’s empirical data.

One thing I thought about this article that was kind of dumb was the “will you take $50 in five years or $100 in six?” segment.

Personally, I’d choose C) Neither. Who the eff wants to worry about fifty or a hundred bucks five to six years from now? I sure as hell don’t. What a waste of mental energy. I have enough things to worry about. I also don’t keep “buy ten coffees, get one free” coupons. I have enough clutter in my life.

So, when you get back to the “will you take $50 now or $100 in one year?” question, I’ll take the fifty right now, thank you very much, so that you’ll GTFO and not bother me for the next year of my life. It has nothing to do with procrastination or the marshmallow test. Even for $500 vs $1000, I might still take the former just to not be bothered. Unless we’re talking real money, like starting at $5,000 vs $10,000 (and I don’t NEED the five grand right now), I probably wouldn’t want to wait. It just wouldn’t be worth my time and energy.

Anyway, speaking of procrastination, like you guys, I need to get back to work. lol

The amount of money makes a big difference to the test.

Story for those who like stories about university classes in philosophy (tl;dr): In university I took an existentialism course where we talked about Newcomb’s Paradox. In this particular case, the professor framed it as a super intelligent alien who would give put $100 in the box A and either put $10,000 in box B or nothing (summary for those who don’t know: you have to choose to either take box B or both box A and box B - the alien will put the money in the box if it predicts that you will choose only box B).

Most people said they’d take both, so he wanted someone who said they would choose just B to explain themselves. I explained that beating that while $100 would be nice, I’d still be graduating under a mountain of debt, and I’m not going to starve without it. On the other hand, years from now if I pick just B and get nothing then I’ll still be the person who showed the super intelligent alien up. Apparently I kind of ruined the thought experiment by putting a non-zero value on getting zero dollars.

It’s never too late to come up with a good post for this one.

The actual truth: I procrastinate because there’s stuff I’d rather be doing right now.

I just thank goodness every day for coffee. Caffeine keeps me too amped to screw around procrastinating.

I’m not totally sure I understand this — if the alien will put money in box B if it’s chosen, why wouldn’t someone just choose B?

Also, I’ll definitely want cake in a week. It’s not even a question.

Well he’s found an answer but it’s not the answer. Not for me anyway.

I find that i work better under pressure so I procrastinate and as my deadline gets closer i find that that motivates me. It’s not a conscious thing but just my retrospective analysis.

It’s if they predict you will choose box B. But they either put the money in or don’t before you choose. So it’s a thought experiment about causality. Most people argue that you should take both because by the time you make the choice the money is either there or it isn’t. So the question is kind of about whether what you choose to do now can have affected what someone would predict what you would do in the past. If you choose box B (and not A) you are either saying there is some possibly connection.