The US government just "disestablished" a Native American reservation

Pay attention. They’re about to do the same (effectively) to the Muskogee Creek in Oklahoma (and with them the other four established tribes). Except this time it will be the Supreme Court and RBG will likely cast the fatal vote.

Typical. U.S and Tennessee stole thousands of Cherokee acres at Tellico, over protests from the tribe and from journalists and activists nationwide, so that developers could line their pockets. Now Rep. Chuck Fleischman humblebrags that government is giving some land back to the tribe…30 acres. I couldn’t make this up.

This may be another reason that Capone descendants are moving into government.

Because no one in his circle thinks it’s offensive and even if someone told him it was, he would still do it.

Well, this seems to align with how we treat this shit throughout history.

At first I thought this was a product of GOP stacked courts, but everyone on the 1st circuit is Obama back to Bush 1. All it took was was an evil bureaucrat and the system did what it was designed to do, punish on behalf of the wealthy.

Nobody seems to learn. They are going to start a war. Friends of mine have expressed interest in not renewing their treaties with the US Gov. and claiming their land back.

This Administration has come and it will go.

He doesn’t give a shit.

I expect one of the problems here is sociopathic greedy and spiteful assholes keep making it to our leaders and I expect it’s a bug in the system that makes it easier and disable for those to get power.

I would suggest a bug patch but at this stage of the game I think the source code here has hit critical mess and any further bug patching will just result in more bugs.

Sigh. Just another example in the long history of Tribal Law fucking over Natives.

I don’t know the specifics of this tribe, but I have heard about several smaller tribes having severe trouble getting recognized in the 30s when they implemented the current roll system, and their legal protections are far less than the others who were.

I will also bring up what I have seen in some of my research that there are “fake” tribes. They are basically Sen. Warren types trying to claim ancestry with out evidence to back that up. I fell down a rabbit hole once of Native Rights activists and so there are lists they have that condemn these people. But I’ve also seen lists of tribes they feel should be federally recognized but aren’t. So this muddies up the water on who should and shouldn’t get status that didn’t make it initially. (Note, I have no idea which category this tribe falls under, but since they had land, I am going to assume legit unless proven otherwise.)

In other words, a nearby casino owner has been trying to exploit federal land trust and BIA regulations to eliminate their competition.

Shocking that a President who looks to Andrew Jackson as his favorite predecessor would fuck over Native American tribes so badly. 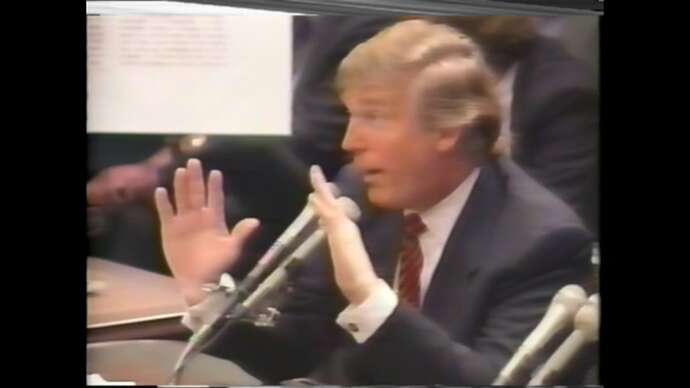 'They don't look like Indians to me': Donald Trump on Native American casinos...

In 1993, Donald Trump testified before a House subcommittee that the mafia was running rampant on Native American gaming casinos. Here, he bickers with members of Congress about taxes, the FBI and if certain tribes "look Indian."

Video without the pay and tracker wall:

‘They don’t look Indian to me’: Donald Trump video emerges

Donald Trump insists his demand that four Democrats “go back” to where they “came from” wasn’t racist and he doesn’t have “a racist bone in my body”.

I expect the effing feds to pull even more shit, using the pandemic as a distraction.

I wouldn’t put it past the sick bastards to send over a new batch of infected blankets.

I am paying attention. What actions can we take, specifically? I am ready & willing & have time on my hands.

He has been told, many times. But there’s little-to-no overlap between “people willing to inform Trump that he’s doing something inappropriate and offensive” and “people that Trump allows to remain in his circle of influence.”

This one is out of our hands, unfortunately. The Supreme Court has been hearing this case since last spring (which is remarkable as they asked to re-hear it this session). Call RBG, I guess? She’s got an awful track record of defending native sovereignty and is probable to go with the conservatives and make a majority. Gorsuch recused himself as he previously heard this case in circuit, so it should be a 4/4 split which would uphold the lower court’s ruling in the favor of the tribe but again, she seems to be leaning away from reason here.

Huh? What makes you think he wouldn’t know he’s being insulting? He is our wind-up Insulter-in-Chief.

What I don’t understand is, why, for the last 5 years, does this porcine 12-year-old get to relentlessly drag “the haters and losers” who oppose him, but if you question (let alone insult him), he gets to call you “nasty” and the entire right-wing establishment starts pearl-clutching about how you’ve maligned the dignity of the Presidency.

Imagine any previous President (or contender) once saying what he says on a daily basis, but you can’t, because if they did, every media outlet would be taking him apart and opining about how outrageous and unsteady they were. Marco Rubio tried it, once, and it tanked his entire primary campaign.

We just live in a really bad science fiction timeline: Season 3 of “Counterpart”.

She’s got an awful track record of defending native sovereignty and is probable to go with the conservatives and make a majority. 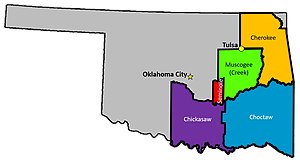 It would complicate things for most people living in those coloured areas, as a decision in favour of Murphy could be extended to cover more things than the machinery of death