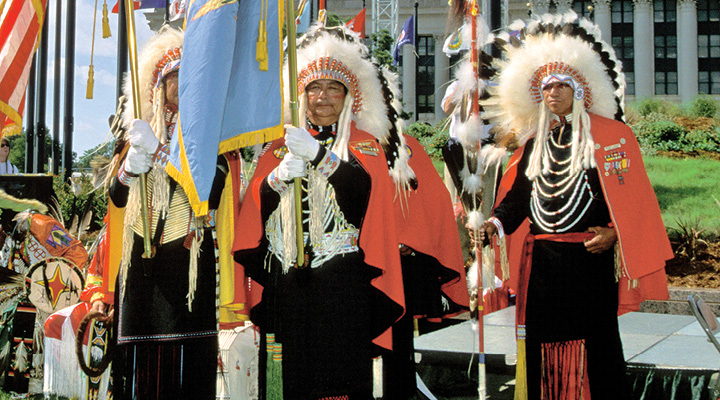 A Supreme Court ruling could return nearly half of the state to Native Americans.

It’s interesting, but probably of limited affect. In certain areas, certain crimes by Indians can only be tried by the federal government (or, if delegated by the US to the Tribal Courts, by the Tribes themselves). This case just expands that area to extend to about half the state. I don’t know all of what falls into Major Crimes, but as a practical affect it just means extra work for the Feds or the Tribes, and a whole lot of petitions for habeus relief by Indians in state prison.

Bit of a joke to make the Native Americans navigate a justice system that was rammed down their throats, then say they ‘won’ land that has belonged to them since forever.

For criminal prosecution, I agree.

However, what might be more impactful is the SCOTUS has affirmed the tribes and treaties were never officially dissolved by congress. Thus the tribes have standing to sue for return of land that was stolen from them. While a much land was legally acquired, a not insignificant portion was outright stolen. I could easily see tribes moving to restore land that was taken without legal accession.

I did do some Indian law as a lawyer which means I know just enough to probably know less than the average person since I know that I’m mostly confused by it but… I think this cases is a bit different in that most reservations are pretty well defined (there’s very little question of what the current territory of the Navajo is, for instance, or the Yurok) but this one was less well defined. But I take your point.

There was a SCOTUS opinion fairly recently where they put a town in Nebraska back into a reservation, so this actually is an active issue that hits the courts every few years.

I am reminded of Worcester v Georgia.

I suppose that this decision can serve as precedent for analogous interpretation of Indian Law, but the immediate effect seems to remove state jurisdiction and substitute federal jurisdiction-- not Creek jurisdiction

However, what might be more impactful is the SCOTUS has affirmed the tribes and treaties were never officially dissolved by congress.

This! The ruling pertained to criminal prosecution, but the legal ramifications are vast. This is extraordinary! I’m overjoyed at this news! There has been a strong trend among various sovereign nations to reassert their treaty rights, this is like dumping gasoline on a spark! Think of the environmental, socio-economic and health & welfare issues this can aid in resolving.

For anyone who wants to dive into the background and implications of this, check out Rebecca Nagle’s This Land podcast. https://crooked.com/podcast-series/this-land/

I lived in Okmulgee, OK for a couple years back in the early teens- and before I moved there I never heard of the Creek tribe.

They are everywhere in Oklahoma, and I made several friends who were Creek. Honestly, they’re no different from any other Americans- except for their heritage. Really nice people.

For “major crimes”, yes, but that was already the case with Sovereignty and was qualified (for instance, in the case of a guilty plea in a capital punishment conviction, the Nation would hold final say over capital punishment). The reason this case is so resonant has nearly nothing to do with the two cases they ruled on, though. By reaffirming sovereignty rights, it upends 113 years of overreach by both the state of Oklahoma and the fed. This can be used to invalidate allotment, which was the “divide and conquer” strategy that took the Five Tribes from the demographic with the highest per capital literacy at the turn of the century to the pauper state they are now (and this was after the Trail of Tears and Indian Removal).

My family all live in Tahlequah, the Cherokee Capital and I so desperately wish I could be there today. What a day!

How nice of you to acknowledge them, they must be thrilled.

As someone who worked many years providing health care on reservations/Pueblos and who has deep ties to those communities, my one hope for Gorsuch was that he’d be on the right side of cases that involve tribal rights and affairs.
He’s held that standard, at least.

I shared I didn’t know them, got to know them. They were there long before I knew of them, will be long after.

Many people have never actually met and lived alongside Native Americans, I figure any small thing I can do to dispel the idea they are somehow “different” would be a good thing. Chill with the holier than thou.

I’ve been fascinated by Indian Law for years. I clerked for a federal judge out of law school who was himself a noted legal historian on French and Spanish interactions with Native Americans and I’ve had an opportunity to work on a couple of cases involving Indian Law issues. I’ve found that, regardless of politics the more people dig into this stuff generally, they tend to get to be pretty serious about trying to get to a correct result.

I’m not at all surprised that Gorsuch, being on the 10th Circuit where they routinely deal with Indian Law issues (as the CA10 covers Oklahoma and Kansas) was pretty sympathetic to the issues here and worked through the whole set of issues to derive an answer, instead of deciding “no, hey, that can’t be right” and sticking with the status quo.

That’s a really interesting perspective re: Gorsuch I hadn’t considered.

Not that they don’t get any Indian law stuff elsewhere, but the 10th does a ton (and when I was clerking on the 8th Circuit (Dakotas, NE, MN, IA, MO, AR) we had a bunch).

Mazel tov on clerking at the 8th Circuit. I think you’re spot on & wish there was a bit more, ahem, diversity in the thinking on the SC. It’s pretty sad when Gorsuch is providing it.

It’s bad enough when nearly every single SC Justice (and their clerks) comes from the same five undergrad and three law schools, but when their terms as judges and justices are so NE-centric as well, it’s tough to get through on some things.