“I’m sorry I do not have my clothes, I will never stop calling you” seem like good song lyrics, though.

Into Afrikaans and back becomes:

Notice how the machine is only mangling the human text (mostly)!

I am disappoint. The lyrics to the Ewok song at the end of RotJ yield nothing. 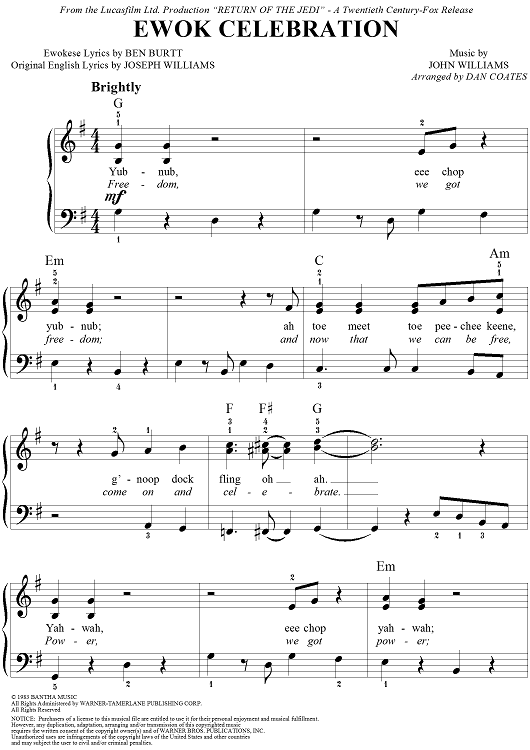 "Ewok Celebration", known commonly as "Yub Nub", is the title of a 1983 song that appears in Star Wars: Episode VI Return of the Jedi. It was published by Bantha Music and is administered by Warner-Tamerlane Publishing Corporation. The song appears...

In 1969 Philip K. Dick wrote about use of translation computers over the internet to play ‘the game’ in the novel Galactic Pot-healer. The characters choose a common saying or movie title and use multiple translation computers to create an odd phrase, which they post. The first person to solve for the original phrase is the winner. I believe the Galactic Pot-healer is the first description of the internet used for social fun. Can anyone confirm or counter this belief?

Anyway, this is a very interesting way to generate poetry, and way more fun than ‘the game’:

The problem with modern approaches to machine translation is that they are just good enough to trick monolinguals and some people who know two closely-related languages into thinking that they are ready for use.

Imagine you’re in Sarajevo (Bosnia). Somebody tells you something about a “brzi voz za Slavonski Brod”, which Google dutifully translates for you as “fast train to Liverpool”. Which is interesting, because I never knew that town on the Croatian-Bosnian border shared a name with the more famous English city.

I am disappoint. The lyrics to the Ewok song at the end of RotJ yield nothing.

That’s probably because you wrote it in a rough English-based phonetic transcription. If you had used the original script or a the proper scientific transliteration instead, Google Translate would have had no problem.

It worked fine for me copying and pasting you “Iä!” But the exclamation marks do make a difference. I was stuck on “Daddy Daddy Cthulhu!” until I realized I needed to start removing some.

Imagine you’re in Sarajevo (Bosnia). Somebody tells you something about a “brzi voz za Slavonski Brod”, which Google dutifully translates for you as “fast train to Liverpool”.

This currently translates as “fast train to Slavonski Brod”, which is a city on the Bosnian-Croatian border. Is this some sort of figure of speech?

My favorite was ichigoichie machine-translated into “Forrest Gump”. I was unfamiliar with the term and decided to try Google Translate. Apparently, the Japanese title for Forrest Gump is ichigoichie, which actually means something like “one time, one chance”.

This currently translates as “fast train to Slavonski Brod”, which is a city on the Bosnian-Croatian border. Is this some sort of figure of speech?

Did you choose “Bosnian” as language, or did you allow it to auto-detect Croatian or Serbian?
It used to make the same mistake for all three almost-identical languages, but apparently, Croatian and Serbian have had more training data in the meantime.

So no, it’s not a figure of speech, it’s Google Translate literally replacing one city that it hasn’t heard of much by another city that is mentioned more often in connection with trains.

Here’s what I’m getting:

Weird poetry which eventually does resolve into repeated characters. Then:

Giving it to various spellings of Cthulhu.

Capitalizing the I in Iä basically results in “Daddy”.

Then, speaking of “giving it to Daddy Cthulhu”, the exclamation point makes all the difference:

It works for me if I choose Bosnian. It also suggests that perhaps I meant Liverpul!

This is why I could never be a proofreader! I completely missed that and saw a regularity that wasn’t quite there.

It works for me if I choose Bosnian. It also suggests that perhaps I meant Liverpul!

Strange. Is Google subjecting us to A/B testing, or are you translating the other way?

Out of sight, out of mind

Finnish seems to be a good language for this sort thing.

‘Out of sight out of mind’ eventually settles on ‘No eyes, in mind’

I translated it back as well to see what happened.

An interesting one is ‘Out of sight, out of mind’ into Latin. Then just keep pressing the Swap languages button. Interesting sequence that gets quite long until it suddenly collapses to ‘It appears that in mind’ = ‘Videtur quod in mente’.

Here’s what I’m getting:

I obtained similar results, and could not help hearing them as despairing lyrics from a collaboration between Bauhaus and Crispy Ambulance.

Playing around with it is kinda fun

Interesting that after a certain point “Detect” went back to English, so I had to manually choose Bulgarian to see my translation.