The whole world is fat, and getting fatter

Which means if a meteor hits the world & causes nuclear winter, more people will be able to survive in the ruins of our civilization.

Or just have more drawn out deaths.

This is a major issue, from a health point of view, but also from a sociological perspective.

In the UK, we have socialised medical care. I’d feel great if everyone did their best to stay healthy. Obesity generates so much illness, so much pressure on the system, that, selfishly, skinny me gets kind of cross.

I don’t blame the hapless consumers. I do blame the food business. Mind you, the consumers should stop being quite so mush-headed.

Survive how? By eating each other?

Since everything is but an illusion,

Perfect in being what it is,

Having nothing to do with good or bad,

There’s one study reporting that many animal populations are also becoming more obese. So instead of hi-fructose or the Internet, the epidemic may be caused by something more ubiquitous, such as endocrine disruptors or CO2.

Instead of making the big long, drawn-out argument, I’ll just link someone else: 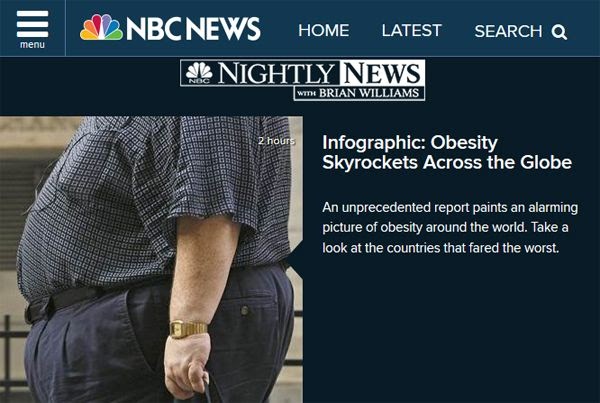 [Content Note: Fat hatred; dehumanization.] This is currently on the front page of NBCNews.com: Fuck you, NBC. That man whose cropped...

the problem is that cheap food is mostly gobs of carbs. They use the insulin method to enter cells and are converted to glycogen and then fat. I am believing more and more that carbs will always make you hungry again in short order but if you eat fat and protein you will be sated.

Of course, the Buddha died from eating too much pork.

I don’t think you can make blanket statements about diet due to genetic variance among individuals, but I suspect you’re more right than wrong.

You mean bad pork, not too much pork.

Budai is distinct from the Buddha, and is treated as one of the forms of Maitreya, who is “the Buddha to be”, a new bodhisattva prophecized to appear in the future to bring about the full realization of the “pure Dharma” - basically everyone finally becomes enlightened and the world attains a state of perfection and harmony and whatnot.

Budai himself was originally not related to Buddhism, but like so many other traditional Asian figures he was added to the collective mythology as Buddhism spread into new regions and the locals wished to retain their extant gods and legends in addition to taking on the new teachings.

In either event, he exists as a symbol of hope for the future, of a time when we will all be “fat and happy” - a powerful message for the masses in a portion of the world historically plagued by hunger and starvation. “The future will be better! No one will go ever go hungry! We will have food enough to spare, and we will all grow fat instead of wasting away!”

i’ll bite. what was your argument going to be?
that the picture used in the boingboing post was insulting to fat people, or the person “anonymized” in the picture?
mostly curious, and i think it’s going to be an issue moving forward.
some decisions are really difficult for people, and we have to be sensitive to that. but like most people in the comments, i blame the lack of regulation and the “food” companies, not the victims

This is one of those things where a quick reply doesn’t really do it justice. If you want to dig, check out the fatstronauts 101 posts on shakesville, or read about fat acceptance and health at every size stuff.

But in particular, if the image is an anonymous fat belly used as the media grabber this conveys a few things to the viewer.

Just like any other human deserves to have sovereignty over their bodies (c.f., body modification, abortion, clothing choices), fat people’s bodies belong to those people. It’s not worthwhile to position oneself as an outside auditor / controller / whatever.

I think if you refer to fat people as “victims” of the modern agricultural industry, you’re eliminating a lot of agency there. Fat people aren’t all the same - the reasons why fat people are fat are many. Calling them victims (or lazy, poorly-educated, unable to control impulses or) whatever ends up silencing and eliminating the fat person from the fat discussion. It turns a fat person into someone who has a body that represents a problem to be solved.

This is not a neutral position, and like many of the crusades of the past (actual crusades and the ‘I’m white so I’m going to save Africa from Kony’ thing that flew through mainstream culture a few years ago) is based on (a) simplified understanding of the real situation and (b) belief that we know better so you should cede your agency to us so we can fix you.

Gah, and here I go on for paragraphs, probably not all that coherently either. Not the easiest thing to distill into simple terms.

You realize that’s a stock photo, right? So the subject certainly did consent to whatever use of the photo his contract allowed for. Further, if his face hadn’t been cropped out, suddenly the photo appears to be about this one specific chubby guy instead of illustrating the general concept of obesity. What illustration do you suggest that would be safe from charges of fat-shaming? Make it too generic and you’re depersonalizing fat people, make it too specific and you’re holding a particular guy up for ridicule.

This story is not about fat persons, it’s about populations. A fat person’s body may not a problem for the rest of us to solve, but an increasingly obese world is.

This isn’t about being right or being wrong. It’s not like you’re going to argue and suddenly I’m going to say, “you know what? I’m too thin-skinned, or whatever.” I’m also pretty capable of noticing the photo attribution in the original article.

Still, if you were running an article about abortion I don’t think it would be appropriate to show a stock photo of a lady’s crotch, despite that being the relevant body part.

I’d also challenge your supposition - “the increasingly obese world is a problem to solve”. It’s flawed on a few levels, from framing to finish. The linked article, for example, points out the increase in obesity rates from 1980 to present, without noting that the definition of “obese” changed in the late 1990s. Overnight, our “obesity rates” went way up, despite people being the same size. Naturally more people will be counted as obese now then as then, even if people weigh the same. Even if weight is going up over time, it’s just as bad as showing a few years of climate data and claiming global cooling. Reactionary article and misleading infographics, from USA Today? Gasted, my flabber is.

Look more closely or apply a skeptical frame of mind to the underlying claim: “being fat is bad”. There’s a surprising dearth of scientific evidence to support this. There’s plenty of nutritionists (who have a conflict of interest) who will tell you about that, but a great deal of common knowledge about the negative effects of being fat derive largely from prejudicial thought, and not from scientific evidence.

I’m clearly not going to win any debates on this topic, but I would count it a positive sign if people were less blindly accepting of fat === bad, obesity === epidemic. There’s a lot of subtlety there. Sure, there are fat people with less health than skinny, but there’s plenty skinny people who are disordered eaters or have problems related to their metabolism as well.

The american (and global modern imperial) relationship to food is a complicated one (probably actually complex). Reductionist approaches do nobody any good. So yeah, let’s talk about it, but let’s talk about the whole package: understanding health and food and opportunity and all that. Let’s not presuppose.