The world's first trillionaire may be an asteroid miner

And the source of that fortune? Timely exploitation

Fine so long as they don’t bring the asteroids to Earth orbit for mining. A mistake could open up a whole new class of “steel dumping”.

Let’s agree to defeat capitalism and institute communal, socialist ownership of all natural resources before we’re all slaving away on Jeff Bezos’s asteroid-fulfillment center.

If a rare element suddenly became abundant enough to net someone a trillion bucks, wouldn’t the market value of that commodity drop due to increased supply? Oil worked for Rockefeller because you literally burn the commodity keeping the resource scarce. How would that work for a rare mineral?

Exactly, my understanding is that a handful of asteroids would effectively crash all the heavy metal and rare element markets overnight.

The world’s first trillionaire may be an asteroid miner

In other words, she’ll be one of today’s billionaires or one of their heirs. For the kind of lift capacity required, expensive rockets are more effective than bootstraps.

If a rare element suddenly became abundant enough to net someone a trillion bucks, wouldn’t the market value of that commodity drop due to increased supply? Oil worked for Rockefeller because you literally burn the commodity keeping the resource scarce. How would that work for a rare mineral?

It’s the idea that for a certain period of time the individual or corporate entity will corner the market in a mineral people need for practical purposes. In this scenario, the spot price of unobtanium suddenly plummets because there’s a big asteroid bristling with it that’s being mined. In the meantime, though, the owner of that asteroid is doing a massive and effectively monopolistic volume business because it’s no longer worth it for Earth-based unobtanium mines to stay open.

That situation wouldn’t last forever but it could make Jeff Bezos IV a trillionaire.

But they won’t and can’t corner the market just by uncovering a new supply. The market exists independently of the asteroid mining venture. The price of the commodity is set by the existing market based on supply. All this would do is increase the supply lowering the value of said commodity. They could undercut the existing suppliers but there would have to have a ready and waiting demand for whatever you got from mining the asteroid in order to do that. Unless we imagine that having 100 tons of a rare mineral would create a boom in the use of that mineral by people increasing production capacity to a point which might exceed the new supply, you would end up with unsold material waiting to be bought by manufacturers as they need it. I just don’t see that scenario happening for any rare earth material.
Or to put this another way, what rare material, if suddenly found in abundance, would be able to be incorporated in to our manufacturing processes in such abundance and to keep the value of a suddenly common material high enough to warrant such a venture.

Exactly, my understanding is that a handful of asteroids would effectively crash all the heavy metal and rare element markets overnight.

it’s my understanding that even one can end life as we know it.

but will they be self-made ?

I don’t think it’s about rare minerals; it’s just about having an excellent source of something that’s useful and somewhat hard to obtain. In particular, once you overcome the (huge) initial cost, you can produce as much steel as people can eat.

It would of course affect the price of steel, which is somewhat affected by supply. But because metals are so useful, the demand can expand enormously to compensate. Aluminum was once prohibitively expensive, but once modern smelting methods made it possible to produce in large quantities, it became far cheaper. But then it went from being a curiosity to being a staple material that people bought by the kiloton, and that’s what made Alcoa a fortune.

If unlimited cheap steel were available, every building would use steel framing, there’d be a boom in railroad construction, etc., and competing terrestrial steel producers would be out of business. Also, you’d have a stranglehold on space-based construction, where anything shipped from Earth costs its weight in gold.

I kinda think it would have to be. Using your examples seems like a bad idea. Steel and aluminum are so cheap and in such abundance (well iron is and so is carbon) that we already have the capacity to produce much more than the market demands. It is the processing of these materials in to a usable product that is expensive. Obtaining the raw material on earth is cheap and easy. That’s why I think the focus would be on rare earth minerals.

But they won’t and can’t corner the market just by uncovering a new supply.

He corners the market by being able to acquire the commodity (rare or otherwise) with (theoretically) the same or better efficiency as an Earth-based miner in far larger volume. That puts all of the latter out of business because it’s very difficult to compete with the asteroid miner.

Eventually someone or something will come along to disrupt the effective monopoly, but not before someone becomes a trillionaire in this story.

Or to put this another way, what rare material, if suddenly found in abundance, would be able to be incorporated in to our manufacturing processes in such abundance and to keep the value of a suddenly common material high enough to warrant such a venture.

Capitalism, especially in its current form, encourages a corollary of Parkinson’s law (or the ideal gas law) when it comes to the production of new stuff (say a pocket computer) that can be sold at a cheap price in volume while the old stuff is just tossed away rather than recycled. This will be especially true if humanity manages to survive and thrive enough to colonise the inner planets while still following some form of capitalism.

Me, I’ll settle for the mere billions to be made from transporting and selling air and water to wildcatters and to the employees of the asteroid-mining trillionaires. I’ll leave the space brothels to the descendants of Dolt-45, who might be tickled to go back to the original family business.

At some point the calculus of “Do we destroy this landscape forever” or “do we try to pull some down from space” is a good one to work out.

“Do we need all that metal” is an even better one, but I don’t expect billionaires and temporarily embarrassed billionaires to ask that one.

and not mixed in with all those oxide impurities found in terrestrial ores.

The main benefit of asteroid steel would be that it’s up the gravity well, for off-Earth projects.

And just what does that have to do with anything? M-type just means we partially know the composition and they are generally featureless and a reddish slope to their spectrum. Sure, some or nickle-iron but only some.

The main benefit of asteroid steel would be that it’s up the gravity well, for off-Earth projects.

As I understand it, the main obstacle to asteroid mining is how to get the children from the Global South there to mine it. The billionaire who solves that problem will be the first trillionaire.

If we’re out in space enough to be doing asteroid mining projects, we’ll be doing a lot of other stuff in space too, and hauling stuff up to Earth orbit is hideously expensive.

lets focus on what’s THERE that could be disruptive HERE, and not consider the Vibranium and Unobtanium markets?

Along with “peak oil” I’ve also heard discussions about this:

Peak phosphorus is a concept to describe the point in time when humanity reaches the maximum global production rate of phosphorus as an industrial and commercial raw material. The term is used in an equivalent way to the better-known term peak oil. The issue was raised as a debate on whether phosphorus shortages might be imminent around 2010, which was largely dismissed after USGS and other organizations increased world estimates on available phosphorus resources, mostly in the form of additio Ph...

The question seems about as settled as the one for oil, which is to say not at all. However, in order to sustain human life at this scale we need phosphorus a lot more than we need oil. 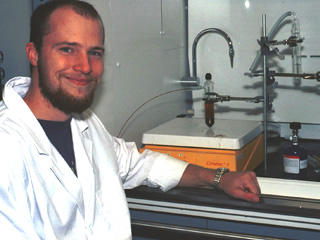 UA scientists have discovered that meteorites likely delivered biochemically important phosphorus to early Earth. Their discovery helps predict where else life might exist.