and another source said…

I guess the London sewer system is really complex and old. And the fact that they don’t seem to recycle the old grease from restaurants can’t help.
I see two possible solutions : recycling line for cooking greases, or just stop eating that much fried stuff.

(I just check, there is some legislation in France about grease storage and recycling in restaurants)

(as much as 11 double-decker buses)

The duble-decker bus is a standard unit for length, not weight:

Bad name for a band.

Hermes Phettberg (born October 5, 1952, as Josef Fenz) is an Austrian artist, comedian, actor, author and talk show host. The first name of his nom de plume is taken from the ancient Greek god Hermes. The last name means "fat mountain", but is written as Phettberg instead of Fettberg as an ironic hint to his Greek-sounding first name. Phettberg grew up in the village of Unternalb near Retz in a family of winegrowers. Following a brief stint as a bank clerk and continued education, he became ass...

IIRC Ancient Rome employed workers in the sewers to prevent this sort of buildup before it starts rather than trying to clear them out when it gets bad enough to cause a problem. 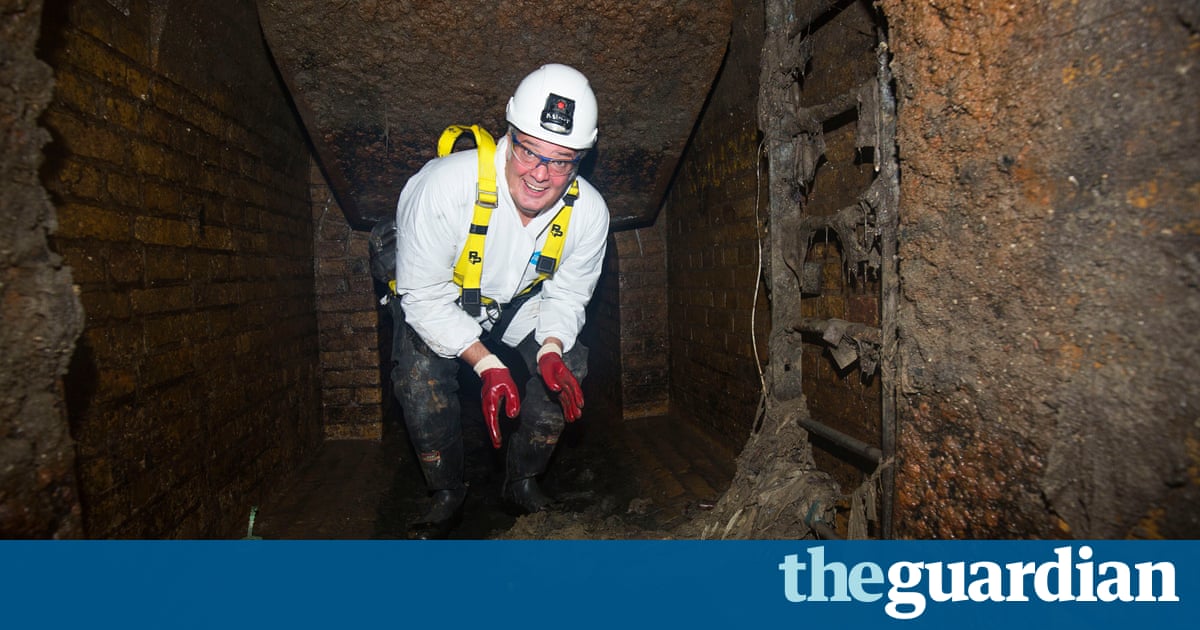 Mind that fatberg! My day as a 'flusher' in the London sewers

From killer rats to fatbergs and the prevalence of poo, Stephen Moss goes underground to discover the truth about the capital’s historic sewage system – and the intrepid band of workers who clean them

And the fact that they don’t seem to recycle the old grease from restaurants can’t help.

Some do. Even if you don’t, you are supposed to dispose of it properly (if you’re a food business).

Enforcing that is a bit of a problem.

We have an awful lot of restaurants and fast food outlets - for some reason fried chicken seems to have become the fast food du jour - and not a lot of environmental health or planning inspectors.

Also, none of that would help the untold gallons of grease and oil that domestic households and non-food businesses put down the drains.

Human life involves a lot of grease in one way and another.

Then there’s all the weird stuff people flush down the toilet.

Thanks for that answer, very interesting.

the untold gallons of grease and oil that domestic households and non-food businesses put down the drains.

I was thinking about that. Creating collecting points and distributing some king of “jerrycan for used grease” for each home could be the beginning of a solution.

I think we’re trying to get to that point but as always with recycling persuading people to do something even slightly more onerous than chucking it in the bin/down the drain is hard.

Lots of recycling centres in the UK will take domestic vegetable oil waste. I don’t know of anywhere off hand that has domestic recycling collections for oil waste.

Turns out there are these people which is a start:

Actually had a similar issue with a pump.

Unfortunately mine got them stuck in the impeller and died. Didn’t realize it since it was on the line just for the mother-in-law suite which is only lightly used. We noticed some odd coloring and white goo around the hatch where the tank is. I lifted the hatch and found it had filled all the way up. It’s about 7 feet deep with the pump float only supposed to let it get maybe a foot or so deep before kicking on.

Ug, nasty ain’t quite sufficient of a word. Got it pumped out and swapped out and now have a standing order of no wipes allowed.