Originally published at: This guy put water inside his acoustic guitar to produce some incredible sounds | Boing Boing

Uhhhh…yeah, ok. I’m not going to address the wisdom of doing this in the first place or whether or not the musical effect was worth it. Those are subjective. He lost me with his text overlay towards the end where he said this was the last song he’d be able to play on the guitar and that he felt the wood starting to bend, and that even the neck was starting to bend. That … is bullshit. That kind of warping from water damage isn’t going to happen in two minutes. Probably not even 10 or 15 minutes if he did several takes. People have had guitars get wet, and then just let them slowly dry out, and had the guitars be just fine. The neck sure as hell isn’t going to bend. That’s solid hard wood. Honestly, it makes me doubt the whole video.

Bernth is great, and is getting better recently as he mellows. You can see him switching from focussing on shred and introducing more melody to his playing.
This video was interesting, but not as dramatic a change as I was expecting. I was imagining something more gloopy with odd bathroom overtones.

Myself, I picked up a (relatively) cheap resonator guitar made by Harley Benton (Thomann’s own brand), because I wanted an acoustic, but at the same time, something different .
Initially, I was trying to play it like a normal guitar, and the high action made that difficult for me, someone who’s used to the low actions on electrics.
But once I bit the bullet, tuned it to open D and got the slide out, it sprang to life. I mean, it feels a bit like cheating, it’s so easy to get cool, bluesy sounds out of. But I can see that to truly excel will take time.

For example, the open D tuning throws all of my memorised chord and scale patterns completely out of the window, so I’m playing by feel at the moment. And I’ve never been a great finger-style player, so that’s something I’m actively forcing myself to do.

But the sound is so gloriously distinct and evocative, I’m loving it. It also helps that I found it very easy to quickly adopt the technique of muting everything behind the slide, so I get less unintended noises.

Oh, and related-ish, I got distracted before bed by a Polyphia “roast” video last night, which was far from a roast, and more an examination of various covers of their music by other hyper-talented musicians.
And it was awe-inspiring.
The winner deserved it, for sure, but there was so much insane talent on display, including the guy playing on many, many different instruments.

But once I bit the bullet, tuned it to open D and got the slide out, it sprang to life. I mean, it feels a bit like cheating, it’s so easy to get cool, bluesy sounds out of. But I can see that to truly excel will take time.

For example, the open D tuning throws all of my memorised chord and scale patterns completely out of the window, so I’m playing by feel at the moment.

Ain’t that the truth? May I recommend Open C, especially if you like a bit of Devin Townshend.

Damned if I’m putting water in my guitars though.

Damned if I’m putting water in my guitars though.

Right? If I still had my first acoustic, I might try it just to see if what he’s saying about the wood bending towards the end is true. My first acoustic was a Hyundai and it was garbage. Something was off with the scale length or the bridge placement or something. It was untunable. No matter what I did, something was always noticeably out of tune. I wouldn’t mind destroying that guitar in the name of science.

My friend left my old 12-string in the lounge on a houseboat on a river and that took three years to warp. Maybe Article Guy’s guitar was really cheap and shoddy?

If I had time, I’d buy some garbage acoustic off EBay and test this out. Maybe I will anyway.

Yeah, pretty sure you could use an effects pedal and produce the same sounds. And, a huge maybe from me on possibly doing this with a carbon fiber guitar.

But, he did get us all to watch his video, so bully for him.

It would be more credible with a before-and-after version of the song.

Is he going to do a cover of “Love is all around”?

When I saw the headline I thought “Oh, he’s got a composite guitar. Carbon fiber from Emerald or Rainsong? A Blackbird Ekoa?”

and I hope not.

I wouldn’t do it with my Emerald carbon fiber guitar because:

Other than that, no problem.

The strings even stayed in tune even with the body bending. Amazing.

Yeah and bendy necks also tend to throw the pitch off.

Ok, yeah, I’m gonna go ahead and call complete bullshit on the guitar bending after a couple of minutes of some water being inside the guitar sloshing around. These guys actually played a guitar underwater, and then checked it out a week later. It was definitely ruined, but still playable, and it still sounded like a guitar. And this thing was completely submerged in water.

In the video linked above, the musician Bernth fills his acoustic guitar with water and subsequently plays a killer track.

This reminded me of the opening song to The Ballad of Buster Scruggs where at one point (52 seconds into the video below) the camera is showing sound and video from inside the guitar. And it’s a song about water. 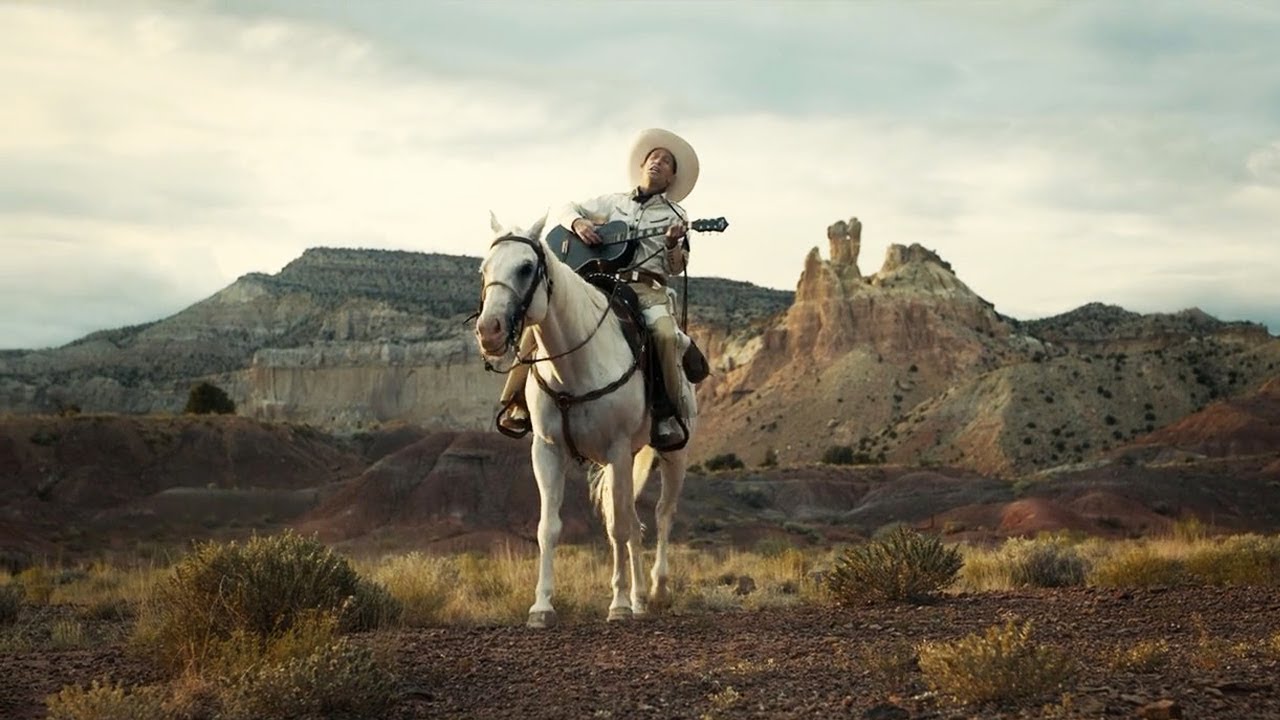 His playing is great, but I was expecting more from the water-- it’s primarily just a sloshing around sound and a tiny bid of quasi-phasing. The reverb is added, and apparently some subtle synth sounds too.

Regarding the wisdom of filling your guitar with water: He’s playing a newer Ibanez. I can’t tell what model but it’s probably a cheaper one so worth experimenting on, it might even withstand a couple hours wet without any serious damage to the wood if it’s laminate (any electronics inside will be ruined though.) My vintage solid body acoustics (70’s Guild, 50’s Epiphone archtop) need to be humidified in the cold weather or the wood cracks from the dry winter air, I literally put a wet sponge both in the case and inside the body, and have to check it regularly.

It’s like, what if you used that 2-part superhydrophobic treatment? That by itself would mess up the harmonics pretty seriously, but you could fill the guitar with all the dry ice you can find then and not worry about the condensation…on the inside. Surely there’s a medium ground between connecting motorbike exhaust to the chamber (or coupling it s.t. guitarists don’t get monoxide going in) and throwing ‘lunar sand’ (hydrophobic) in the chamber.