Originally published at: This is the most interesting documentary about Soviet bus stops ever made | Boing Boing

Are we sure this isn’t the only documentary? Looks interesting, don’t get me wrong, but…

They speak of individualism and locality, concepts anathema to the Communist doctrine

In one sense, yes. But a totalitarian regime that wants to preserve itself does allow for small acts of rebellion centred around what it sees as insignificant and diffused objects. Of course, bus shelters aren’t insignificant to those who use them and diffusion doesn’t preclude the ability to see the big picture.

Once money becomes the main driving force of a nation-state’s ideology, though, these sorts of things cannot be tolerated. The opportunities for advertising revenue and street furniture contracts can’t be sacrificed.

The opportunities for advertising revenue and street furniture contracts can’t be sacrificed. 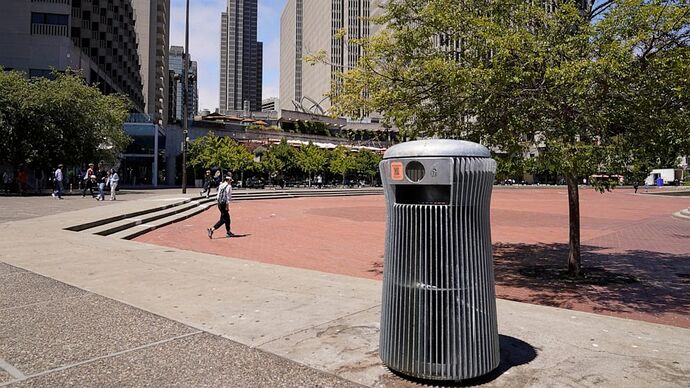 What takes years and costs $20K? A San Francisco trash can

( on the bright side, at least no one is going houseless or hungry there /s

Allegedly Mr Bald is not a very nice person.

r/BaldAndBaldrDossier - Is Bald & Bankrupt really a sex tourist and a...

Allegedly Mr Bald is not a very nice person.

Allegedly. But yes, I do have certain nagging questions about him, and reading this certain doesn’t help.

And worst of all…

Shame i will never get to see the film geo locked to Canada.

edit, just to say there are book of this, if you want to see them, but can not see the film, just got one on amazon, https://amzn.to/3edJCvT

You cannot watch this online?