This space geek built a DIY radio telescope for $150

It’s amazing what you can do with the modern amplifiers and software radios these days! I was just reading some technical articles from the sixties about professional radio astronomers building racks full of equipment to make these same measurements.

But fortunately, my day job is exactly this sort of work.

Still trying to convince the Owens Valley people to send me one of these old BIMA 20-foot diameter antennas for my back yard. (I’m currently working on new control systems for these dishes, having been transported to Arizona.) 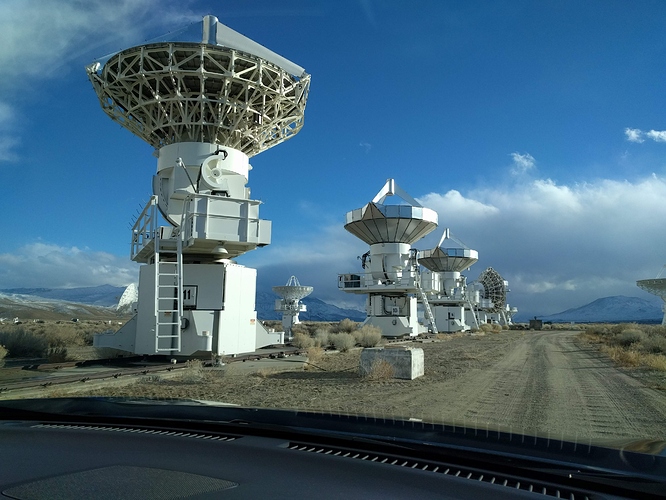 I used to work for a company, that amoung other things, had a troposcatter system using fixed reflectors. When they were decommissioned, an amateur named Bob Stevens (IIRC; I met him in the 1980s, so… ) bought one for a token amount to use for SETI. That was pretty cool, but he also had a deal underway to acquire the use of the steerable dish (> 40 metres, I believe) in Algonquin Park for the same purpose. I believe he ran that for a few years . sometimes, all you gotta do is ask

I bet he can pull in ESPN Sunday ticket really good.

If so, he’s tearing his hair out trying not to pick up ESPN Sunday Ticket.

So how does one generate an image from a radio telescope? Do they use a CCD like optical and infrared telescopes?

I was lucky enough to be near Green Bank when the very large dish collapsed back in the 80’s, and was given the run of the place to photograph it. Turns out that instead of climbing the ladders to get up onto the dish surface for servicing, they would tilt the edge down to the ground so the techs could just step on and not have to climb. Metal fatigue did the rest.

Senator Jay Rockefeller happened to be there one day (with almost no security), asking them what the hell happened, in front of a pile of twisted metal. That was surprising, but I guess it was before the 2001 debacle, so things were different then.

We got around on bikes provided by the place. The only cars were diesel Checkers. There were tiny static ears on every building, all the way up to humongous dishes. It was a great experience. 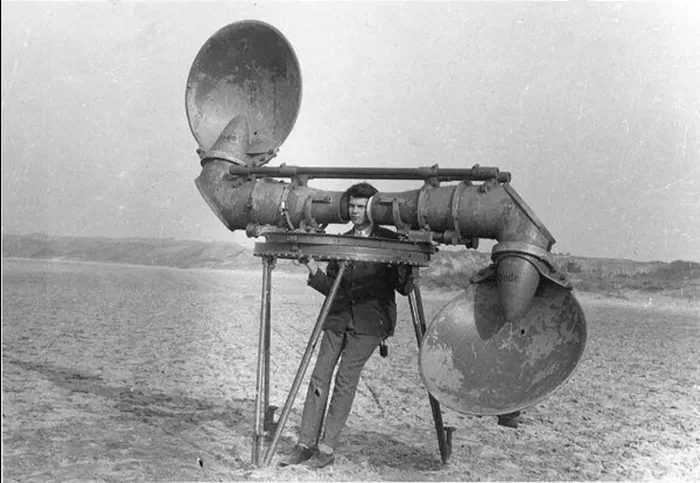 If he built it, then he did it himself. You’re being redundant in your headline. But yes, very cool.

So how does one generate an image from a radio telescope? Do they use a CCD like optical and infrared telescopes?

Single-dish radio astronomy is typically done with a radio receiver, that has a tuner just like the one you use at home. However, it’s a rather expensive receiver, because it has high frequency, very low internal noise, and wide bandwidth. It’s connected to a spectrometer that can separate the noise into its frequency components.

Observing an object involves pointing to the object in the sky and tracking it, while tuning the telescope to a frequency of interest, usually a molecular line from some chemical you’re looking for, and subtracting the background noise from the signal so that the molecule stands out as a spike above the noise level. That’s for looking at one point on the sky.

Images are made by scanning the telescope across an area of sky, and storing the spectra from all the scans in a 3-D array of intensity values. Then these intensity values are assigned colors so that humans can interpret the data easily.

Interferometry, such as what produce that black hole image, is way more complex.

What if you got permission to leave the dish in place, but install a solar powered transmitter to send yourself the data? Then you could still use it and not have to go through the hassle of moving it.

Is he sending or receiving?

Both - he’s sitting on a microphone.

If he and a bunch of like-minded people around the world built thousands of these and connected them (and got them synchronized somehow) could they make something like the Whole Earth Telescope, but with more pixels (or whatever the equivalent is)?

We got around on bikes provided by the place. The only cars were diesel Checkers

Visited Green Bank about 15 years ago. They had diesel mini buses to shuttle visitors right out to the antennas, so if you ever find yourself in that part of West Virginia, it is worth a stop.

It also is a quiet zone. There is no cell phone service and no WIFI for miles, which I thoroughly enjoyed.They told us they constantly drive a truck around town to look for stray signals.

If he and a bunch of like-minded people around the world built thousands of these and connected them (and got them synchronized somehow) could they make something like the Whole Earth Telescope, but with more pixels (or whatever the equivalent is)?

That is a possibility. Time synchronization is a lot easier these days, now that GPS signals are available. I work on the interferometry project called the Event Horizon Telescope. It needs much more accurate clocks, but the concept would be the same.

I work on the interferometry project called the Event Horizon Telescope.

I work on the interferometry project called the Event Horizon Telescope.

I was just in a meeting with some of the higher-ups in the project. The Sag A* observations are planned for next April. I’m currently working on getting the new EHT receiver to work at the 12 meter telescope on Kitt Peak, to add another node to the array.