Thumbing through a 2022 Estes rocketry catalog

I would get a few bucks and ride my bike to the hobby store to buy a 3-pack of engines. The smell of the engines, the anticipation, the launch, and the inevitable hunt for the rocket between the houses near the park. Then, home to look through the catalog and dream for hours.

Great to dust off those memories… Thanks!

I love this! I had a similar relationship with Estes and their catalogs as a kid, and was bracing myself for a how-the-mighty-have-fallen type story. I’m tickled that the catalog is more or less the same as it was half a century ago!

I was a Century guy myself but a neighbor bought the Estes kit with the super 8 camera and asked me to build/launch it. The rocket went up fine, but the parachute did not deploy and so it nosedived into the ground, destroying the camera. The neighbor developed the film although there wasn’t much to see.

On the opposite end of the 1970s desire spectrum was the Cineroc, a rocket outfitted with a Super 8 video camera, something that felt like the bleeding edge of space age technology at the time.

One nit, the Cineroc had a Super 8 film movie camera; video cameras and recorders were still huge and bulky in the 1970s.

Nostalgia is a heck of a drug. For me as a kid, it was always remote control airplanes I coveted. Little airport a minute from my home had a fly-in every year, and I’d go stand and watch all the planes. Not affordable for us, not even the cheapest ones, but even now that I’m in my 50’s I think of those planes from time to time and dream of owning one. These days I can afford to, but I know I have too many other hobbies I already engage in to spend money on another one.

If anyone interested in this should be in San Diego ever, go to the Fiesta Island, near Sea World, there is an awesome group to watch remote controlled [just about anything - water/land/sky] area for this. It’s a blast to watch.

In our neighborhood launch fields, even a ½A would end up on a roof or somebody’s back yard as often as not. I can’t imagine having enough space to launch an F, or trying to find it after it landed.

One of the things I loved most about model rocketry was building the birds myself. So, it’s a little disappointing to see how many current Estes models come “ready to fly” or in kits with all snap-together plastic parts. Thankfully, they still offer full build-it-yourself kits, right down to the balsa wood fins (now pre-cut).

You can always learn how to design and build your own from scratch. It’s not rocket science! 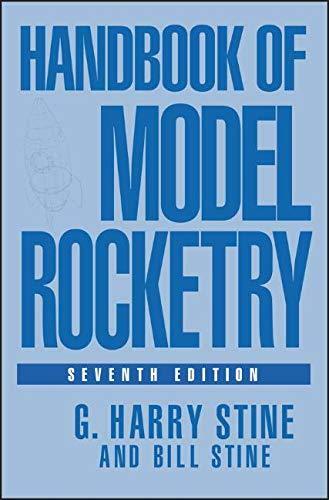 The 7th edition is the latest edition of the authoritative guidebook to model rocketry flight, stability, construction, motor selection, payloads, and Internet resources that support this fascinating hobby. Authored by G. Harry Stine and his son,... 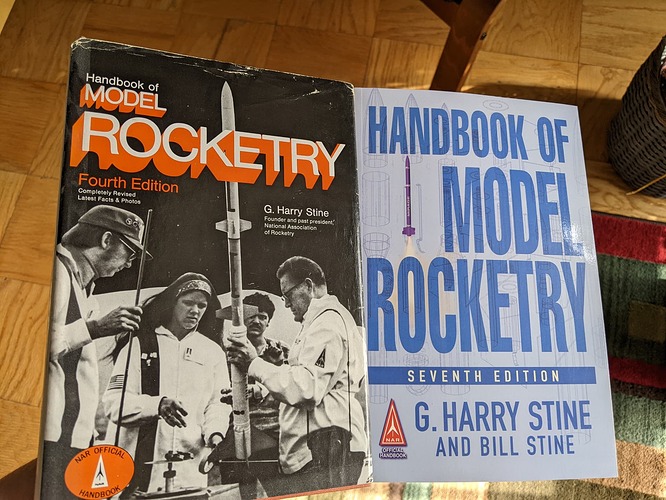 A piece on the history of the company 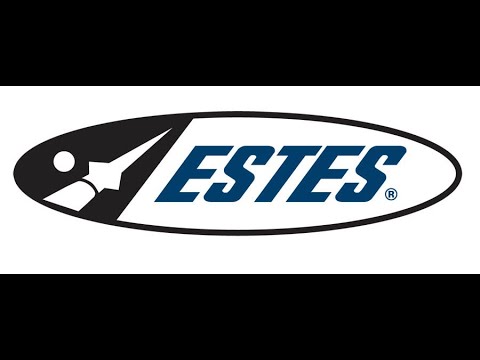 My god, that photo of the Alpha brought back a deep memory from decades back…my best friend and I demonstrating launching that exact kit to our elementary class, but realizing we only had two igniters left, and the first one fell out right as we hit the launch button, flaming out in the grass. The nervousness of having so many eyes on us while we carefully taped the last one into the engine, and restarted the countdown…I’m getting clammy hands just thinking about it!

Man I used to pour over the Estes catalog. I still have most of my old rockets, not that I had that many. I did lose my Alpha in the field behind the house.

I had this bright I idea to make a scale model of a sidewinder missile, taking measurements straight off of one on an F-16 at an air show. Unfortunately, it was only half finished like a lot of my projects.

I do have some friends who are in to the big boy rockets. Making their own engines, etc. One of them needs a GPS to find them again they go so high.

I got into Estes model rockets as a kid in the 60’s. As a teenager I discovered that you could make a decent ariel bomb by taping a stick to a booster engine and a M80 with a shortened fuse sticking down into the top. The ignition that was supposed to fire a second stage would then light the M80. A good time was had by all!

Daniel, is that you?

I had the EXACT same experience in middle school, with the same rocket, down to the igniter falling out…

Ahhh, memories. The field near my house when I was growing up was surrounded by houses and if the wind caught the parachute it would land on a roof. To prevent that from happening, I of course removed the chute.

When that rocket launched and then started coming down we didn’t run to try and catch it, we kept on eye on it so we could run away from it as we had a javelin coming down at us. Parents don’t let their kids experiment like they any more (with good cause!

Last time I did rocketry, I made a rocket for my kiddos co-op class and the kids had a good time. I had more engines and took it back home and let my nephews light it off. One of the runs the chute didn’t pop - not sure if I had it on to tighter or if the engine was bad, but it reached apogee, then turned around and nosed dived into the field. It shoved the nose cone in about an inch too far, but a slit of the tube and some tape later, and it was ready to go again.

There comes a time in every young rocketeer’s career when they realize that the launcher can be tilted from 90° to something more… adventurous.

Whether that happens after 30 seconds or 30 minutes probably predicts almost everything worth knowing about their psychological makeup.