It look like they’ve gotten a new launch panel since I moved up to Oregon.

Moffet wasn’t available when I was down there. The only Bay Area field was a miserable college parking lot, and that didn’t last long. Having a close-in field of substantial size is a big win. Makes it easier to have recruitment events.

Haven’t built/flown a model rocket in decades. Should.

I always Really Wanted the original Estes Saturn V, but didn’t feel I was ready for it.

I’ve never read an Advertiser post before… but this was actually interesting without being too blatant/heavy-handed. I think that’s nice and felt like saying so - that’s all.

The Estes Saturn V is released every five to ten years. There are probably some left from the 2009 release.

It isn’t a super-hard build since they included plastic parts. There are also other S-Vs, some nice and small, from other manufactureres.

I’m working on the OTHER Saturn booster. I sure as HELL wasn’t ready for it when I bought it in 1974. I kept the ruins and am slowly reconstructing it: 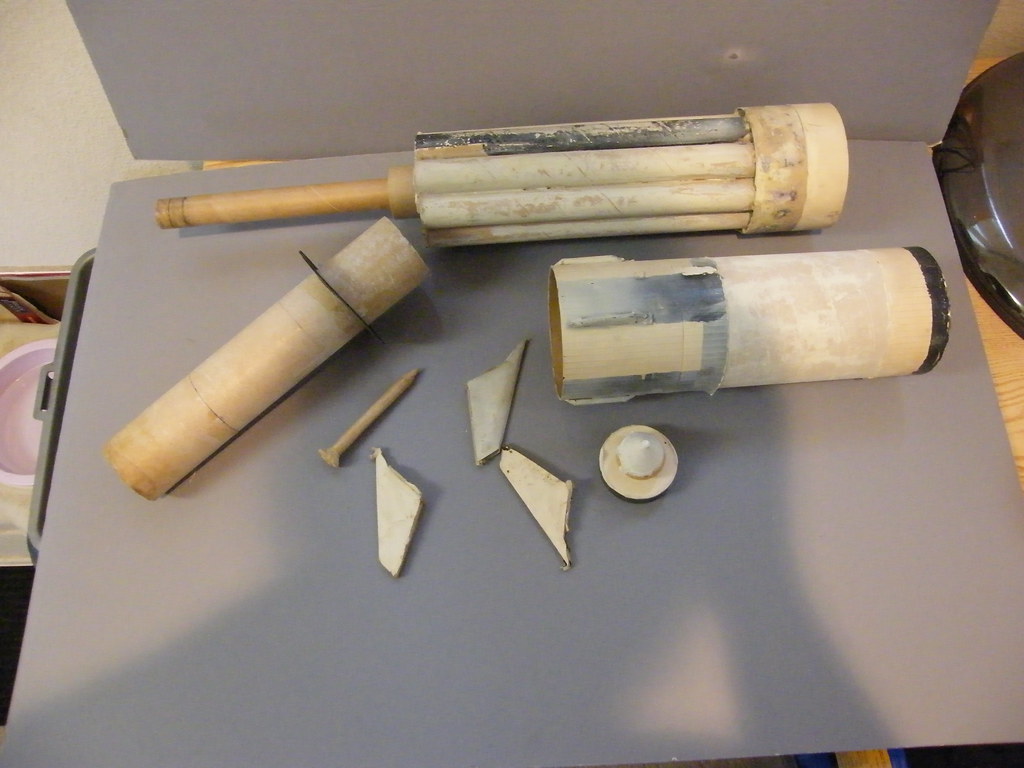 It isn’t a super-hard build since they included plastic parts.

I knew it before they introduced the plastic, and before D engines were commonly available so it had to be lifted on a cluster of smaller engines – as Saturn V’s should be.

Somewhere I’ve got the Estes newsletter that described the time they launched one indoors – in the Astrodome. With the roof closed. They were pretty certain they knew what engine to pick so it’d top out near the roof but not crash into it, but they were still hugely relieved when the launch in front of a stadium-full of people came off as planned; they couldn’t have cut it much finer.

My problem was always finding a field I considered large enough that I could count on recovering the bird without facing Kite-Eating Trees.

Then there’s the time my brother mispacked the chute on his rocket and the nosecone didn’t pop. Luckily it was a plastic nosecone and a relatively soft field, so when we found the fins sticking out of the ground the rest of the rocket was actually not in bad shape. Airplane arrows, anyone?

Hah! Painfully familiar story. When the no-parachute thing happens to a high power rocket they call it a “core sample,” because you end up with a body tube full of dirt.

The Astrodome deal is a bit of a rocketry legend. Estes actually cooked up a batch of lower-than-normal impulse D motors especially for the stadium. Lots of initial thrust to get it going, but not as much total power.

Sounds like you got into the hobby a couple of years before me. If you still have that newsletter, it is a collector’s item. A full scan would be a nice service to the hobby.

Not sure. A lot of the stuff from my room in that house went into storage, and then nobody could remember where it was stored. Sigh.

Which of the Boingers attended? I see the ‘boing boing’ user posted it, and there are a lot of instances of ‘we’ in use, but no identifying information.