I think the answer is linear with the length of the tunnel. You have to see thousands of miles of Earth before you can see the curve - but the curvature of a basketball is hard to see, if you can only see an inch.

IF it were any European country but Belgium,* it would just needs a little time. 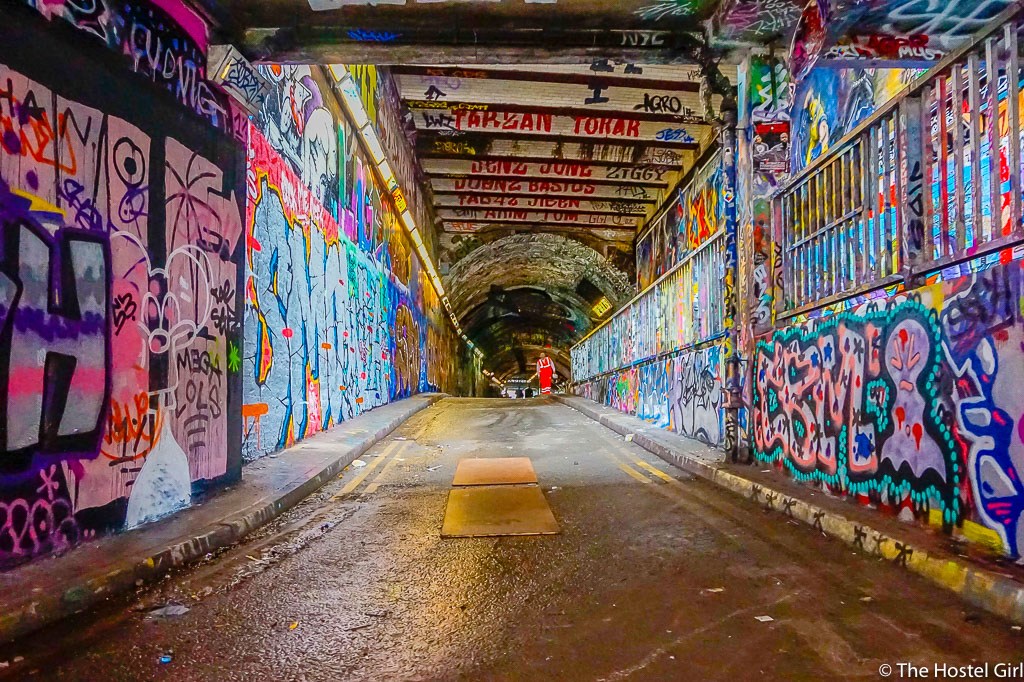 *I don’t actually know, I just get the sense that Belgians are sticklers for rules.

I assume the same. Human perception limits are going to depend on light reaching the eye - an angular limit rather than a distance or displacement limit, in this case, I would think.

and one more apropos to the o/p

On a scale of 1 to Silent Hill Stairway to Hell, how “staggeringly monotonous” is it? 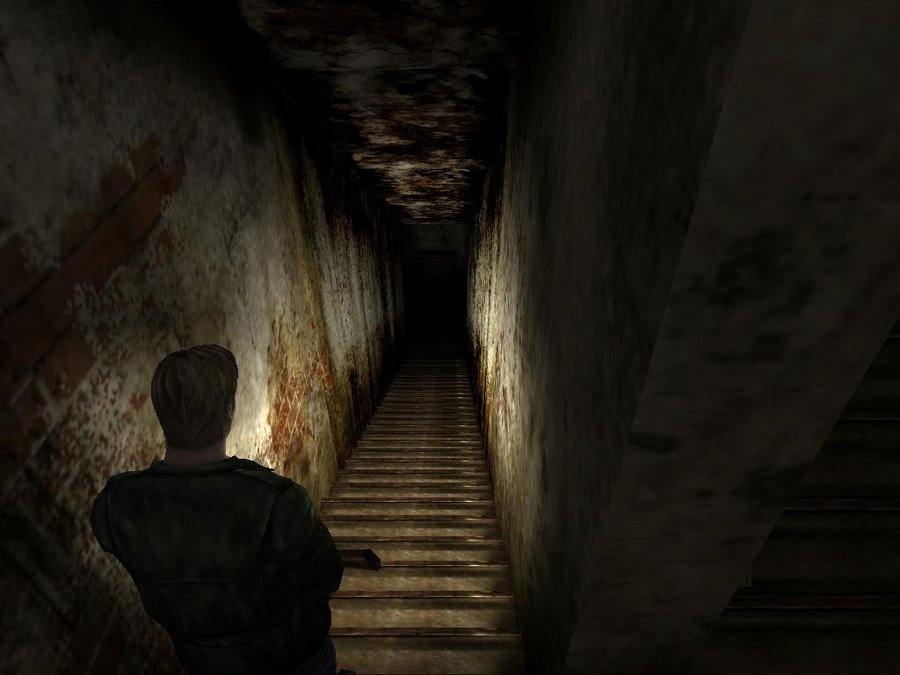 Actually, I have another question: What would the diameter of a dimly-lit circular tunnel like this, lined with books, need to be for its curvature to be imperceptible?

If the lighting followed the path of the person in the tunnel and sections of the tunnel being lit as you enter you should be able to get away with a fairly sharp curve. Each section that gets lit would just have to be the same with a little shortening and angling of the furniture to offset the curve. Sounds like a great/terrible haunted house trick.

Dammit beat me to it
Anyway… 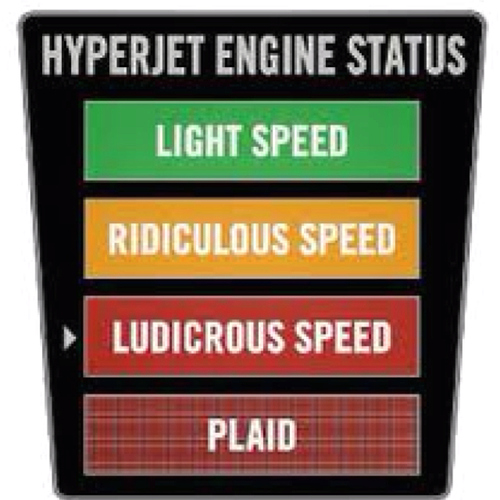 I want to write a short story about being trapped in an “infinite” library a la borges that is, in fact, nothing of the sort. Consider the movie Cube, but with a more subtle, perception-bound mechanism for fooling the inhabitants into thinking the place they are in is of unfathomable size.

The easy answer would be to cover an entire sphere with bookshelves, but that’s not something that could be built without heading into more obviously SF territory. So the compromise of a single boundary that appears infinitely long will have to do. 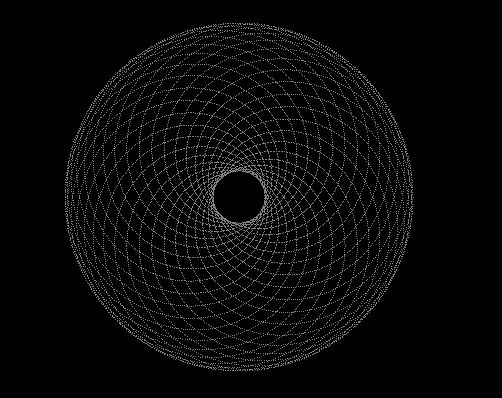 You can build it straight, like a particle accelerator. LIGO is a great case, it has to be laser straight to work, and I believe they are building bigger ones now. Someone mentioned water, which follows the Earth’s curvature because of gravity. If you curve it higher or lower you would feel as thought you were walking uphill or downhill the entire time… that would be a serious mind f*k.

Well, I just rode a bike through that tunnel on a tour of the Netherlands and Belgium last Summer. It was certainly long, straight, and a tad hypnotic for a few minutes. Monotonous? Not for me and my pack…thanks to a dysfunctional elevator at the end that forced all of us to finagle our loaded bikes up the narrow and crazily steep old escalator. If that conjures up an image of cyclists and bikes tumbling ass over noggin back down the thing on top of those behind, repeating until everyone was tangled up with their bikes at the bottom…slowly being dragged above to pile up miserably at the top…well, you’ve got the picture. We assessed the multiple cuts, abrasions, rips, and grease smears as we shambled out into the typical downpour of Belgian Summer.

We actually did have fun reliving the disaster over some excellent brews at a nearby cafe, though. Not the most accomplished day of the tour. Monotony did not characterize the experience.

I want to listen to music in there, and get high, and order a pizza, not necessarily in that order either.

I think I can say, without a shred of sarcasm, that if I were there in person I’d be having panic attacks. It’s straight out of a nightmare!

It looks quite a bit like the older Greenwich and Woolwich tunnels under the Thames in London. The Greenwich one is shorter, but the last time I walked it I had a broken foot (got a cast and a chewing out by my doctor some time later) so it seemed plenty long.

Monotonous, maybe, but preferable by far to this: 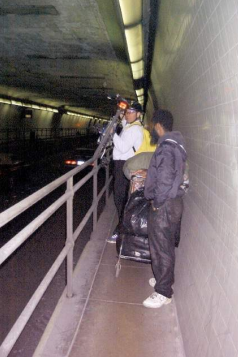 The Posey tube - the most direct bike/pedestrian route between Alameda and downtown Oakland, CA. A narrow raised sidewalk alongside high speed car traffic, you get to enjoy deafening noise and noxious fumes as you navigate a pathway barely wide enough to avoid catching your handlebars on the railing, and you’d better hope nobody is coming through the other way! (Note the bicyclist holding their bike over the railing in order to squeeze past.)

Great, another flat-tunneler. Why don’t you fly a homemade rocket down it and find out whether it’s curved? Please? I’d love to watch that.

This made me think that this should be an adventure/exploration game requiring staggering patience, looking for specific books, and when you finally win, you unlock the universal library’s “spines in” mode

Depends. Is it a horror story?

That tunnel is anything but boring. It’s effing miraculous!

It’s a tunnel under a friggin’ river that cars, trucks, SUVs and buses are not allowed to use, for crissake!
Find me another tunnel under a damn river that you can walk through and have a pleasant conversation with friends.
Actually, there’s probably a bunch related to airports. But damn few under rivers (for crissake).