Timely article about how awful it is online

Actually, I think that today’s Internet is a lot worse than Clifford imagined 12 years ago. Clifford only thought that the Internet would collapse under the weight of human agressivity and stupidity. He forgot that universal motive, the one behind Facebook, Twitter and all commercial sites: greed.

Absolutely. I was coming here to say essentially the same thing.

It definitely seems like the web has evolved. It’s mostly people posting images back and forth, now. There is very little substance. Like with everything else, we’ve taken something great, extracted all the value, and left a fragile shell in its place.

I have been looking for sites like people used to make back in the 90s, full of content with no comments section. They’re still out there, but Google doesn’t prefer them.

Stoll figured out the truth of the internet in the 1990s before most people had even used it. He wrote the ur-text of dispelling utopian ideas about the Net, Silicon Snake Oil, in 1995!

When radio was new there were lofty expectations that this new, free communications technology would bring about one unified and enlightened world.

Spoiler: It didn’t quite work out that way.

I have been looking for sites like people used to make back in the 90s, full of content with no comments section.

There’s a few plaintext versions of popular news sites. I don’t even miss the images much. 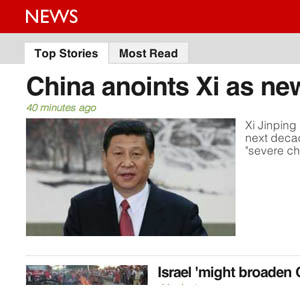 Read the news without using up all of your bandwidth. A wide variety of sites offer mobile or text-only versions that work on any computer, but they're occasionally buried and hard to find on the modern web.

Stoll was writing at a point that the Internet as it existed was transitioning from a text-only medium used mainly by highly educated people who were used to presenting a veneer of civil and rational discourse to one accessed by Web browser by a wider group, many of them uneducated or undereducated who don’t have to be polite to gain respect in the community. A coarsening of discourse is bound to occur with any medium that undergoes that transition. Not exactly a novel observation, then or now.

I won’t get into the imagination-challenged howlers he makes about things like e-books, e-commerce, and the Internet’s inability to connect people (tell that to LGBTQ youth, or Furries, or people with depression, or a lot of other stigmatised groups whose members found each-other there).

I liked Stoll’s early books like “The Cuckoo’s Nest”, but around the time he wrote this he seems to have made the decision to turn himself into a cranky young fart. I get that he was upset with arseholes abusing his beautiful systems, but blaming the latter for creating the former (instead of just enabling them) never made much sense to me.

conversations go on the web to die…

A lot of this stuff played out on the Gamefaqs boards in the late 90s / early 2000s. I say we send in CJayC to primary Zuck.

The internet is a dive bar full of obnoxious drunk loudmouths spoiling for a fight.

I think Time got it right. Turns out, we’re a bunch of assholes.

What I want to ask Stoll is how he is able to work sitting in a rocking chair.

This trend bore out on Usenet when AOL granted access to its users.

It actually has a name:

Eternal September or the September that never ended is Usenet slang for a period beginning in September 1993, the month that Internet service provider America Online began offering Usenet access to its many users, overwhelming the existing culture for online forums. The influx in Usenet users was also indirectly caused by the aggressive direct mailing campaign by AOL Chief Marketing Officer Jan Brandt in order to beat out CompuServe and Prodigy, which most notably involved distributing m Before t...

Furthermore, let’s not forget about this: The Volksempfänger (German: [ˈfɔlks.ɛmˌpfɛŋɐ], "people's receiver") was a range of radio receivers developed by engineer Otto Griessing at the request of Propaganda Minister Joseph Goebbels. The purpose of the Volksempfänger-program was to make radio reception technology affordable to the general public. Joseph Goebbels realized the great propaganda potential of this relatively new medium and thus considered widespread availability of receivers highly important.

I remember it well. It didn’t take long after that until we had Sanford Wallace (the spam king), “Serdar Argic” (a clunky bot written and maintained by a Turkish nationalist and genocide denier), and countless Nazi and racist arseholes and trolls invading every newsgroup, academic or alt.

It’s not that there weren’t bigots and fascists on Usenet before AOL, but it was still bowling, not The 'Nam, and the reaction from veteran users at the start of Eternal September was often: