I’m going to check my home office to see if I still have it. I culled a lot of books while packing my house up before going to grad school. I hope There and Back Again was spared!

Did Eisenstein live in Eisengard?

I think the reinterpretation of the original trilogy is better than the new story. He does a pretty good job of turning Aragorn into a sinister opportunist who does everything to capture the throne of Gondor.The whole story of Aragorn as the true king whose family has been living in hiding for generations does seem a bit far fetched when you think about it, but is just what an usurper would claim. Poor Boromir choose the wrong company for his journey back.

i’m not sure she was humbled or “brought low”

I don’t quite agree with that given that she was thrown in the Lockholes and starved half to death, but reasonable people can probably disagree about the arc.

I definitely don’t think Tolkien had outright contempt for the character and the elements you talk about are there in the story, but I do think that he understood women on about the same level as he understood dwarves and elves–they weren’t terribly real for him. To be clear, I don’t think that came from animus, just as a product of the times and his station in life.

I’m extremely happy I picked up the hardcover at my local used bookshop back when. Honestly, I chose it because at the time I was on a Pat Murphy kick and, while I recognized the reference in the title, I didn’t actually GET the reference / homage until I’d read book. And even then, I seem to recall I was well into the novel before the light bulb flashed… I second the " magical piece of transformative art with glorious extra spins" comment.

Perhaps there was some in-joke involving spoons?

The Estate is actually pretty good at working with fans — as long as whatever you’re doing is 100% nonprofit, doesn’t take any liberties with the source material, and you put disclaimers all over the place (which is what the Hunt for Gollum people had to do). Right before the Peter Jackson movies came out, I worked on an Estate-approved stage production of all three movies that genderswapped Merry, Gimli, and Gandalf, but they were cool with it because we didn’t change the text. And stayed nonprofit and put big disclaimers in the program about how we were making no money on this, etc.

well, she wasn’t the only one (poor Fatty, too!). but i agree – i don’t think that Tolkien had any contempt for her. i think, like you say, he was definitely prone to the attitudes of his time and station. it just doesn’t look good to us nowadays.

This has always made me so angry. I confused them all the time reading it as a kid. I actually thought Sauron was the one in the Shire at the end and didn’t realize I’d misread it until years later.

Don’t give your major characters similar names unless you’re going to make it obvious they’re not in any way connected. (Elizabeth Moon does a good job in her Deed of Paksenarrion books. Many characters have the same or similar names, just like in real life. But it’s always made clear who is who, by nicknames or some other method.)

Which part, the disclaimers and nonprofit, or the genderswapping? The latter (the director’s choice, not mine, I was just the artist/musician) was no big deal at all; a female Hobbit named Merry worked great, our Gimli was a terrifically stout woman with a big booming voice, and Gandalf was played as an elderly sorceress. She didn’t work as well, to be fair.

On the subject of LOTR fanfic, there’s an awesome novel called “The Last Ringbearer” (cant’ remember the author) but it’s the LOTR story from the perspective of the Orcs. Great stuff and a rippin’ read. As I understand the Tolkien estate prevented it[s publishing but you can find a PDF of the work on the net for free. Would highly recommend reading it 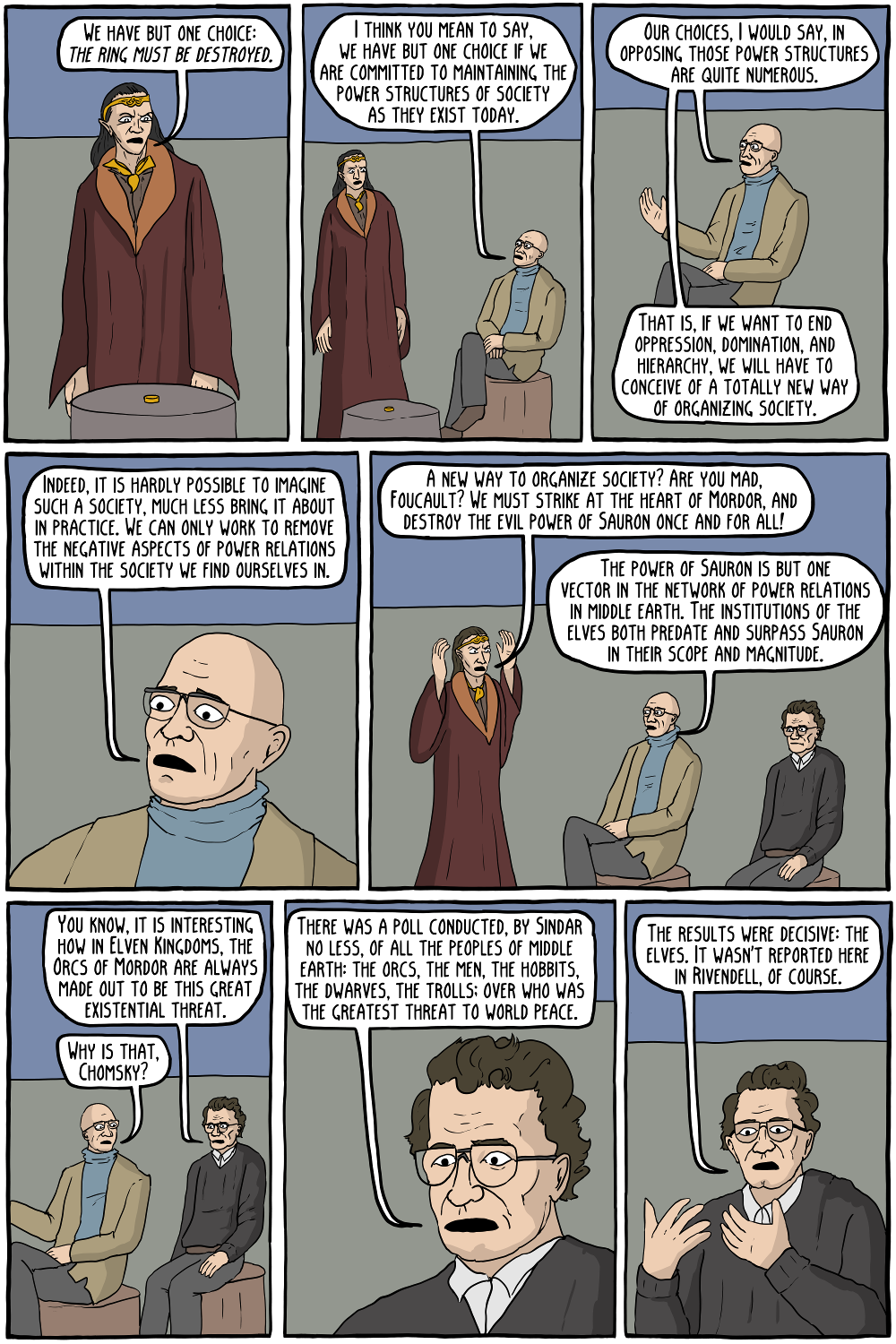 The Council of Elrond

Since there are several positive (and far more prominent) female characters

Galadriel: more or less a minor deity—not an actual woman. You know the moon? the light of Venus, dawn bringer, carried by Eärendil up in the sky? That was part of one of the creative projects of Feanor… someone who, according to Tolkien, was maybe on Galadriel’s level. Character development: realizes she shouldn’t be kicking it with the mortals, and heads off to live with the rest of the gods.

Eowyn: The only developed woman character. Has her struggle, its resolution, and then the what next for her, which is happily resolved by becoming Mrs. Him. At least she achieved some of her class aspirations (to paraphrase something Maguire once wrote: “Anybody who was anybody married into height several generations back.”).

Several positive female characters? Tolkien wouldn’t know how to write a female character of any depth if Edith Nesbit, Virginia Woolf, and Usula le Guin sat on his right shoulder and took turns ghost-writing and coaching him through it. His female characters are either shadows hiding behind the men who are the actual characters in his tales, or goddesses beyond mortal ken, who nonetheless serve to help fulfill male power fantasies.

Actually, that’s a bit catty, Erendis the Numenorean in Unfinished Tales is a half-way interesting character.

Why isn’t Shelob essentially a minor deity, too?

The Last Ringbearer’s author is Kirill Yeskov, and the English language translator is Yisroel Markov.

Sure. Maybe more of a Grendel-type monster. 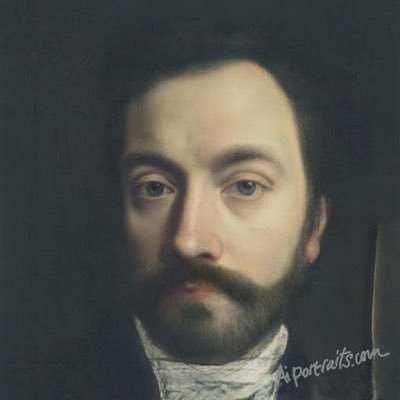 Did you know that JRR Tolkien voted to make sure that Dorothy Whitelock—one of the best medievalists of her generation—didn’t inherit his Oxford job and that the job went to a much-less-qualified man instead? (from Jana Schulman’s “An Anglo-Saxonist” p. 555) #medievaltwitter https://t.co/KssD0dMsmk 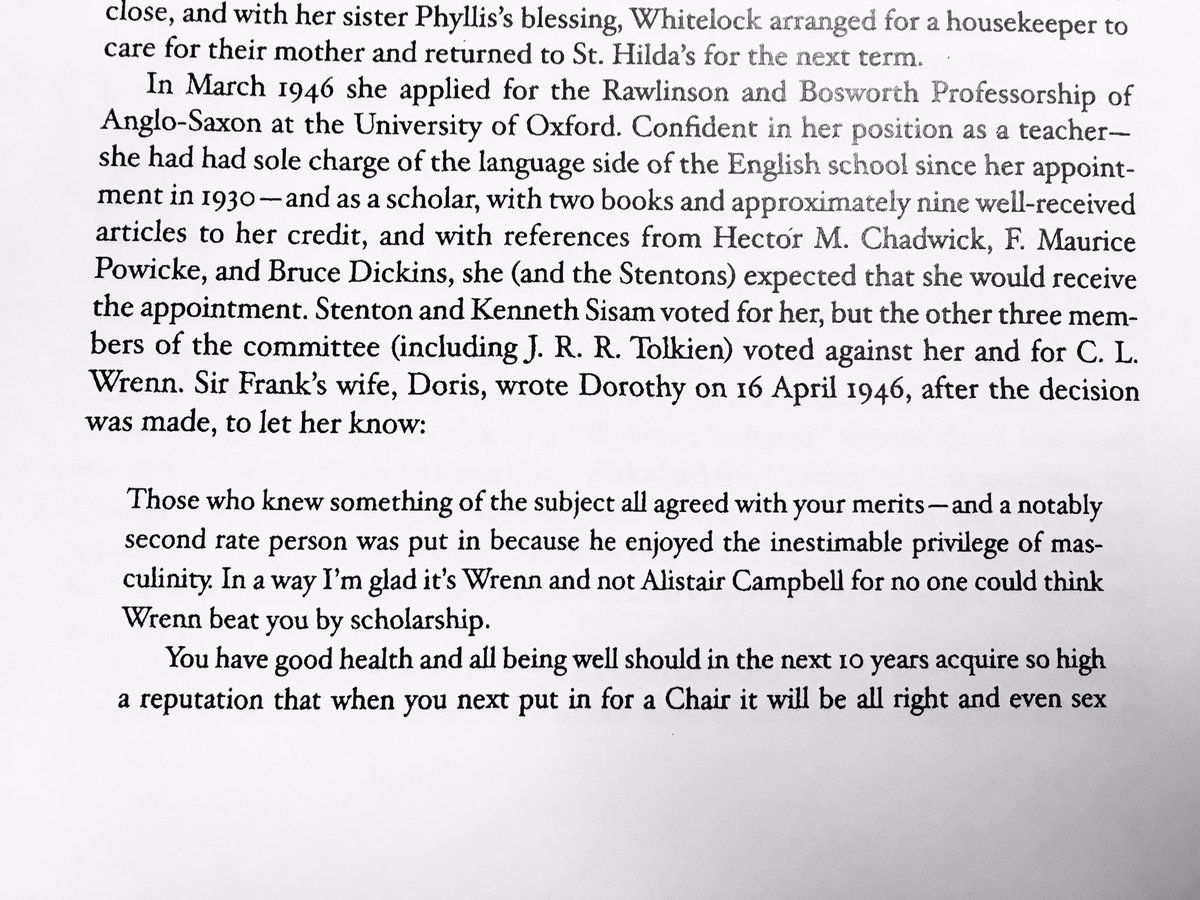 This is the same Tolkien who, as Kathy Lavezzo and Mary Rambaran-Olm have pointed out, told Stuart Hall--one of the greatest intellectuals of the 20th century--he shouldn't become a medievalist (seemingly because of his race).
7 Likes
← previous page next page →