There was a time when a bargain on tunic fabrics would have been just what I needed.

Just wait until BP adopts a religion that espouses anointing wildlife with oil. May the blessing of North Sea Brent be upon you!

If gays and strippers stop buying their glitter, they’re done for.

Funny. You’d think, given the strength of the convictions, Hobby Lobby would be just as intent on dictating what their customers do with their products.

One time I went in HL and the cashier was wearing a bondage collar locked to her neck.

I still can’t figure out a plausible backstory.

Did it have thorns on the inside?

Uh, her master didn’t unlock it before her shift started, perhaps?

Is there a cliff-notes version for non-USians?

This will bring you up to speed: 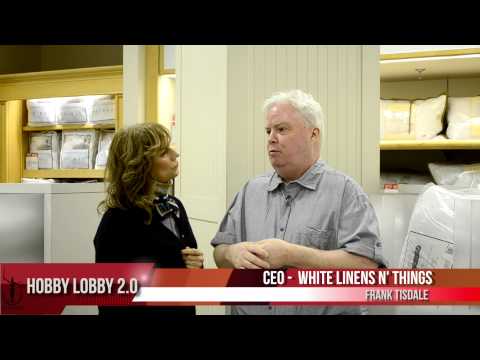 I find people telling others how to believe and condemning their beliefs repellent. That is why this post is particularly ironic. Fundamentalism rears its head in so many quarters these days.

Hmm. I assumed it was about that (all hail wikipedia), but I still don’t get this cartoon. The link between the court decision and the change of religion must be too subtle for me

I’m just guessing here but I believe the comic is referring to the idea that a corporation or business can hold religious beliefs (which is basically what Hobby Lobby is positing in saying that its religious beliefs dictate that they cannot allow their employees to have (certain kinds of) contraception covered by the company insurance policy.) So, if a corporation (already deemed to be a “person” by our genius Supreme Court) can be said to hold religious beliefs, that “person” can also theoretically change those beliefs from those it was brought up with (like a child might break away from the beliefs of his or her parents.) Sorry to kill the joke with so much explanation but, truthfully, it was pretty obscure and I imagine doubly so for someone outside the US.

I hate when I have to do research to get a joke.

Either the “master” not unlocking it thing as previously noted, or she really wanted to get fired. Though, there’s a good chance that to have been moved up to HR/management of a Hobby Lobby, you have to be demonstrably X-tian enough that you wouldn’t recognize a bondage collar, and would just have a talk with said cashier about not wearing her “punk” (and thus ungodly) jewelry at work, wholly missing the semi-sexual implications of that particular piece of accoutrement.

Wilfull ignorance would be my vote.

If I understand this right, the owner of Hobby Lobby claims the right to dictate the “morality” of the company. The way I see it, the owner abdicated that right when the company was incorporated. By removing himself from liability for the company while still controlling how it “thinks,” he is trying to have it both ways.

That’s just the way I see it. The real world may see it differently, and the American legal system, which lives in yet another world only tenuously attached to reality, will have its own point of view.

That’s actually a really good point and I haven’t seen it mentioned before. Limited liability is supposed to come with a compensating “price” to pay. As you say, they’re trying to get all the advantages of incorporation with none of the disadvantages.

Do you know the sensors that go off when you try to steal stuff? Hobby Lobby is going to install a modified high-tech version of these sensors that will detect whenever an atheist or gay person attempts to enter their stores. If they do, they will get sprayed with permanent ink.