I am going to print this out and paste into one of my kids’ Richard Scarry books.

I like Scarry’s books as a kid, but I was always put off by the titles. They sounded boastful:

NO REALLY THE MOST TITANIC BOOK EVER SEEN

He’s not a boa constricter, he’s a worm, in the books his car is an apple.

I’m always a little uncomfortable with image of the 1% in their mansion. As someone who has a household income of over $48K, I am in the global 1%, yet somehow I don’t feel incredibly rich.

Is 99% of the world right to despise everyone in households earning over $48K as rich fat cats (which relatively speaking, we absolutely are) that deserve to be taken down? Certainly I live in a mansion by world standards (which North Americans would call a small house).

And if I shouldn’t be denounced as a greedy SOB who should be taxed at 99%, then when I take pot-shots at those who earn more than I do, am I really saying “what I earn is okay, but earning more than I do is greedy”?

Yes, his name is even Lowly Worm. Although you have to wonder about his parents (parent? Is his species parthenogenetic?) – I mean, being a worm has to be tough enough in a world populated by anthropomorphic mammals – having a first name like “Lowly” just rubs it in.

In his mother tongue, it actually means “bravest warrior”…

I mean, being a worm has to be tough enough in a world populated by anthropomorphic mammals – having a first name like “Lowly” just rubs it in.

I see it more as one of those Puritan naming conventions and his full name is actually
Lowly-Sinners-Repent-Lest-Ye-Be-Damned Worm.

Yes! All those nonsense human interest stats and leadership-based tweets do a great job killing the vibe before you even start your workday. Someone at Captivate must have thought they were creating conversation starters. Traffic, weather, and international headlines might actually be appreciated by a lot of people, but I cringe knowing the people at businesses like Captivate wouldn’t be able to sell their product without the unnecessary hipness they have to tell everyone there is a need for.

According to Kiplinger, you are not in the 1%.

“The latest numbers from the IRS—based on just released data from 2011 tax returns—show what it takes to be among the top 1% of income earners: adjusted gross income of $388,905 or more.”

While your income might put you in the 1% by third world country standards, I don’t think that description would hold by the standards of most first world / developed countries. I’m in the same boat, so I’m not singling you out picking on you, just saying that neither of us are in the 1%.

Where Do You Rank as a Taxpayer?

With the latest IRS data, our tool lets you compare your income and how much taxes you pay to your fellow taxpayers.

In terms of Gini indices, the world as a whole (.697 using PPP) is lot more unequal than the United States (about 0.4)

Global income equality: the past two centuries and implications for 21st century

Maybe it’s another way of encouraging you to take the stairs.

At 31 flights, i’m gonna need all my righteous indignation to make it!

Get those shoes with 7 toes each out for the stairs and your shoes will thank you.

The entrepreneur has to make it past his ISP, Google, Amazon. etc 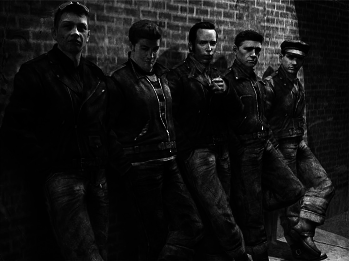 I think you missed my point. The $48K is the global 1%. Not the third world. The entire world.

Everything that I say about the American (or Canadian in my case) 1% could with just as much justification be said by the rest of the world about me. Simply as a citizen of the West, I have outsized political influence on events across the globe. I have massive consumption habits. For goodness sake, I own a car and a house. I by electronics for my idle amusement! Exactly how rich do I have to be before I’m satisfied? And no, throwing a few percent to charity isn’t going to buy me a place in heaven. My massive 1% earnings means that companies competing for my money can’t possible afford to pay salaries like mine. So, yes, I’m suppressing wages.

Why should over-consumption be limited by the border? I can give lots of economic reasons, but not a single moral one.

The difference between you as a global one-percenter and a Western one-percenter* is that you are not actively bleeding the other 99% of the world to enrich yourself beyond Croesus’ wildest dreams. You don’t have the power to do that. You don’t get to play Corporate Board Logrolling or make use of the SEC-Banking Industry revolving door. Your political influence might be outsized compared to that of a Bangladeshi peasant, but on the full scale it’s still practically nonexistent — try getting a sit-down meeting with a Senator or MP.

Measuring wealth inequity globally obscures the effects and meaning of inequality on smaller scales. Someone with 100x your wealth might be set for life and never have to work again, living solely off of investment income. Someone with 100x the wealth of your counterpart in a developing nation might own a larger herd of water buffalo and a nicer hut, but he’s still a working farmer, up to his knees in mud and shit.

* 1% is actually a little too inclusive. What most people mean when they colloquially say “the 1%” is more like an order of magnitude or two smaller than the group that includes doctors and developers and such.

I think we all can easily point fingers at “what’s wrong with this picture” (not this particular picture, silly, THE BIG PICTURE). I’d like to see the rest of the pages where he illustrates the occupy movement, taher square, anonymous, assange manning and Snowden, DIY culture, protests for living wages, how water sacristy in CA is exasperated by inappropriate agricultural practices, etc. I’d buy that book. I’d buy one for everyone on my Christmas list. And I’d buy them on buy nothing day 2015. (Please? Can I?)