I’m going to predict this will get about as much news coverage as the strike in India.

Marvelous. I anticipate ineffectual attempts at suppression.
And of course, I hope for some human fucking decency to happen.

The revolution will not be televised. 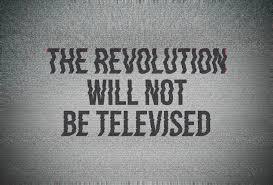 Thanks to those prisoners whose tireless efforts provided the free labor to my phone company via whose device I am reading about those same prisoners’ helpless abjection before our corporate Babylon.

This is what they teach in prison? Shame! All the American soldiers who die fighting for our Freedom because they don’t have the helmets that prison labor would’ve produced tomorrow are on their consciences!

Considering what they feed prisoners in America, all the prisons have to do is make the meals so small that the choice is between starvation or work for miserable pay. But not right now. Oh, no. First they wait three months so that only the most counter-culturally dedicated (not to mention affluent enough to have the free time) are still digging up the news[1] and then do it quietly under the guise of austerity or something.

Whatever else, this will not be allowed to continue. America is addicted to undervalued labor and it will not, under any circumstances, kick the habit.

in violation of international protocols against torture

No no no it’s only torture when others are doing it! In the USA it’s called “freedomizing”.

I hope for some human fucking decency to happen.

This is the US prison system. Decency was gotten rid of long ago.

Companies like Boeing, Starbucks and Victoria’s Secret, which rely on coerced labor from prisoners

Needed some background on this. Prison labor in the United States is referred to as insourcing. Under the Work Opportunity Tax Credit (WOTC), employers receive a tax credit of $2,400 for

I do know that frequently credit card companies use prisons as call centers to process nonsensitive credit card requests (for some values of ‘nonsensitive’; YMMV).

OH! I know this one! We’re backing a Saudi ground war against the Huthis who kicked out the utterly contempible and corrupt Saleh government a few years back. We also regularly drone bomb the hell out of the country side…

Of course, one of my MA advisers was a Ottoman/Islamic world historian, who wrote a book on Yemen and spent a lot of time there on the ground, so I’m probably unusual in paying attention.

Related, there is a new book out about Attica: 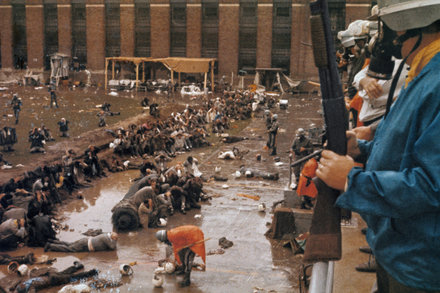 Attica, Attica: The Story of the Legendary Prison Uprising

Heather Ann Thompson’s “Blood in the Water” is about the Attica prison uprising of 1971, its aftermath, and the continuing quest for justice.

In the USA it’s called “freedomizing”.

Not when it’s done in the name of Capitalism!

Partly organized by anarchists from Atlanta. So proud! Hoping for the best.

Sorry, I have to do this:

I really shouldn’t have phrased it like that. Evidently some people will know it (the personally involved, the highly competent (e.g. you), and so on). What I ought to have said is “What do the news report on Yemen.”