I think that would make me say fuck it just burn down the building to clean it up.

Serious question how toxic would that dust be?

From the looks of it my guess is that someone dropped a full toner cartridge maybe? I Googled if the cartridges can explode and saw a Reddit post from a tech saying that they can explode but it’s very rare and difficult, and if it does it would fill up the inside of the copier with toner.

Also toner powder is really nasty stuff and is a carcinogen. I would not want to be anywhere near that room.

Serious question how toxic would that dust be?

Looks like something’s got a case of the Mondays.

That is a Trump brand copier and is performing to spec, it’s beautiful, the blacks are so rich and have nothing but nice things to say about calling the widow of Pvt La Whatsisname. mb this one was used to photocopy evidence of collusion? Comrade Gowdy to floor 13, clean up on floor 13. Dasvidanya!

You’d need a HEPA vacuum cleaner and a whole lotta patience. Looks like someone dropped the cartridge on that one weak corner and kablooie.

A study at the University of Rostock has found that the microscopic particles in toner are carcinogenic, similar to asbestos. Several technicians who had been working with printers and copiers on a daily basis were observed for several years. They showed increased lung problems.[8] This confirms previous research published in 2006.[9] Toner is a powder mixture used in laser printers and photocopiers to form the printed text and images on the paper, in general through a toner cartridge. Mostly granulated plastic, early mixtures only added carbon powder and iron oxide, however mixtures have since been developed containing polypropylene, fumed silica, and various minerals for triboelectrification. Toner using plant-derived plastic also exists as an alternative to petroleum plastic. Toner particles are melted by the heat of In ea...

I just got done looking it up. The toner itself other than fine particulates which suck and are bad for other reasons. The added stuff for fixatives and etc not so much so it would very much be a hazmat clean up.

Ugh. Sounds like it’s time to move my printer. Probably shouldn’t be sitting right next to it…

Is the room well ventilated? Are you printing reams of paper daily?
You are probably in no more danger than breathing bog standard city air for normal use.

so it would very much be a hazmat clean up.

I mean, use a HEPA filter bag on the vacuum, for sure. And mop the heck out of the place too. No need for suits and disposal drums. EDIT: Turns out your best tools are paper towels and ‘swiffer’ dry cloths - which makes sense because of the static electric charge these dry little particles can carry!

Thanks. Hmm. Not well ventilated. Sometimes I print out 100 pages or so at a go, but that’s rare. No biggie I guess, so I’ll just relax, take some deep breaths. (ha)

If it’s an office setting the job would land on the custodial staff, which would be a nightmare to deal with but that’s what they get paid for. And they likely have respirators or can get one specifically for this to be on the safe side.

A good mask and goggles would be good too. I have swept up dusty truck trailers and I was sneezing out black goo just from the dust. They were carrying beer so not toxic but tiny paper and glass bits suck.

If you have 150 bucks burning a hole in your pocket: 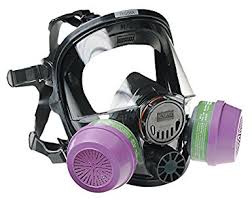 I was expecting a dust fire explosion.

If the printer ink is powder based, there is some health risks from sitting too close on a day to day basis. For a large office printer (like a xerox copier) the recomendation is to sit at least six feet away. So, lazer toner would be similar, but ink jet is a different beast. From what I understand, it’s not the toxicity so much as the fineness of the plasticated particles settling in your lungs.

My first thought looking at that picture is that someone tried to change the toner waste cartridge who didn’t know what they were doing. If the printer is black only, the waste would look like that.

From what I understand, it’s not the toxicity so much as the fineness of the plasticated particles settling in your lungs.

The only thing I took from my organization’s Health & Safety training was “Don’t eat photocopier toner!”

Powder based toner in unsealed cartridges? That is some archaic office equipment, right there…