Too much napping can lead to early death 

Originally published at: Too much napping can lead to early death  | Boing Boing

As someone who loves to nap, and who literally just got up from a nap, I gotta give this news a big fat sadface.

My thoughts exactly. I suspect the latter, but I’m no physician.

Correlation famously does not equal causation. The NY Post headline is misleading (a sentence I’m sure no one has ever said before).

The more rational conclusion to jump to is that frequent napping is a sign of some cardiovascular deficit.

I don’t think that cardio problems have to be the only possible explanation.

The more rational conclusion to jump to is that frequent napping is a sign of some cardiovascular deficit.

I know this is purely anecdotal, but my mom had high blood pressure and while she didn’t nap she would often nod off during her boring hospital meetings. She’d also nod off after large formal dinners at home, when there’d be 10 or more of us talking, laughing, shouting, etc.

When she finally got a pace maker in her early 70s, this seemed to make all the difference.

Yeah seeing the articles about this the other day pissed me off and I’m disappointed BB went with the same kind of misleading headline. I read a different article, that made it clear that long daytime naps were a possible symptom of sleeping disorders, and that those disorders, tend to be caused by things that lead to early death or the disorder itself and lack of sleep will eventually cause other problems that lead to early death. But of course with the state of journalism in our country, this is what all the headlines read.

Exactly the right question. I hate preliminary correlational studies on small data sets like this. They always get widely reported, but mean very little beyond “there might be more worth looking into here”.

Saying “napping causes early death” is a HUGE leap absolutely not supported by the data. It makes good headlines though, so everyone fucking reports every garbage small-n correlational study like this.

If it is true, well, I’ll die well rested and comfortable.

My meds won’t let me nap. even if I had a horrible night with 4 or 5 hrs of sleep, I can’t fall asleep asleep - best I can do is sleep limbo and rest for an hour or so. Unless I don’t take my meds in the morning, but then I probably hurt too much to fall asleep. So yeah - no naps.

Sleep is training for death. This is the philosophy behind my new never-sleep movement. We’ll team up with flat earthers and homeopaths and airetarians.

Piling on the “correlation isn’t causation” peanut gallery, let’s contemplate upon the overtly disclosed correlations given in this quote:

The study also highlights a correlation between regular napping and smoking cigarettes, daily alcohol consumption, snoring, insomnia and people who claim to be night owls.

So let’s just posit that the cause is nearer among “smoking cigarettes” or “daily alcohol consumption” or “insomnia” and the effect is “too much napping” (by the bye, how is “too much” judged?) Does that maybe reduce the eye-ball grab of the title a bit?

Here’s a drive-by germane book recommendation for any with a scientific inclination: Causality: Models, Reasoning and Inference

I’m with the daytime napping as a sign of health problems that lead to early death rather than those who nap die earlier. When my health started to go downhill, taking a nap break was the only way I could make it through the day. As my health stabilized, napping became a habit that I still needed to do but disrupted my night time sleep → leading to more health problems ->more need to nap-> cycle repeat.

I finally broke the cycle by replacing napping with meditation, but it took a 6 week Mindfulness course, CBT-i, changing medications and several months of practicing meditation every day to happen. It wasn’t easy, I can’t say my energy levels are great, and a heck of a lot more work than just lying down in the middle of the day hoping I will recover enough energy to get through the rest of it.

So my take from this is that health problems + bad sleep habits leads to early death which is a big DUH! from me.

I’m with the daytime napping as a sign of health problems that lead to early death rather than those who nap die earlier.

Yeah, this is totally the thing. As someone who was recently diagnosed with sleep apnea, the main diagnostics that they’ve been looking at in treatment are: my daytime sleepiness, and my blood pressure. Poor sleep quality (especially the sort associated with apnea) puts massive stress on the cardiovascular system.

found that daily nappers were 25% more like to get strokes and 12% more likely to have high blood pressure than people who didn’t nap.

To add to the well-founded griping about this style of reporting, I hate when they include these seemingly alarming percentages, but don’t include any context like, “so, if you’re a healthy 60-year old, if you take frequent naps it may increase your ten-year risk of stroke from 4% to 5%,” or whatever the facts are. Sounds way less scary than a 25% increase.
I couldn’t quite figure out how to parse these tables, but I think the numbers are kind of close. 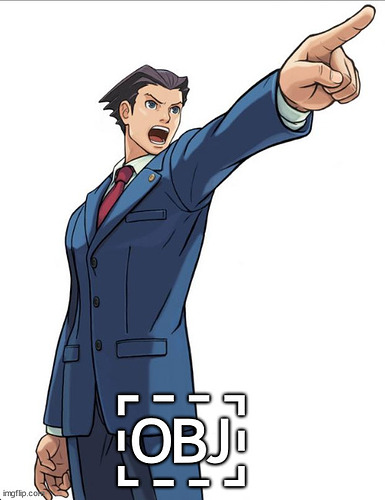 What if you take a lot of naps, but have normal blood pressure?

Counterpoint: Spain
Pretty nap-heavy culture, with some of the highest life expectancy in the world.

Hmm. I’ll have to sleep on this.

Makes sense. As someone on remote work and young kids - I guess I’m in the fast lane to the graveyard.