This is true… the thing is, our government has ways to spy on individuals right now. But at the same time, none of the apps on our phones have explicit ties to our government (That I am aware of.)

Tik Tok, as I understand it, is made by a company that is under government control/oversight. They have in the past censored their own people with it.

Again, no one cares about most of the kids making videos, or adults who use it. But if they ID high profile targets, they could be used for espionage or black mail.

I dunno… it is OPSEC. Everyone be careful out there.

Yeah, but have they both been used to gather intel AND make fun of trump? You have a venn diagram going here…

My understanding of TikTok’s use -base is that it is primarily young and unlikely to be adjacent to those with classified information.

The real reason his is banning TikTok

Yep, her and others like her.
I hope she does one using the “everyone likes Fauci, but they don’t like me,” speech. I was picturing her saying it by the 2nd time I heard it on the news. (The first time, I just kept waiting to find out we were getting punked, but nope, it was real).

I have been checking her feed daily for that…

Of course. But that would mean that China would be trying to flip the kids - not impossible, but as you suggested people with security clearance shouldn’t use it and nor should their families. I don’t know what kind of restrictions government places on employees surrounding use of this app already.

I think the more likely plan is that TikTok is used as a way to spread pro-China messaging in the US. They have done this in much more obvious ways, too. In Canada a program called the Confucius Institute has operated in a number of high schools and university. The stated goal has been to promote Chinese language and cultural exchange. However, there were lots of reports about how discussion of topics such as Taiwan and Tiananmen Square were shut down in classes, and maps of China that included Taiwan were displayed.

Tik Tok has ties to the Chinese Government

As an American I’m way more comfortable letting the Chinese government have all of my data than anyone else. China’s not really able to act on me and aside from like, North Korea and Iran there aren’t many countries less likely to share information with the people who could hurt me. There are plenty of reasons to hate tik tok (specifically sensoring and banning lgbt folks,) but we all know that’s not the reason for the ban.

eta: @ClutchLinkey got the TikTok version to onebox, while the Twitter one is just a link. Hm.

When do we get the tik tok lip syncing of how he’s going to ban tik tok?

You’ve gotta watch just for the “are happening” head shake.

Thank dog he can finally go back to having beautifully attended MAGA rallies again, without those horrible TikTok kids spoiling all the fun.

I was worried that he might be missing opportunities to flesh out the evidence against him when he makes it to the International Court of World Justice in 2021.

Thank God for a President that uses his office for revenge.

No one in China or the US cares about you or I.

But what about people in actual power? I’d rather not have them susceptible to foreign influence, like our current president most likely is.

I don’t think spy work largely depends on flipping anyone. Like someone else pointed out, it could be used to track movement, routine, etc. It is known our phones can be used to listen in on us. A phone left on a table during a confidential call, etc.

But what about people in actual power? I’d rather not have them susceptible to foreign influence, like our current president most likely is.

Every electronic is made in China, it’d by way easier and more reliable to just embed something in firmware somewhere.

So we’re supposed to believe that the guy whose whole administration is comprised of people who couldn’t pass security checks and who actively encouraged hostile foreign governments to interfere in our election is concerned about the security implications of a Chinese-owned social media app all of a sudden?

and who reportedly still uses an off the shelf phone. 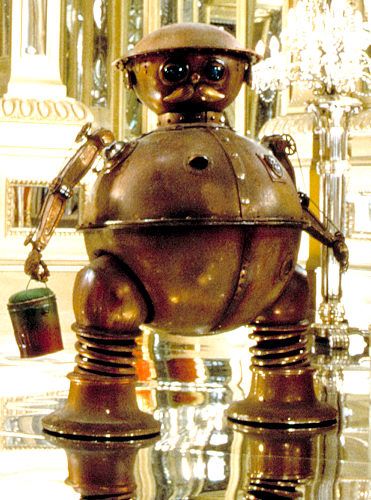 If we were actually worried about security concerns and misuse of harvested personal information, Facebook would have been nuked long ago, for example, along with any other number of apps.

What a shame. Papa John had just found a new lease on life.

Tik Tok, as I understand it, is made by a company that is under government control/oversight. They have in the past censored their own people with it.

Any business operating in China is technically under government control and oversight as a part of being able to operate in the country - even companies based in the US.

Well, just trying to get out the young vote I see. This should go well.