Turing's journal on the auction block

Of all places the auction house Christies has a very good article on Turing’s work and mentions its secret U.S. counterpart in Dayton, Ohio. Just happened to coincide with the film’s release, oh and they were auctioning an Enigma machine… 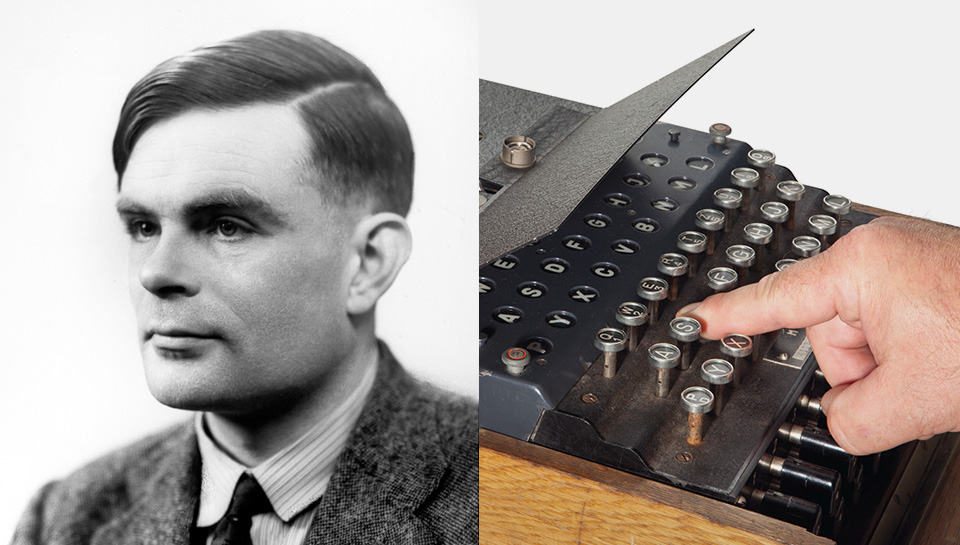 The man, the machine and the birthof computer of science | Christie's

To mark our online sale of wartime cipher machines, the biographer of British code-breaking genius Alan Turing talks about the man, his methods and the significance of the German M4 Enigma machine

Oh look, someone else thinks Leibniz notation is weird. It reminds me a little of what Feynman wrote about his dislike for the traditional forms of trigonometric functions.

I for one still don’t quite understand how one ends up with d²y/dx².

It was among the papers left by Turing in his will to his close friend and fellow mathematician, Lawrence Waterhouse.

…is how I read that sentence in my mind. Sorry, Mr Gandy, reality just isn’t quite as interesting.