Please try to remember, in the midst of yet-one-more heated discussion on this topic, GUNS don’t kill people. It’s six-year olds with guns that kill people.

Thank you for attending my TED talk.

Far, far too often in America it is people with guns who kill six-year-olds. Keeping guns out of the hands of children barely scratches the surface of the problem of gun deaths in this country.

Enjoy your stay at Boing Boing and don’t let the stock bump you in the ass on the way out.

“I’m sorry. Thoughts and prayers to your family, they died as a result of a technicality.”

Enjoy your stay at Boing Boing

Hopefully very. I’m really not down with people joking about children shooting or being shot. It’s fucking gross and not remotely funny.

Sure, Trump gets ONE THING right, and the money comes back to remind everyone who really runs America.

Whoosh… And that’s a swing and a miss!

Oh, my bad. I see a highlighted box to the right suggesting that readers may not pick up on obvious sarcasm.

To be perfectly clear, it is NOT just six-year olds with guns that create the problem. It is six year olds with any weapon of war… /s

Welcome. As a newcomer, you may want to deploy the /s tag until we get to know you better.

ETA - Ah, I see you already got the memo.

If Biff (as he likely will) takes this as an affront to his spotty legacy, there’s only one person he can (but will never) blame. 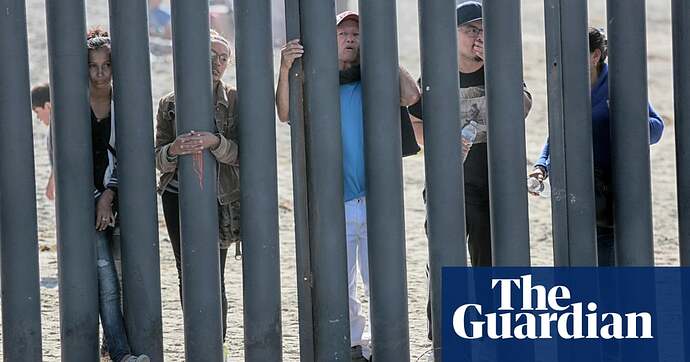 Somethings aren’t particular funny. Not the fault of the audience, frankly.

Exception was the Akin’s accelerator which used a spring to do the job, and was uncontroversially ruled to be a machine gun.

Bump stocks don’t do anything that a guy can’t do with just his body. It’s just a bit easier and more reliable, and actually allows some sort of aim.

… so, uh, what is it that’s being made “easier,” and why should we want that thing to be “easy”

I wonder if people had these same discussions around the earliest machine guns, or if they just applauded the ability to mow down colonial subjects with ease…

God this is depressing…

Fortunately for innocent targets one thing bump stocks make “easier” is overheating the gun and making it likely to jam. Because most of those guns aren’t designed to sustain such a high rate of fire.

That’s a tidbit I recall coming out in the aftermath of the Las Vegas mass shooting.

But yeah, what kind of amusement is so fucking important it’s worth making mass murder so easy and fast?

I’ll have you know that some of those natives were armed with pointy sticks. In the face of that what choice did we have to but to deploy machine guns?

the New Orleans-based 5th U.S. Circuit Court of Appeals said that despite “tremendous” public pressure to impose a ban, it was up to the U.S. Congress rather than the president to take action.

Is the 5th US Circuit Court at all familiar with Congress? Because Congress doesn’t really do “action.”

One of the first firearms to be described as a “machine gun” was designed with the option to fire square bullets (which were believed to inflict more severe injuries) at non-christian enemies- described in the patent as being to “convince the Turks of the benefits of Christian civilization”.

So yeah. They very much took the second option.

“Whatever happens, we have got
The Maxim gun, and they have not.”

Unfortunately, America’s gun laws and attitudes towards guns are such a clusterfuck that any satire of them can often come across as humor.