Good deal. Companies are finally starting to wake up to the realization that it’s not a good look to do be associated with the people who manufacture and market murder machines, not to mention the PR shitstorm waiting for whichever gun retailer is revealed to have armed the next mass shooter.

I am happy to say the Mountain Equipment Co-op here in Canada has done the same as REI.

REI? All right with me.

REI? All right with me.

This could turn out to be major .The fact that a noticeable biggy like REI (who doesn’t even sell guns) has stopped ordering anything from a gun seller, may inspire and greenlight similar actions and strategies. This pebble can make waves.

Assault rifle bans (while the original ban did work for its stated intent) are a top-down approach to solving a problem we should be solving from the bottom-up. That problem is also among the smallest problems within overall gun violence, but gets an incredibly disproportionate amount of news coverage.

I would categorize the overall debate on gun control as, “Democrats want bad solutions; Republicans don’t want any solutions”.

Some good reading on the topic is here:

Honest Thoughts From a Veteran about Gun Control and Mental Health

“Common sense gun laws,” a lost generation, and realistic solutions about what needs to change

tl;dr, you can get identical features on a hunting rifle, but nobody uses those for mass shootings because they don’t feed into their toxic male ego power trip by looking badass.

What I’d like to see, in addition to the regulations from that article is a fine from the FCC on printing the names of shooters. The FBI seems to agree with me that turning the shooters into folk anti-heroes is a factor. Let’s treat that like we currently treat profanity or nudity on TV.

“So wait, Regular, what can we do to address the lion’s share of gun violence, if the above isn’t useful?” I hear you saying. The lion’s share of gun violence boils down to two things: Suicide and Poverty (gangs/drug trade/whatever being the components of the second). Both are tough nuts to crack, but if anyone tried to solve those problems, we’d see less overall gun violence. Not that mainstream news sources care too much about most of that stuff–it barely makes local news.

So, the Tamir Rice problem? 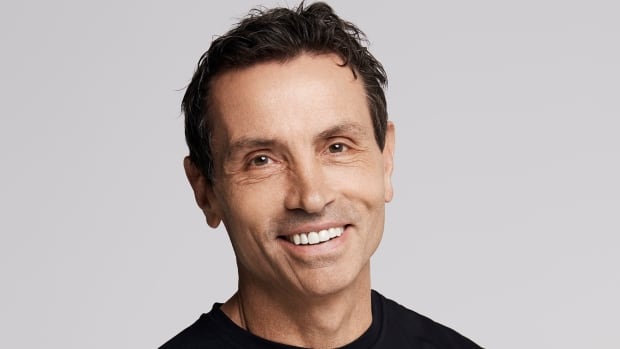 MEC chief executive on why his company is pulling brands linked to U.S. gunmaker...

MEC CEO David Labistour says the Vancouver-based company can be a "catalyst for a conversation around gun control."

In general (and I know others here can correct me if I’m wrong) I believe an “assault weapon” is a cheaply mass-produced carbine that sacrifices high accuracy, high penetrating power and rapid fire for ease of carry, ease of use, standardized ammo, and (hopefully) field reliability.

But since we arm soldiers with them, and we elevate soldiers to high mystique culturally, they have a mystical charm. Consequently there are plenty of vendors selling various widgets and bolt-ons that do nothing but make your cheap shotgun or tin can plinker into a “sexy” “black gun”.

Exactly! Tells you a lot about the driver, doesn’t change much about the car.

But since we arm soldiers with them, and we elevate soldiers to high mystique culturally, they have a mystical charm

We arm soldiers with them because they are particularly well suited for killing other human beings.

No. Military issue weapons are really accurate with practice and good instruction and the standard nato 5.56 round has decent penetration power. The AR15 in question has undergone years of refinement by third party manufacturers.

Build quality is also really good. If you are referring to the add ons to up the aesthetics sure, they don’t do much.

I looked at the brands that Vista Outdoor owns. Wow, they have a lot of stuff under their umbrella! And look how they categorize it, Outdoor Products and Shooting Sports. Problem I have is that there is a lot of Shooting Sports stuff listed under Outdoor products. Am I missing something here?

Good on REI. And I’m glad to know more about the camelbak and Giro brands. And bushnell and tasco. And more.

Also, AR-15 pattern rifles are not all that ‘cheap’, unless you are capable of tinkering with building one from parts. (and even then, I only saved a hundred or so…)

The only thing I don’t understand about this post is the same thing I’ve been confused by with every post on this topic—what’s the difference between an “assault rifle” and an “assault-style” rifle"?! I’ve hunted for an explanation but still cannot find one.

One possibility is that since the “AR” in AR-15 does not actually stand for assault rifle, you’re talking about weapons of a similar style to the AR-15. Shouldn’t then the category be broadly referred to as “AR-15 style weapons”?

Please, please, enlighten me, as this has been bothering me for days (as has the rest of this debacle).

But since we arm soldiers with them

We don’t. We arm them with actual assault rifles. Assault style is a meaningless term and highlights one of the big problems with gun control. We have already implemented an actual assault weapons ban based on the actual definition of assault rifle. The rifles we give soldiers are not available to the general public. This debate is about semi-automatic rifles with scary looking plastic bits attached to them.
@pls_dont
Assault rifles are rifles designed to fire more than one shot with each trigger pull AKA automatic rifles.
Today, the working definition of “assault style rifle” is any weapon that can shoot without having to manually chamber a round each time and does not use wood as the body of the weapon.
In reality, semi-automatic rifles (fires one round each time you pull the trigger) are the most common hunting and sport rifle being used today. However, since you can put wood or scary looking plastic on them we decided that scary looking plastic attachments transform the a rifle from a hunting tool to an “assault style rifle”

The rifles we give soldiers are not available to the general public.

The only functional difference between a military rifle and an AR-15 is that the civilian version doesn’t have selective fire option. In practice this doesn’t make much of a difference since soldiers rarely switch to full-auto mode even in combat situations.