Most GFE (govt. furnished equipment) phones are locked down, and you can’t install anything. Individual apps are approved and installed via central device management.

Congresscritters and their aides are special. You know damn well they would complain non-stop if they couldn’t do whatever they wanted on their official phone, and they all have at least some presence on social media so they do need those apps. Social media apps collect a lot of data, but TikTok is probably the worst. If you don’t create any content you can mitigate some of it by not giving it access to your camera, mic, location services, contacts, etc… but it’s still pretty bad.

I disagree with the statement that it’s grandstanding to ban just TikTok. The issue isn’t so much what they collect as what they are doing with it. TikTok has been especially naughty when it comes to spying on their users. Leaked emails show ByteDance was tracking US journalists who were writing stories about US TikTok users being trackable by ByteDance in China. That was something ByteDance claimed they did not and could not do… unless you are a journalist investigating them, apparently.

So yeah, if ByteDance (and by extension the CCP) can spy on journalists who use TikTok, they could spy on politicians.

Also, just in general, I am not sure that most people understand that any app you’re using can read whatever is in your clipboard, which is, you know, bad for security reasons if you deal with anything sensitive ever

Not just precise location but opting in to cross-app tracking, etc…

I can tell you exactly what will happen if he does that: Apple will remove the app from their App Store. Making location and tracking mandatory explicitly breaks App Store rules. iPhone users, at least, will have to use Safari and Twitter can’t control if you decide to share your location or allow tracking there.

I suppose Twitter could block web access if they wanted to, but they would probably lose too many users.

Also, just in general, I am not sure that most people understand that any app you’re using can read whatever is in your clipboard, which is, you know, bad for security reasons if you deal with anything sensitive ever

Not anymore! That was mitigated a long time ago. You have to paste for an app to see your clipboard, and iOS at least will prompt for permission if an app is trying to request a paste.

I assume that they can check to see whether or not location tracking etc has been enabled in the browser and not display based on that. Of course that’s some pretty hard programming and maybe they don’t have anyone left there that would know how to do that

That was mitigated a long time ago

Ah! That is what I get for not paying attention! I knew iOS had started doing something. I will have to look into what is up with other OSs - I am pretty sure that on windows I can still pull a clipboard whenever I want. I have not written anything that would do that recently, but nothing old I have written that does that has broken…

They’ve apparently been discontinued, so this is no longer an option; but given the value of congressional communications it would probably be best if some deeply humorless IT security apparatus told them that not only are apps banned; but the below or an equivalent is their new smartphone. 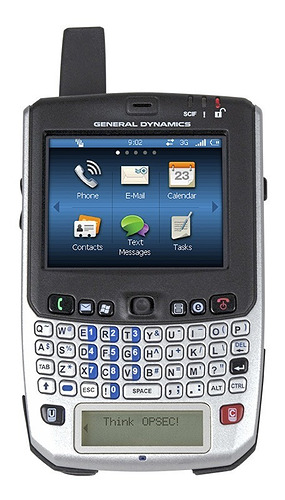 They can try, but Apple devices will straight-up lie about location if the user hasn’t given an app or site permission. In particular, you can choose to not share your location, share your precise location, or share a less precise location that puts you in the general area. And then there’s iCloud Private Relay, which hides your IP behind one that only geolocates to a CloudFlare IP somewhere in the same state or country.

What are the kids going to even do with Tik Tok now that they can’t follow their Congressional representative on it?

“… they will be asked to remove the software…”

Right. As if even the rules regarding no guns in the House chamber are being followed.

One of the signatories on the January 1 letter, freshman Representative Marjorie Taylor Greene of Georgia, made headlines for lashing out at Capitol Police who insisted that lawmakers go through metal detectors that were erected at the entrance to the House and Senate chambers following the insurrection on January 6. At least a dozen other lawmakers also refused, pushing their way past Capitol Police. The episode prompted Pelosi to announce a $5,000 fine for members who refused, and $10,000 for each subsequent offense.

Makes me think of John Oliver’s data broker episode. I couldn’t figure out how to queue it up in the link, but the best bit is 21 minutes in.