UK Tories call for a nation of slaves

“A nation of slaves” surely?

I think he’s right, but he makes the case badly. The real beef is in the final paragraph - the part about how workfare drives wages down. (Also globalization and prison industry and neoliberalism in general.)

The business about “crimestop” is a diversion - precisely because of crimestop. Depending on his audience, a majority will probably read that section, shake their heads in confusion… and never get to the important part at the end.

That’s too bad, because right now we need every idea we can find for driving wages up.

Stop thinking and get back to work.

I’ve long soapboxed about the bizarreness of the American work week being gradually, and with extreme effort, shortened by the Progressive movement from 60 hours to 50 and then to 40… and then frozen there, as if that were some ideal, unaffected by continued advances in technology.

Young people on unemployment benefits can sign up to the “Green Army” and earn half the minimum wage, in a job that isn’t actually considered a job (except for the purpose of unemployment statistics) but instead a volunteering opportunity in which they have no work rights.

As Adam Bandt said “Only Tony Abbott could create a ‘workforce’ where the workers aren’t legally workers and have no workplace rights. If a green army supervisor and a worker under their command get injured while wielding a pick or building a lookout, the supervisor will have the same safety and compensation protections as ordinary employees but the worker won’t.” 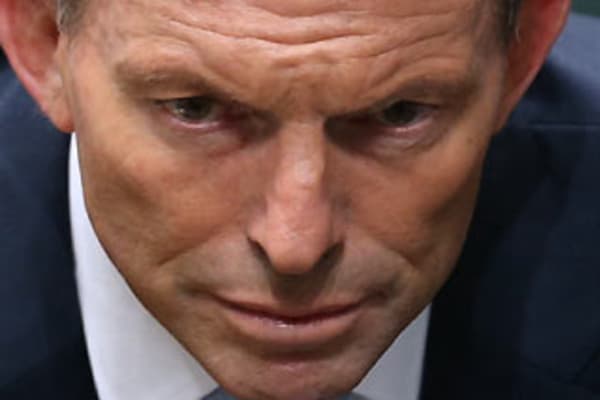 Tony Abbott's green army will be paid half the minimum wage

A ''green army'' of 15,000 young people will be paid as little as half the minimum wage, as fresh details emerge of the federal government's plan to create Australia's largest environmental workforce.

The “Apprentice” scheme in the UK qualifies similarly, with a minimum wage of £2.68 an hour for those lucky 19 year olds.

In the US we outsource our exploitation of children to corporations, who offer unpaid internships to kids on the promise that maybe they’ll maybe consider them when a real paying job opens up.

This is from the end of “1984” where O’Brien is torturing Winston and brainwashing him, which gives him an opportunity to explain how things really work.

The primary aim of modern warfare… is to use up the products of the machine without raising the general standard of living. Ever since the end of the nineteenth century, the problem of what to do with the surplus of consumption goods…when the machine first made its appearance it was clear to all thinking people that the need for human drudgery, and therefore to a great extent for human inequality, had disappeared. If the machine were used deliberately for that end, hunger, overwork, dirt, illiteracy, and disease could be eliminated within a few generations… …But it was also clear that an all-round increase in wealth threatened the destruction–indeed, in some sense was the destruction–of a hierarchical society…wealth would confer no distinction… the great mass of human beings who are normally stupefied by poverty would become literate and would learn to think for themselves; and when once they had done this, they would sooner or later realize that the privileged minority had no function, and they would sweep it away. In the long run, a hierarchical society was only possible on a basis of poverty and ignorance.

That the Tories in the UK (and National here in NZ and both US political parties) espouse similar ideas is of no surprise: their rich friends who keep them in power own the means to reap the rewards of high productivity and low pay. But while I’m fortunate enough to have a skilled job that is good both for me and the society I live in, I can easily foresee how increased automation could reduce the number of people needed to do my job —thus depriving some of the future generation of potential income and diverting it to those who own the means of automation.

What we really need is an end to social welfare provision as grudging charity and a Guaranteed Minimum Income as a right for all.

“There’s a pervasive cultural assumption that people who don’t work are
shirkers or failures, rather than victims of technological change, and
this is an enabler for populist politicians who campaign for support
from the frightened (because embattled) working majority by punishing
the unlucky, rather than admitting that the core assumption—that we must
starve if we can’t find work—is simply invalid.”

Touché, Charlie Stross! Chapeau. And for this very reason, Western societies have been heading towards slavery for years now.

If the machine were used deliberately for that end, hunger, overwork, dirt, illiteracy, and disease could be eliminated within a few generations

Yea, that last bit there “a few generations” is the rub. Seems like nobody is willing to wait even half a generation these days, and that’s how long big investments will take to even to pay off.

On the other hand when we stop making big investments we often get ten or twenty years before it starts to affect the larger society, and ten to twenty years worth of the people who made the cut are actually dead and never see the downside at all. Even worse its pretty easy to make sure that those currently in charge (whether the rich, or just home owners, or whatever) get a positive benefit for those ten to twenty years so the breakeven point gets even further out.

Bit misleading in the blurb, he’s not demanding 100% employment. It’s Osbourne’s fault for the confusion when he said “full employment” but he’s using a new definition of his own and it’s most certainly not 100%, which will mean it will be easier for him to achieve “victory”. His goal is actually highest employment rate in the G7. That’s a far cry from claiming 100%.

My understanding is that it hasn’t frozen at 40 hours - it’s gone up in the last few decades, especially the most recent decade. The number is reduced in averages for the country because there are so many people unable to find full-time jobs, but full-time workers have seen their work-week increase beyond 40 hours (and that’s mostly unpaid overtime by salaried employees).

Don’t forget the children employed by (corporate) farms. Thanks to agricultural exemptions in child labor laws, children as young as six are harvesting produce in the US for far below minimum wage. Apparently about a quarter of agricultural production is picked by children here, a work force of about half-a-million children.

A big part of this is how globalization has kicked the legs out from under the average worker and even the organized worker.

“There are some 12 year olds in southeast Asia that would be happy to have your job and work 16 hour days for $0.50 an hour, and you’re asking me for a raise and fire escapes?!? Maybe I’ll just move my factory over there and export the goods back to America. Don’t let the door hit you on the way out, I don’t want butt prints on my door.”

If you aren’t willing to put in those extra 4 hours of unpaid overtime every day, maybe you don’t want your job.

Luckily, the worst abuses of this are easing off a bit as the labor market improves, but it’s not going to go away.

All this demonstrates is the penny wise, pound foolish mentality of business folk, whose main talent is bullshit and being born lucky. If you keep driving the cost of labour down, sooner or later, you’ll run out of people to buy your goods. More to the point, over-worked, underpaid third world workers are wasteful and inefficient, but when you’re shaving pennies off the margins so you can earn $500.36 a minute instead of $500.24, that sort of nuance is probably lost on you and your raging sociopathy.

That’s a great article. Any politician who’s talking about increasing employment is missing the point. No one wants a job. People want the things they buy with their paycheck. And it just doesn’t take the entire nation working 40 (or even 20) hours a week to make all those things.

Politicians should stop focussing on making jobs, and work on making happiness - the happiness that comes from feeling that your home, meals and health are secure.