Yeah- it’s all about the big corporates. That’s why the Remain campaign was financed by the largest corporates and merchant banks.

They were going to take their cut either way.

Loving that George Osborne is talking about fiscal credibility after his government has crashed the economy, sent the Pound tumbling and caused sufficient problems in the City that investment funds are stopping people taking their money out.

Only a year ago the Tories got back into power on the basis that they could be trusted to run a stable economy. In fact, the current lot have done worse than Nigel Lawson and his unsustainable credit boom of the late 1980s which sent the economy into a tailspin.

How the Tories keep being able to claim they are a fiscally responsible party of government is a complete mystery. [Looks at current Labour Party] Ah yes, that explains some of it.

And sometimes with good results, right?

Osborne’s probably worried that having Ireland next door as a firm member of the EU and an English-speaking nation would tempt companies to hotfoot it over to Dublin and Cork. Hence the tax cut to very nearly Irish levels.

What he should be really worried about is if Scotland does leave the UK, then there would be another English-speaking country whose capital has a long history of financial institutions just waiting to steal business from the City.

And if the Brexit headbangers get their way and don’t concede free movement of people, there will be no automatic access to the Internal Market or passporting of UK financial companies into the Union, so every company would have to get the permission from 27 member states before they can offer their services in Member States. The idiots who got us into this mess really don’t realise the chaos and destruction they’ve unleashed.

For the mosquitoes and sex toy shops, for sure, there have been good outcomes.

Th rich get richer, everyone gets poorer & old skills will be relearned.

I’m not entirely sure why we’re bothering to do this, since our tax regime already seems happy to accommodate corporate tax rates of practically nothing for certain very large multinationals.
It might possibly help some companies, but without matching employment legislation to ensure that the benefits don’t just immediately pass to the shareholders, it will mean diddly squat. It will get good headlines though, which is all that matters.

How the Tories keep being able to claim they are a fiscally responsible party of government is a complete mystery. [Looks at current Labour Party] Ah yes, that explains some of it.

No, it doesn’t. Remind me who was in charge in the US leading up to the 2007-8 crash? The UK economy was just collateral damage. Brown was more or less forced to deregulate British banks by decisions taken in the US, otherwise they would have relocated themselves.

Well, vulture funds have just about destroyed Puerto Rico, now the US is going to get a bigger and colder one to exploit. The UK, which ran exploitation colonies for so many years, is now about to become one itself. Don’t blame me or my parents and grandparents, we’ve voted Labour for at least 100 years. Until 2003, when it became obvious that Labour was now part of the problem rather than the potential solution.

trying to convince companies to relocate. I would expect lots of other locales will do the same. 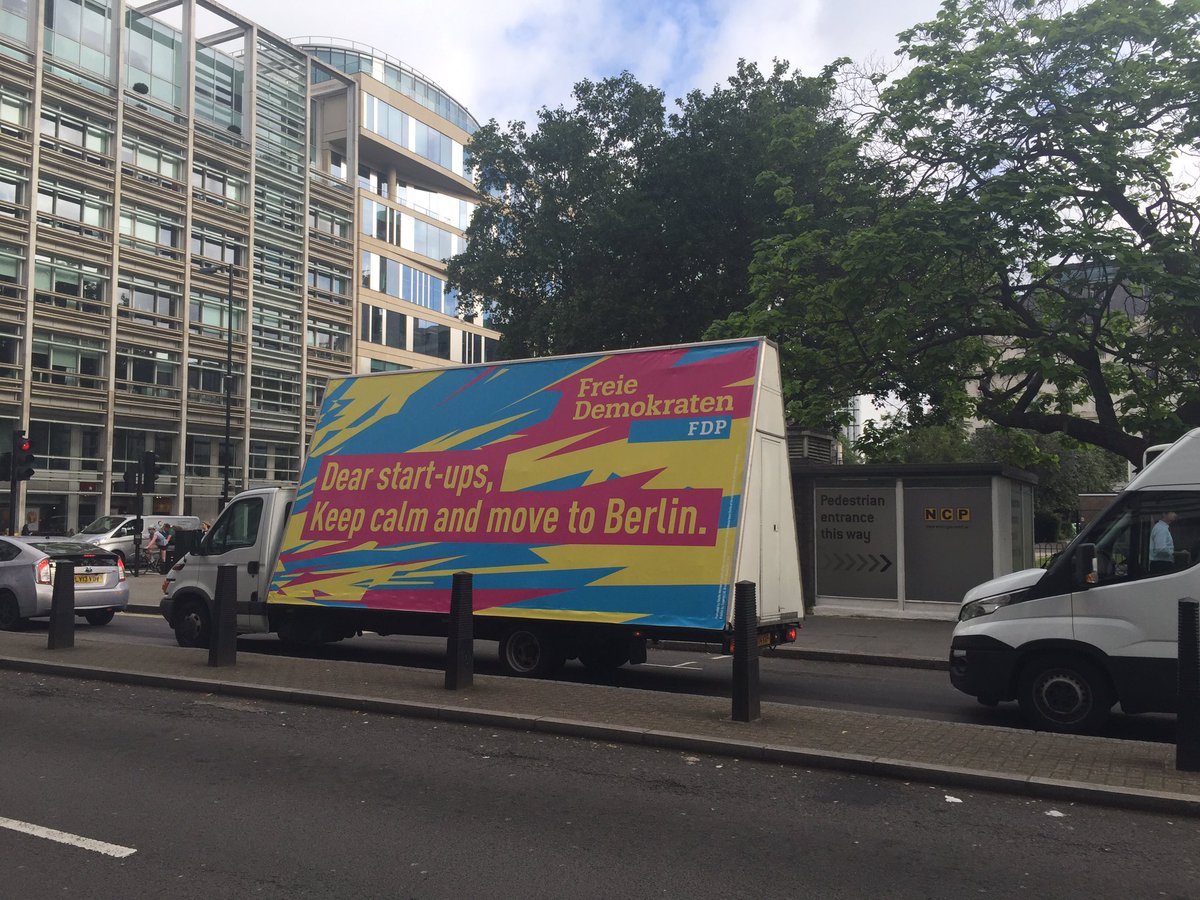 It’s disingenuous to elide that this was substantially a vote against immigration.

Almost certainly, and same here Chancellor of the Exchequer did explain in advance why it would be so. Of course, those who blame their problems on someone else won’t break the habit of a lifetime now just because they won a vote.

Brown was more or less forced to deregulate British banks by decisions taken in the US, otherwise they would have relocated themselves.

I know this is actually why Brown felt forced to deregulate. But honestly, it strikes me as if we* are making murder legal because otherwise the organized criminals will relocate.

* I say “we” because I see lots of countries, mine included, caught up in this kind of thinking

It’s the FDP. If they knew what’s popular, then they wouldn’t be circling the drain.

When you have senior figures using the phrase “opportunity to finish the job Margaret Thatcher started”, in public, like it’s a good thing, you know things are going to go swimmingly.

But honestly, it strikes me as if we* are making murder legal because otherwise the organized criminals will relocate.

At the time, Brown was trying to reduce child poverty. I detest Blair [and today’s Chilcott Report shows we’ve been right all along] and I detest Brown’s overweening ambition, but at least he tried to do some good. Unlike his boss, who just wanted to be an international statesman, but without putting the work in.

I know this is actually why Brown felt forced to deregulate. But honestly, it strikes me as if we* are making murder legal because otherwise the organized criminals will relocate.

I’ve often been in political discussions among groups of left-leaning people here in Austria who all agreed that the system was broken, but had no clue how to get out of it without making things even worse.

To use your metaphor, the mafia runs all our public services, so if the mafia leaves, sewers will overflow, trash won’t get collected and the public hospitals will stop operating. The death toll might be a lot higher than the number of people murdered by the mafia.
“Live free or die” might be a legitimate decision, but it should never be an easy decision to force on others.

…and money flows uphill. How does that happen? Capillary Action?

He quadrupled that debt in just over 5 years.

That’s the real cause of the mess. State debts.